People living in the area spent most of the day Thursday working to restore their neighborhood to its original beauty. 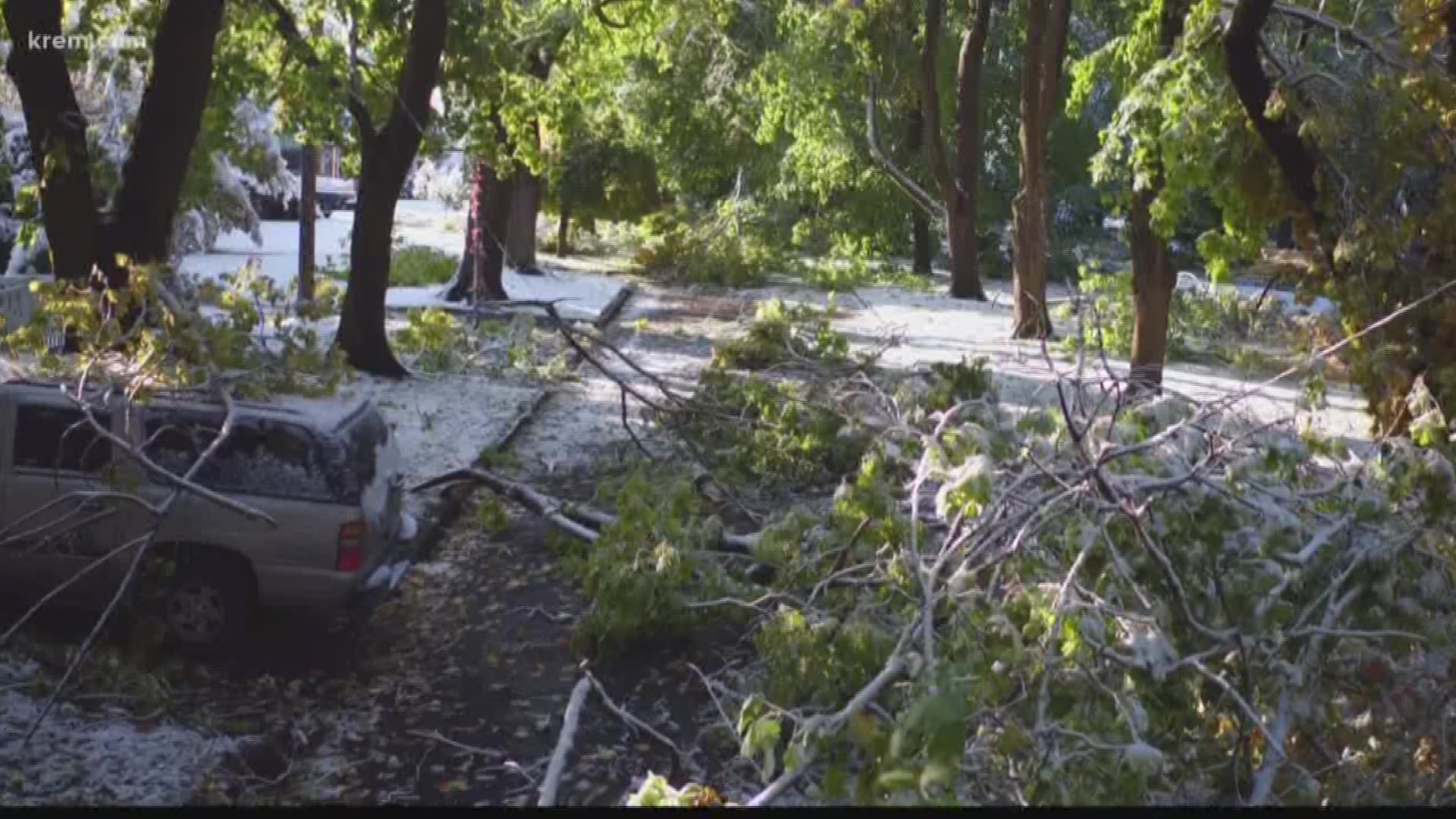 SPOKANE, Wash. — The area around Spokane’s Manito Park was one of the places that saw the most damage following Tuesday night’s snowstorm.

An unseasonably early snowstorm hit Spokane Tuesday night and into Wednesday morning, sending tree limbs and other debris into streets and yards all over the city, causing widespread damage.

People living in the area spent most of the day Thursday working to restore their neighborhood to its original beauty.

People cut away at fallen tree limbs with chainsaws, rakes and clippers.

“I knew the south side was hit really bad, and when my brother called me, I knew I had to come up here and help with this,” said Paul Hanson, who traveled to the South Hill from North Spokane.

Hanson said he traveled to the South Hill to help his brother with his damaged yard.

“I knew he had trouble, because he called me yesterday morning saying that there were branches in the streets,” Hanson said.

His brother recently had surgery, so working with yard tools and picking up branches wasn’t a job he could handle.

After chopping down branches, Hanson loaded a large pile of them into the back of his pickup truck.

Further down the street and around several blocks, many other people also worked to sweep up limbs and clear their driveways of debris the storm left.

RELATED: What homeowners should do for their yards, trees after snowstorm

RELATED: Power restored to 97% of Avista customers after Spokane snowstorm