'I'm the clock winder': How one man keeps Spokane's clocktower on time

People have guessed the clock is powered by everything from turbine power to really big batteries. The truth is, it’s a man named Mike Parks. 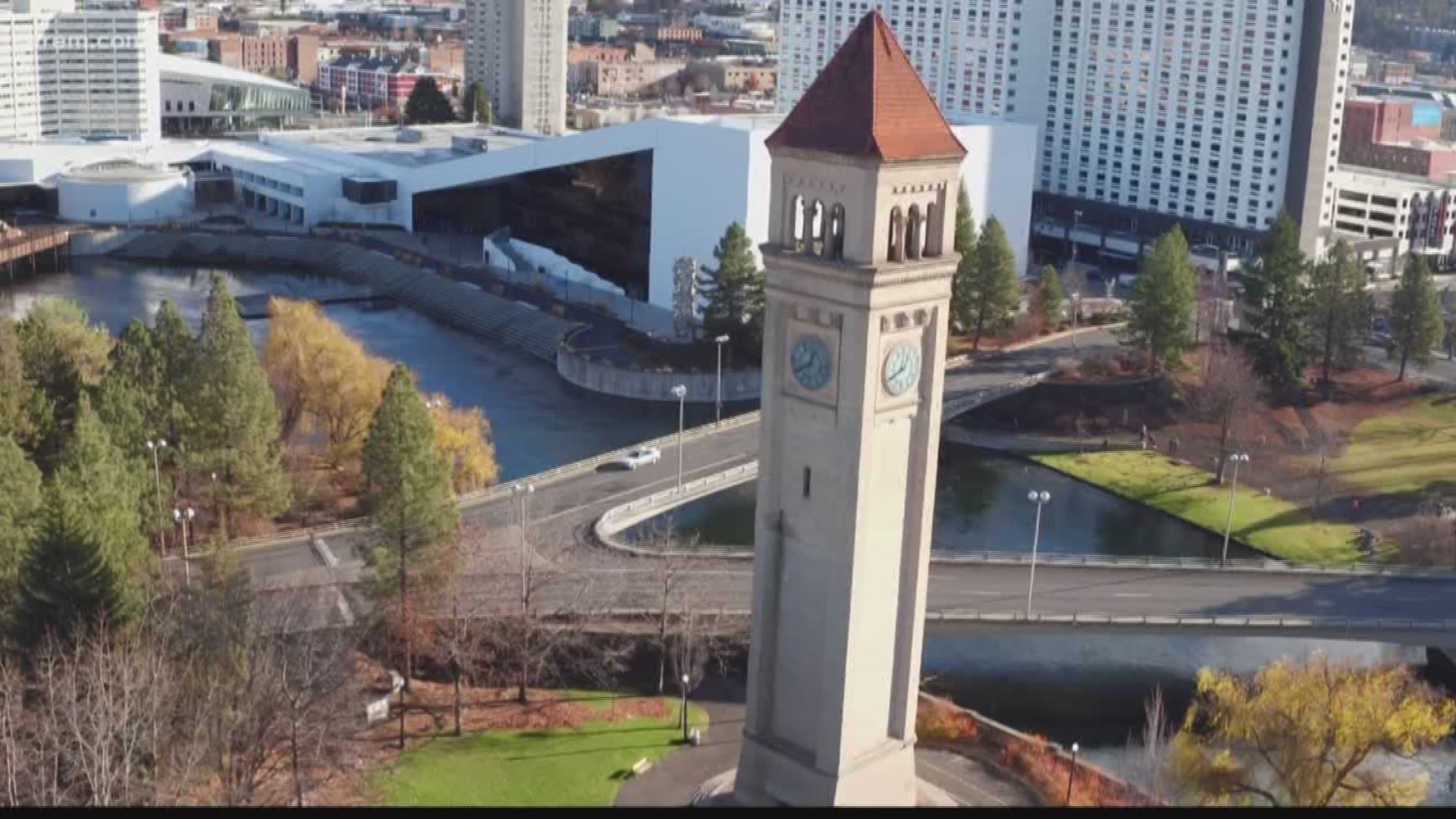 SPOKANE, Wash. — The historic clocktower in Riverfront Park stretches 155 feet into the Spokane Skyline, coolly keeping time as the city wakes and sleeps.

It was the centerpiece of the Great Northern Railroad Depot, completed in 1902. The train station was eventually torn down to make way for Riverfront Park and Expo '74, but the elegant clock tower endures.

But have you ever thought about what keeps the clock ticking every minute of every day?

People have guessed everything from turbine power to really big batteries. The truth is, it’s a man with the Spokane Parks Department named Mike Parks.

"I'm the clock winder, as they say," said Parks.

Every week he gets geared up to go up and wind the clock.

"It's a seven-day clock. I wind it every Wednesday," he said.

KREM 2 went along to get a rare look at how Parks keeps the clock ticking and it turns out it's the kind of tour that requires a workout. 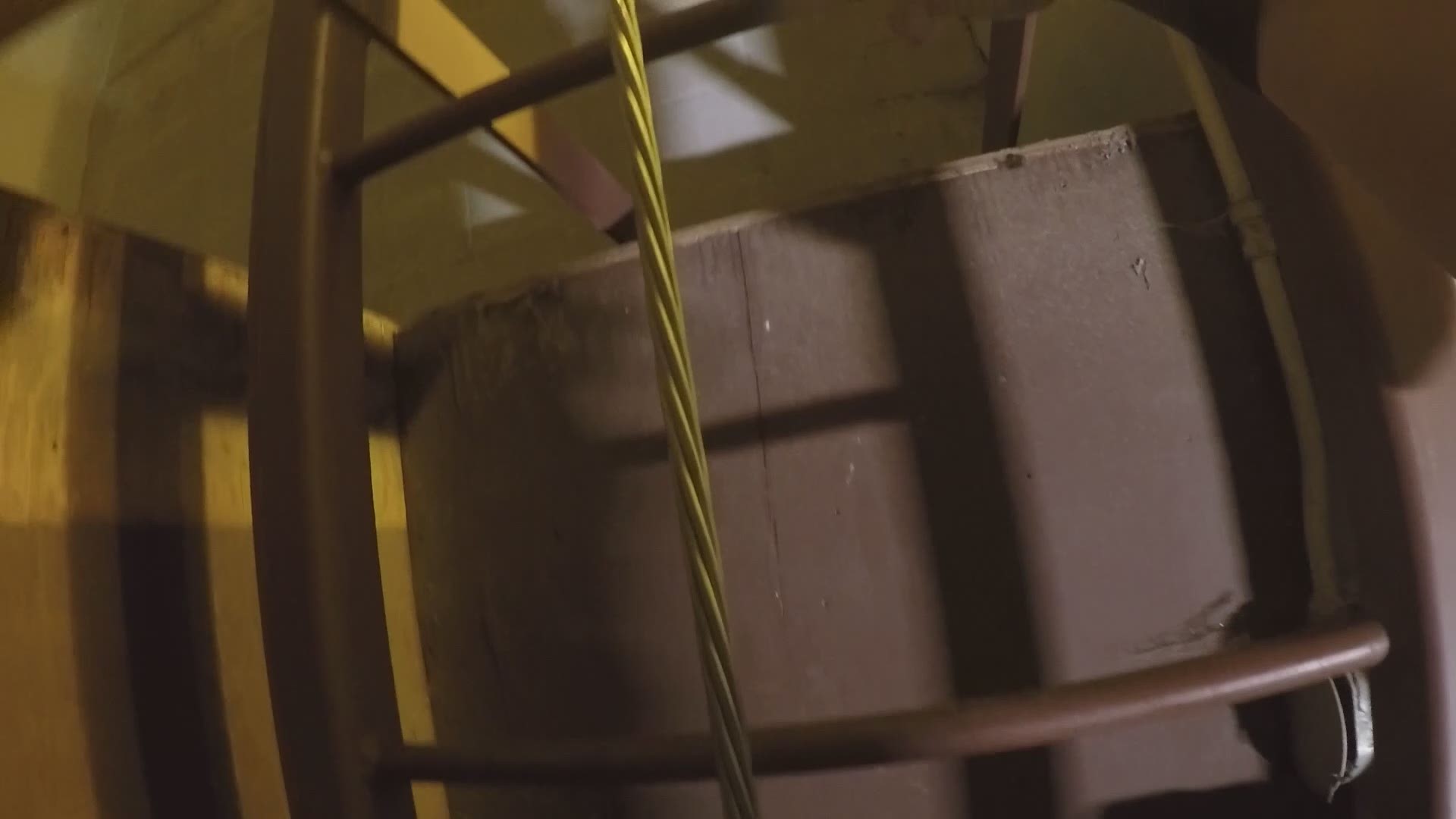 The fall restraint system is necessary because climbing to the clock mechanism is more straight up than stairs.

About halfway up the tower is what Parks calls “the oxygen floor.”

"This is the oxygen floor because by the time you get up here with the ladder climb and the two flights, this is where you rest," he said.

After more really steep stairs is the floor showcasing the four iconic clock faces. Each measures nine feet across.

"The first thing I do when I get up here, I adjust the time. I lose about a minute and-a-half a week," said Parks. “And the trick is when you're looking at it it goes backwards when you're adjusting the time."

Just behind the clock faces is the heart of the colossal clock. The mechanism is surprisingly simple and it ticks away in a tone more hushed that you might imagine.

The eight-foot pendulum and the rest of the mechanism weighs a hefty 500 pounds. It’s wound by a substantial hand crank more than two feet across.

"It's 98 turns on the handle and that gets me seven days’ time," said Parks.

And when it comes to Daylight Saving Time, it takes even more muscle to change the clock.

And if he doesn’t climb up promptly after a time change?

“I have lots of people watching my setting. So if it's off I hear about it," he said.

So if you notice the clock is off by 90 seconds, it’s time for Parks to scramble back to the top of the clocktower to help keep Spokane on time.

1 / 6
City of Spokane
Photos of Riverfront Park Clocktower throughout the years.