The project would include a playground, zipline and restoration of the Expo '74 Picnic Shelter, according to the submitted proposal. 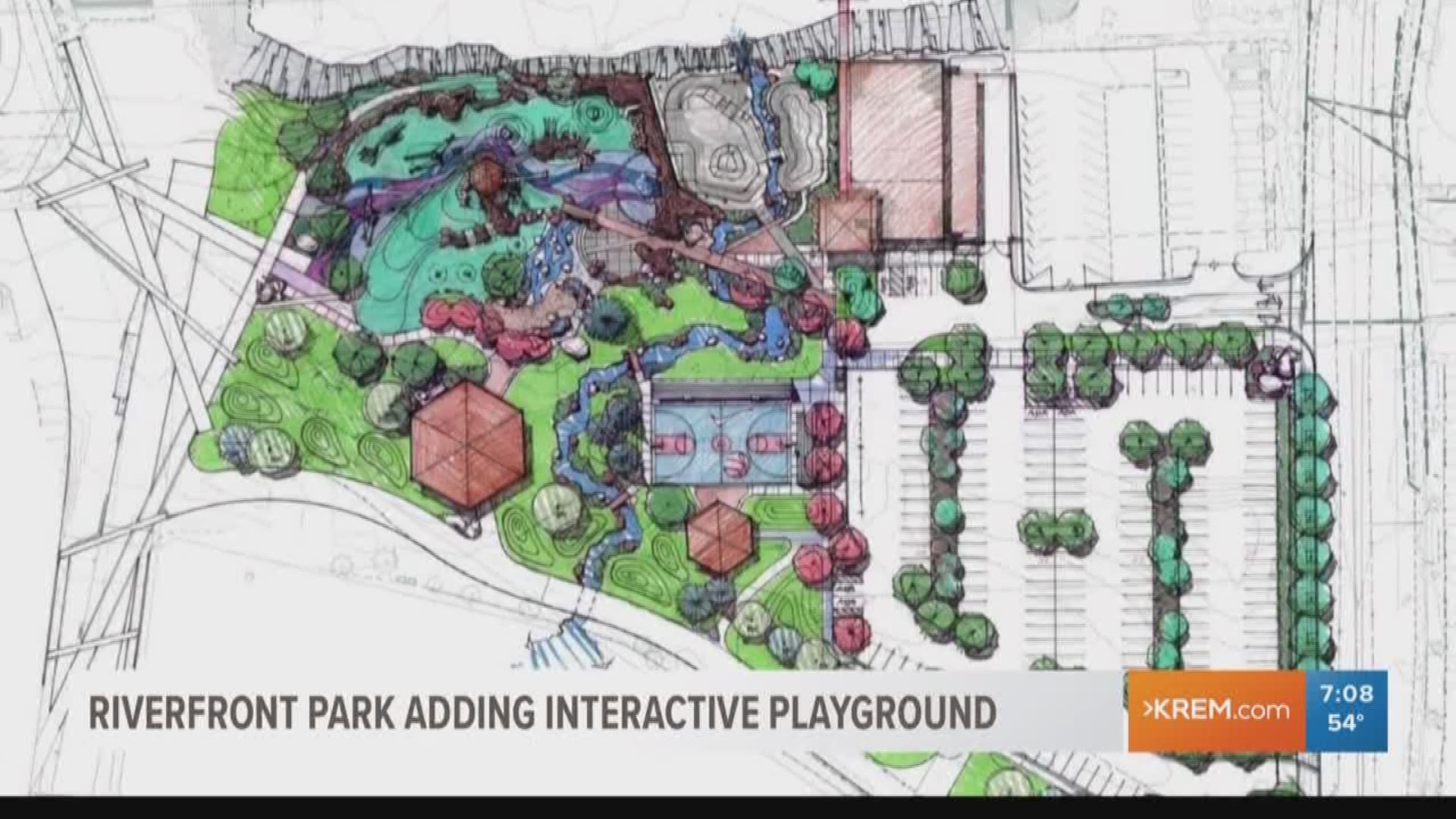 SPOKANE, Wash. — A design proposal prepared by SPVV Landscape Architects for the West Havermale Island project was submitted to the City of Spokane on June 12, according to proposal documents.

The West Havermale Island project is one of the final parts of the Riverfront Park Redevelopment bond passed by voters in 2014, according to proposal documents.

Design plans included in the proposal also show a zipline as part of the playground. The playground would also be split into a larger main playground taking up 8,800-square feet of space, while a 5,800-square foot space would be set aside for a sensory playground.

The proposal said that the Shane's Inspiration Playground is funded by "a generous donor in the Spokane community," and designers are currently planning on making the theme of the playground as a "contemporary take on Expo '74."

The proposed site is bound by Post Street on its west side; the Spokane River and Avista Upper Falls Powerhouse building on its north boundary; the Bill Fearn Conservation Futures, the Promenade and the site of the future "Step Well" sculpture on its East side; and the Sister Cities Garden, east-west vehicle path and the Promenade on its North side. The proposed site covers approximately 3 acres, according to the documents.

Additional features include 21 parking stalls, eight of which are ADA van-accessible. The project would also restore the Atkinson Theme Stream and Expo '74 Picnic Shelter, continuation of the Centennial Trail from the Promenade to the Post Street Bridge, limited east-west vehicle access to the Promenade and a maintenance and operations yard.