Spokane's Flag Commission narrowed a pool of over 300 submissions down to 12. Hear from the artists behind the designs. 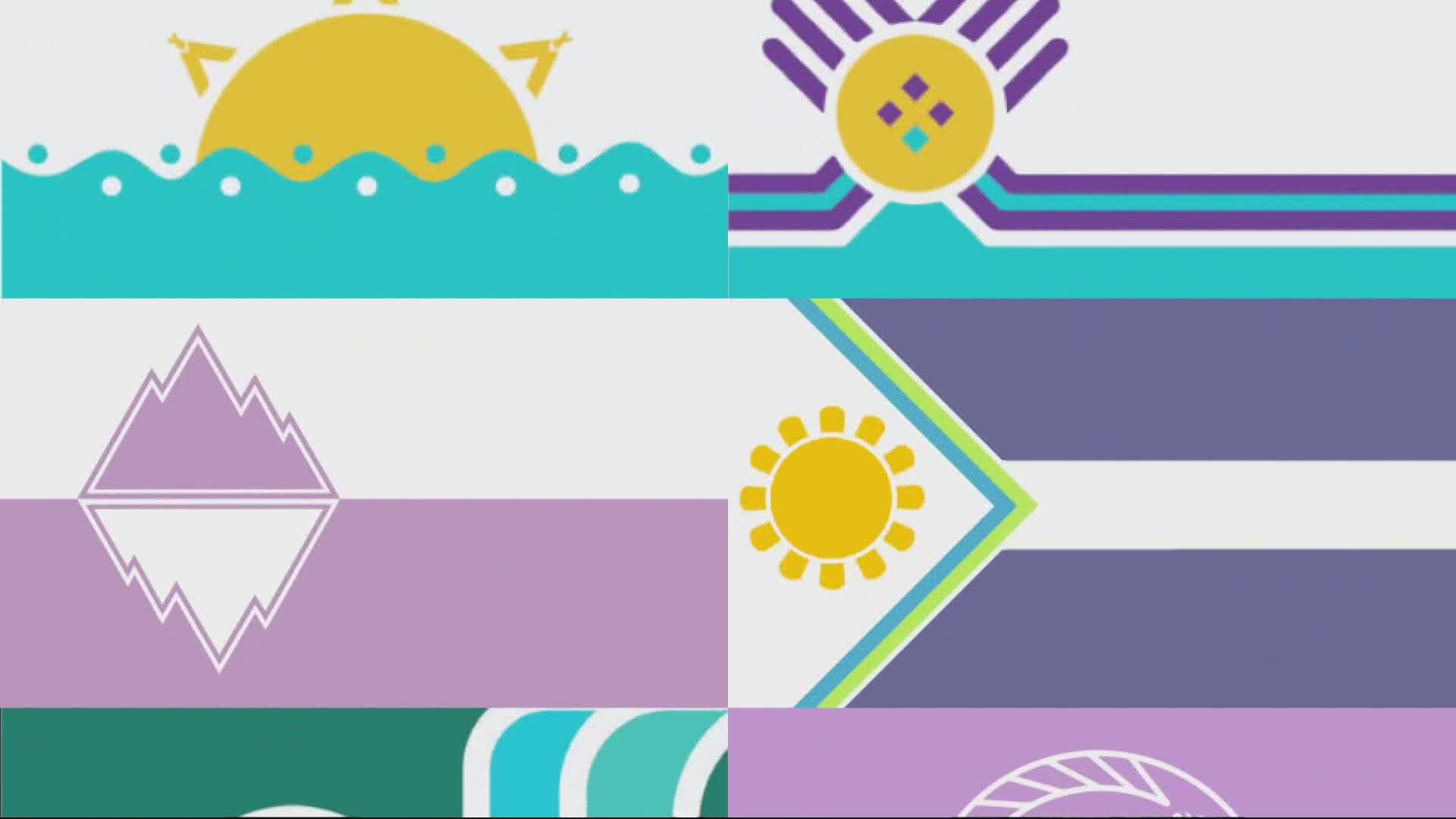 SPOKANE, Wash. — The Spokane Flag Commission is almost ready for residents to make the final choice on the city's next flag.

After receiving a total of 400 submissions, the commission has selected 12 finalists to be voted on by Spokane residents. The Spokane Flag Commission will open a voting portal on Monday, April 5 where the public will be able to rank the finalists to decide which one will become the fourth official Spokane flag, "replacing the ungainly and publicly unknown current flag which dates from the late 1970s," a release from the Flag Commission reads.

The public vote will be available through the end of April. Voters will need to have a Spokane Library card to vote. Registration is free and you can sign up either before or during the voting window to cast your vote.

An alternative voting portal will be provided to allow Spokane Tribe members who may not have free access to the Spokane Public Library to cast their votes as well.

PHOTOS: Finalists for the City of Spokane's next flag

1 / 12
Nick Schaffert
Spokane residents now get to vote on what will be the city's next flag. Here are the options.

The Flag Commission selected the finalists out of the top 100 most popular semifinalist flags, as chosen by the public in an online survey in December 2020.

“While it’s been a long road getting to this point, we’re incredibly excited to let the public make the final choice,” says Spokane Flag Commission Chair Joshua Hiller.  “It was amazing to see how much interest there was from both Spokane and abroad to design a new flag, and it was a hard choice to narrow down to just 12 finalists – there were dozens of incredible designs, but we think this set offers a diverse group of options.”

Spokane City Councilwoman Kate Burke suggested the city adopt a new flag in June of 2019. The flag commission met for the first time in December 2019.

Spokane's current flag became a hot topic once again when it was the subject of a viral TikTok made by Gonzaga student Bradley Miller. He called the flag "an atrocity."