Kim Kardashian trying to keep up while wakesurfing in Coeur d'Alene

Members of the Kardashian family posted on their social media that they were in Coeur d'Alene over the long weekend. 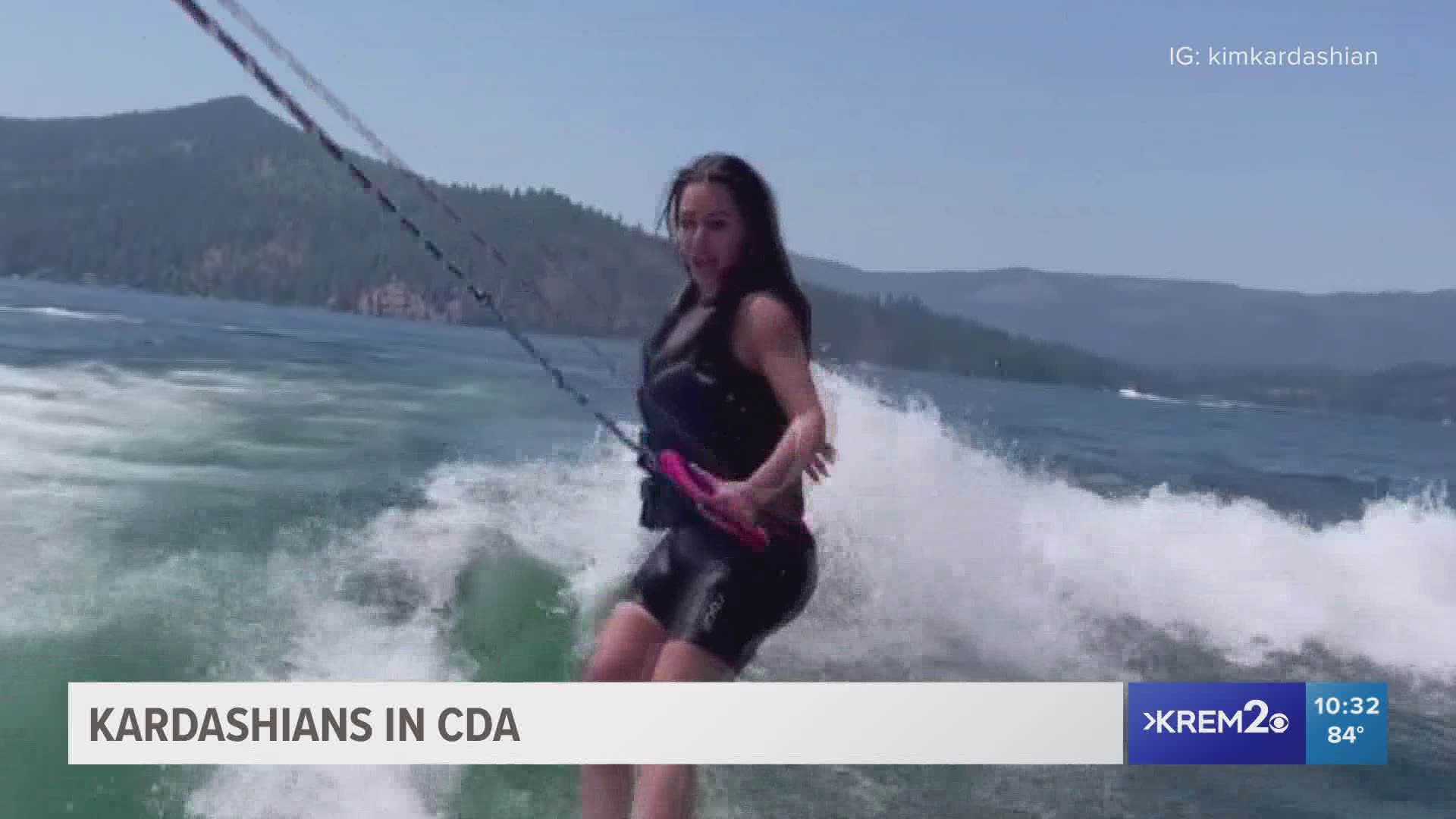 COEUR D'ALENE, Idaho — Kim Kardashian posted some photos and video of her and her family at Lake Coeur d'Alene Instagram.

According to TMZ, the Kardashians took a trip to Coeur d'Alene for the Fourth of July holiday weekend. Photos and videos posted by Kardashian show her wakeboarding on the lake and playing near their pool with her kids.

She shared a video of two of her kids sliding down a slide into a pool with the caption, "Just when I thought Saint was being nice." The video shows one of her kids pushing the other down first.

Kourtney Kardashian has also visited Coeur d'Alene and posted pictures from her trip in 2020.

Lake Coeur d'Alene has become somewhat of a hotspot with celebrities.

Kardashian has not been the only celebrity at Gozzer in recent years. Gossip website TMZ claimed that former One Direction band member Harry Styles was staying at Gozzer.

Justin Bieber and Mark Wahlberg are also believed to have been in Coeur d'Alene recently.

Wahlberg posted a picture of himself and his family enjoying time on a beautiful lake resembling Lake Coeur d'Alene.