The founder of the Hagadone Corporation died at 88 in April and is being remembered fondly by friends and family. 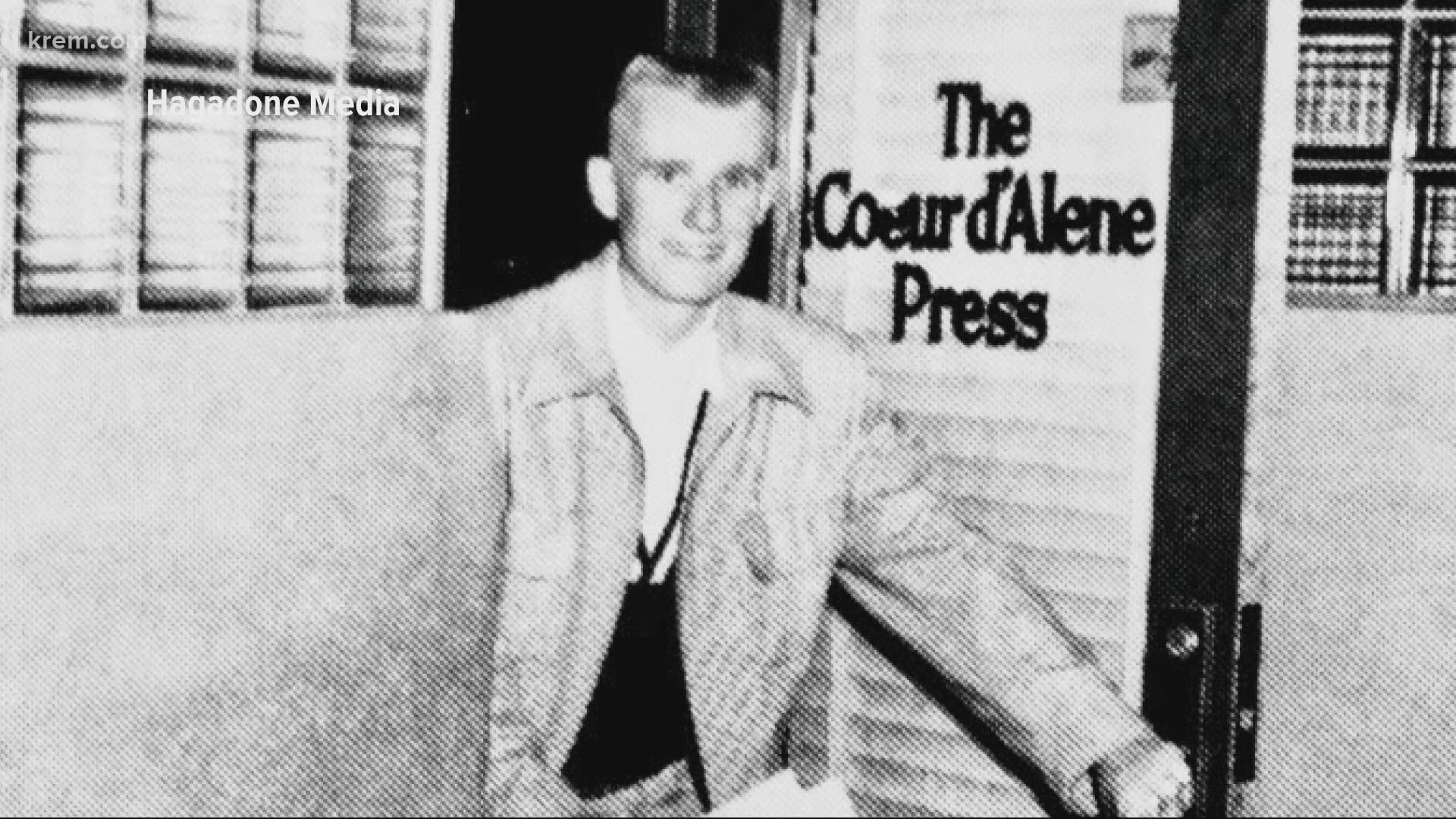 COEUR D'ALENE, Idaho — In April, the Hagadone family announced that Duane Hagadone, founder of the Hagadone Corporation, died at the age of 88 at his winter home in Palm Desert, California.

In a statement released to our news partners at the Coeur d'Alene Press, the Hagadone family said, "A native of Coeur d'Alene, Duane loved North Idaho and the communities that the Hagadone Coporation has served."

The Hagadone Corporation owned many local newspaper in the Inland Northwest, including the Coeur d'Alene Press and the Bonner County Daily Bee.

This year for Coeur d'Alene's Fourth of July fireworks show will be longer at 45 minutes in tribute to Hagadone.

Craig Brosenne, president of the Hagadone Marine Group, said the Hagadone family made a substantial donation to the display in honor of Duane Hagadone, who passed away earlier this year. As a result, this will be Coeur d’Alene’s largest Fourth of July fireworks show ever, he added, triple its usual size.

“Brad Hagadone came up with the idea to honor his father by having a special shoot this year because we didn’t have one last year,” Brosenne said.

While many people will remember him as a prolific businessman, friends and family are remembering him as an "extraordinary gentleman." David Kilmer is one of those people.

In a Facebook post, Kilmer told the story of how he has worked for Hagadone for 30 years, starting back in 1991 when he joined the Priest River Times as a writer. At that time, Kilmer said Hagadone was already a legend.

Kilmer said the man known to those close to him as 'DBH' had a gift - recognizing the raw and undiscovered talent in people and giving them a chance to succeed.

In fact, 15 years ago, Hagadone gave Kilmer another great chance to be the captain of a sailing yacht named Sizzler on Lake Coeur d'Alene. He said when he went into the interview with Hagadone, he was impressed that Hagadone already knew everything about him.

Kilmer also said that Hagadone led by example, stuck to his word, listened to others more than he spoke and always gave people a second chance.

Robitaille, echoed these sentiments, and said they were likely a reason for his success.

"Everyone speaks so highly of him, his work ethic, his care of people, his care of his employees, and then again, his attention to detail," Robitaille said. "I think those are the things that really made him successful and his operations successful.”

Coeur d'Alene has lost one of its brightest lights in a man Kilmer said always made people feel like they were in the presence of true greatness.