Justin Bieber and Mark Wahlberg are also believed to have spent time in Coeur d'Alene recently. 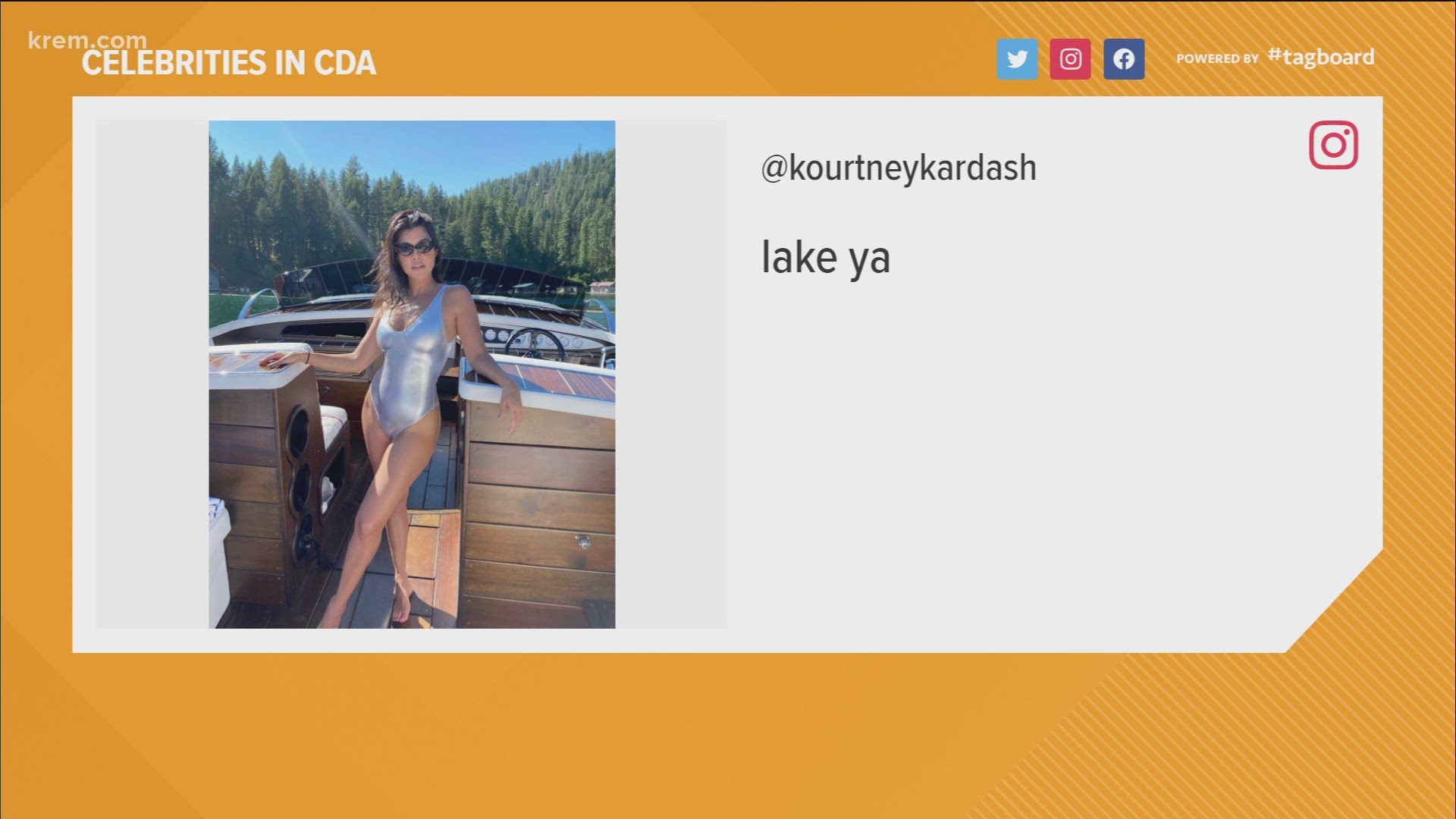 COEUR D'ALENE, Idaho — Ceour d'Alene is earning a name for itself as a prime vacation spot for Hollywood's big names.

Kourtney Kardashian is believed to be vacationing in the area with pal and E! host Jason Kennedy.

Kennedy posted a video to his Instagram faking a news report live from Coeur d'Alene about a fire off of Gozzer Road. Kennedy tosses to "eye witness" Kourtney Kardashian, asking her about what she saw.

Kennedy and Kardashian have been known to spend time at Gozzer Ranch, a private golf club that sprawls across 700 acres on the east end of Lake Coeur d’Alene.

Kennedy also interviews Kardashian's ex-boyfriend Scott Disick about getting stung by a bee that Disick jokingly claimed was a murder hornet.

Disick called the area "pretty, other than the fires."

Justin Bieber and Mark Wahlberg are also believed to have been in Coeur d'Alene recently.

Wahlberg posted a picture of himself and his family enjoying time on a beautiful lake resembling Lake Coeur d'Alene.

Bieber posted a picture of himself and his wife Hailey in front of what appears to be Lake Coeur d'Alene. Bieber is also wearing a golfing glove, suggesting he may have visited Gozzer ranch as well.