Coeur d'Alene's housing market is the hottest in the nation by some metrics, but wages have mostly failed to keep up with the sky-rocketing housing prices. 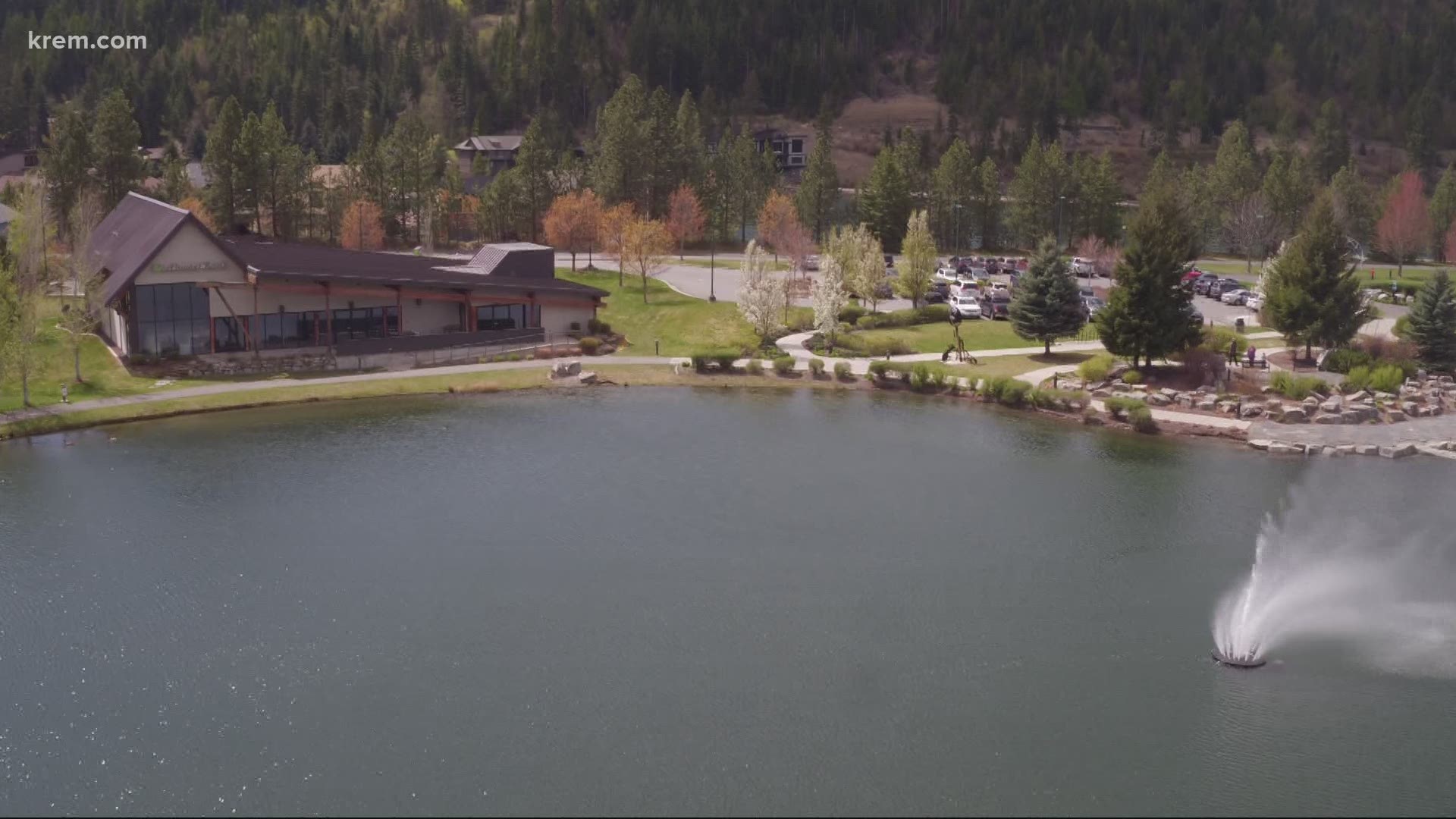 COEUR D'ALENE, Idaho — Coeur d'Alene's secret is out. The beauty, new developments and plethora of recreational opportunities have struck a chord with people looking for a new home.

The area is attracting people looking for a vacation home during the beautiful North Idaho summers or snow-filled winters on the ski slopes. Realtors also said lower tax rates and relaxed COVID-19 restrictions have played a role in North Idaho's boom.

"It's a great place to live," said a man playing with his child at Coeur d'Alene's McEuen Park.

"There's just people moving in so fast, and it's just amazing," said another man walking his dog.

"It's just a great area to move to," said Ron Bulwin, a local house painter who's been trying to buy a house for him and his wife.

These factors all led to Coeur d'Alene being named the hottest housing market in the United States by the Wall Street Journal and Realtor.com, beating out places like Billings, Montana, Austin, Texas, and even Spokane, which came in fifth place.

Kristen Johnson has been a realtor in Coeur d'Alene for 17 years, and she said she's never seen a housing market like the one the area is currently seeing.

"This is a different market than I've ever experienced selling in. It's tougher now," Johnson said. "We have buyers that come in and I'm not able to show them property for four days."

Bernie Dituri has been in the area for 23 years, and she said the change is likely not going to slow down.

"I'm just waiting for Post Falls and Coeur d'Alene to connect here in a second now," Dituri said. "That's how much growth its been. It's really, really amazing."

Houses are going faster than ever, with some closing within a week after receiving multiple offers over the original listing price, according to local realtors. Some of those offers are cash-only, making them even more attractive to sellers.

This has resulted in the median housing price jumping 44% in the last year, according to the Wall Street Journal and Realtor.com.

The hottest market in the country may be good for seller and developers, with houses flying off the market and more and more developments being built to accommodate the influx of people.

But while people are chomping at the bit to move to North Idaho, or to sell their house for a nice profit, those who call the area home are feeling the growing pains.

They didn't have much of a choice, however, as the fast growing market eliminated the possibility of raising their newborn in the same neighborhoods where they spent their childhoods.

"It kind of stinks," Wagner said. "Just because, it is where both of us grew up, and it almost feels like you're being pushed out because you can't afford to live there anymore, is kind of a crushing feeling."

She's far from alone. Many people reached out to KREM after it was originally reported that Coeur d'Alene had been named the hottest housing market in the country. Many of them said they were looking at houses outside of the Coeur d'Alene area because they could no longer afford it, even if they grew up and lived in Coeur d'Alene.

Grace Cox is another example of someone who can no longer afford to live in the area. After a divorce, she's a single mom with two teenagers and a seven year old living in a Post Falls duplex.

"It's [the housing market] very hot," Cox said. "Outside buyers from other states are coming in and offering tens of thousands in case over the asking price. I cannot compete with that right now. The only thing I really want is for my kids to have a house. My dream is to have a home for my children, and that's not happening."

After saving up to buy her own house, she feels the market has left her in the dust.

"It's been very disheartening ... I was hoping to buy a house this year," Cox said. "I was finally able to get my credit together, and the down payment, a nice down payment, and I was still only approved for $225,000, And as we all know, you cannot find anything for that price in this area."

Wages haven't kept up with the skyrocketing housing prices in the Coeur d'Alene area. The latest statistics from the Bureau of Labor Statistics show the average private worker in Kootenai County makes $20.74 an hour, or a little less than $3,200 a month. This is close to what Cox said she makes at a local bank.

According to Realtor.com, the median house price in Coeur d'Alene is $495,000. Using its loan calculator, if a person makes the average down payment in the United States of 6%, the monthly mortgage payment would be $2,892, which represents about 90.5% of an average worker's monthly pay. This is much higher than the 30% some economists recommend people spend of their monthly take home on housing.

It's a similar story for minimum wage workers just trying to rent an apartment. With Idaho still using the federal minimum wage for non-tipped workers, they can expect to take home about $1,100 a month before taxes.

As of May 11, Apartments.com only listed five properties with one-bedroom apartments within this price range, and only one of them had units available. Those units were also usually more than 75% or more of a minimum wage worker's monthly pay.

This combination of skyrocketing housing prices and lagging wages has some people facing a tough decision.

"The East Coast has affordable housing right now, but that means leaving all my family, all my friends, my kids have grown up here, and that means leaving them and that's really sad," Cox said. "I do not want to have to do that. My kids don't want to leave their friends. My work, I'm not sure if I could relocate, so that's another factor. So, that's we're kind of where I'm at right now."