Teachers were inside Ancient Lake Elementary School when the roof blew off but no one was hurt. 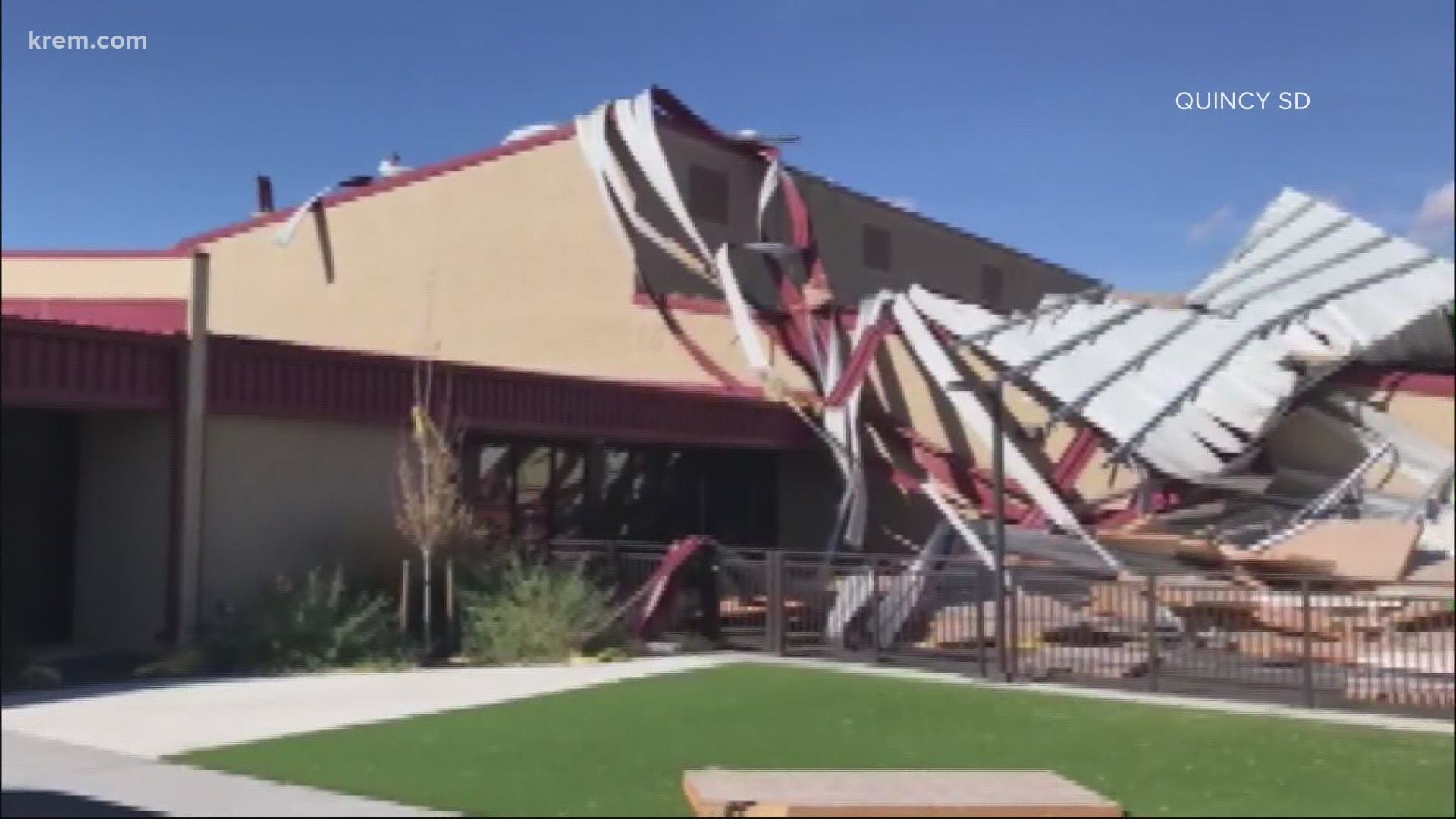 QUINCY, Wash — A windstorm on Tuesday tore off the entire gym roof at Ancient Lakes Elementary School in Quincy.

According to the Quincy School District, a series of microbursts of wind is what caused “extensive structural damage” to the gym.

Superintendent John Boyd told KREM 2 that teachers have been using the school building for remote learning. Although teachers were inside the school when the roof blew off, Boyd said no one was hurt.

The building was originally the district’s historic Quincy Middle School. The school board approved a $13 million bond package to renovate the building into Ancient Lakes Elementary School.

Boyd said the roof is 30 years old and did not get any upgrades during the remodel.

Renovations were completed in September 2019 and the building was barely used due to the coronavirus pandemic.

The school’s security video captures the roof getting torn off Tuesday night.

“My secretary said it looked like, on the video, like someone had just turned over a tortilla on a pan,” Boyd said.

All teachers using the building will do remote learning from home for the next few days until it is safe to return.

Boyd said the district has been working on a phased reopening plan for kindergarten through second grade students. The district hoped to get students back into the building by Nov. 10.

“We’re hoping to get that area repaired by that time,” Boyd said. “So the board is going to pass an emergency resolution to get the work done and expedite it so we can get that done.”

In a Facebook post on Wednesday, the Quincy School District said meal distribution at Ancient Lakes Elementary is canceled the rest of the week. Families are asked to pick up meals at other school buildings or bus sites.