Wind gusts sat in the 40-to-60-mph range across much of the Inland Northwest, including the Spokane area and North Idaho. 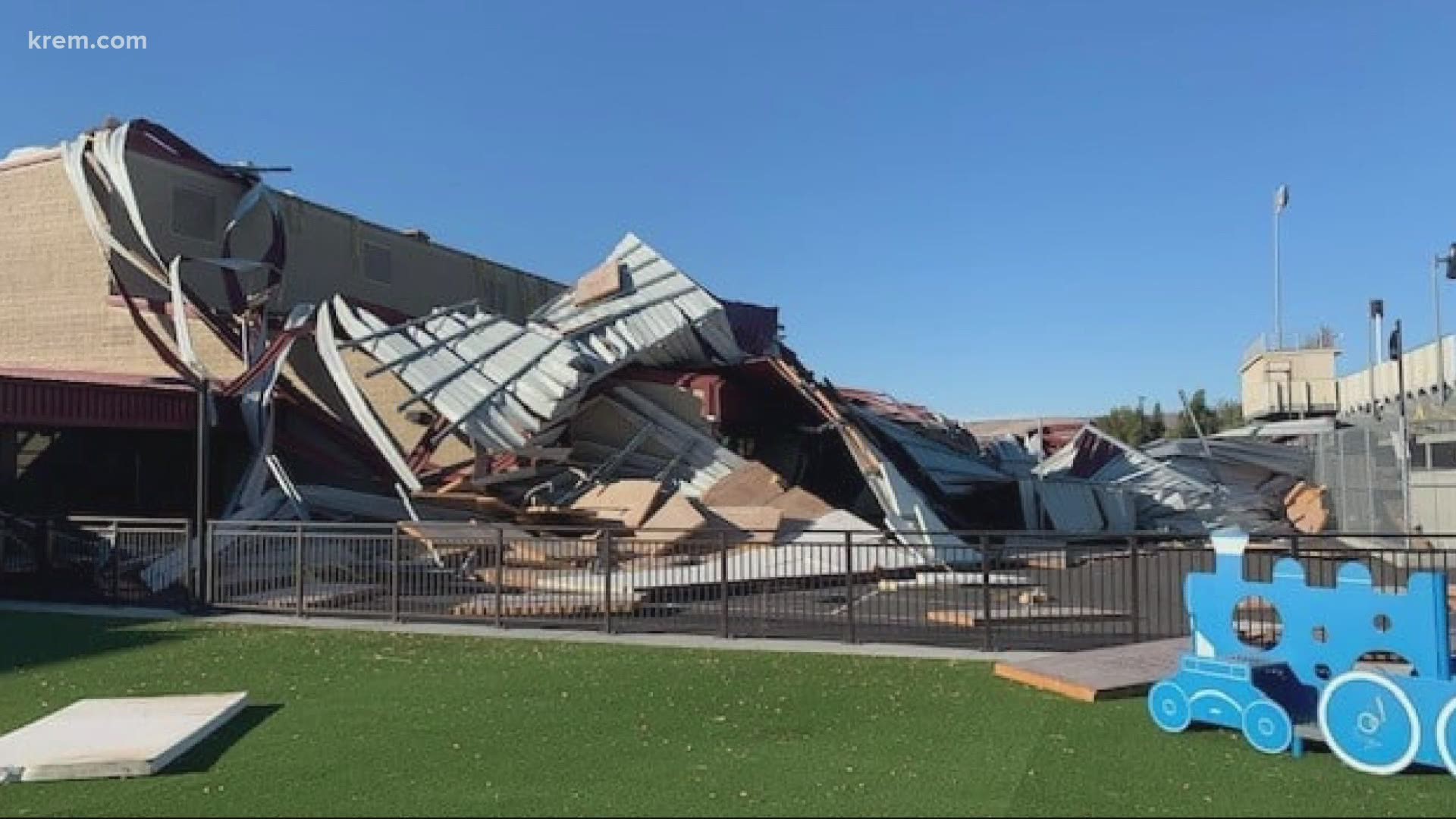 Most of the power outages have been restored but some residents are still in the dark on Wednesday morning.

A High Wind Warning was in effect until 11 p.m. on Tuesday as wind gusts sat in the 40-to-60-mph range across much of the Inland Northwest, including the Spokane area and North Idaho.

Wind gusts reached 47 mph at 4:30 p.m. in Spokane and 35 mph in Coeur d'Alene, according to the National Weather Service's office in Spokane.

Thousands of Avista customers had their power restored after high winds knocked out electricity around the Inland Northwest.

More than 4,000 Avista customers had their power knocked out due to the high winds, but less than 100 customers were still without power as of Wednesday morning, according to an online outage map.

Customers who are still experiencing a power outage are encouraged to report it online or by calling 800-227-9187.

Twenty-one customers are still without power Wednesday morning after thousands were impacted on Tuesday afternoon.

The gym at Ancient Lakes Elementary School in Quincy was heavily damaged by wind on Tuesday, according to Quincy School District Superintendent John Boyd.

According to a post by the Quincy School District, a series of microbursts caused "extensive structural damage" to the gym. Photos appear to show the roof being torn off the building.

The building was originally Quincy Middle School. The school district received a $13 million grant to remodel the building and turn it into the Ancient Lake Elementary School.

Boyd said the roof was 30 years old and did not get an upgrade in the remodel.

Renovations were completed in Sept. 2019 and the building was barely used due to the coronavirus pandemic.

Some KREM 2 viewers are also reporting downed trees in the Spokane area.

KREM photojournalist Dave Somers said a big part of a tree fell on a Jeep along 11th Avenue near Perry Street.

A big part of this tree fell on a Jeep along 11th near Perry. @KREM2 Still gusting here. Keeping it safe. pic.twitter.com/jf2vWWblEI

One viewer snapped a photo of damage near the playground at Manito Park on the South Hill, while another shared one from Spangle.

A tree fell into power lines near 8th Avenue and Dearborn Road in Spokane Valley, according to Somers.

A tree fell into power lines here near 8th and Dearborn in Spokane Valley. @KREM2 pic.twitter.com/JhEWJrs5yx

A tree also went down and blocked a lane of traffic near the corner of Third Avenue and Florida Street.

Another look at one of the downed trees. In a vacant area near the corner of 3rd and Florida. Use caution driving on Third. One lane is blocked pic.twitter.com/XZL6z2Gtxe

As of Wednesday morning, Spokane Public Works spokesperson Marlene Feist said 10 trees in the streets had been reported and a handful of signs were blown over. She said the city also had to reset a few traffic signals. Overall, she said the damage was fairly minor.

Feist said city street crews will be in the following areas on Wednesday doing clean-up:

Do you have photos of windstorm damage? Send them to us by using the Near Me feature on KREM 2's mobile app.

In Pullman, a tree hit a house near Washington State University's Greek Row.

According to KREM's Brandon Jones, Avista crews were on scene as power lines were downed. The tree also hit a house and a car.

A Dust Storm Warning was in effect until 5:45 p.m. on Tuesday for areas east of Moses Lake, southwest of Odessa and northwest of Lind. NWS says it primarily impacted areas along Road 12-NE to W. Davis Road in Grant County, and along the border of Lincoln and Adams Counties.

Road W-NE / Road 12-NE was closed due to a crash and there was no visibility north of Road 11-NE due to blowing dust, according to the Grant County Sheriff's Office.

A 71-year-old woman from Odessa died in the crash when her vehicle was struck from behind by a semi-truck during the dust storm.

Kelly Korpinen was driving a 2020 Jeep Cherokee north on Road W-NE when she approached the brownout conditions of the dust storm about six miles north of the town of Ruff, authorities said. She stopped her vehicle, blocking the northbound lane. The Jeep was then struck from behind by a 1997 Peterbilt water truck driven by 27-year-old Randy Gross of Marlin.

Korpinen was pronounced dead at the scene and her body is in the care of Coroner Craig Morrison, the sheriff's office said. Korpinen’s next-of-kin have been notified and Gross was not injured.

Both drivers were wearing seat belts at the time of the collision, and alcohol or drugs were not a factor, according to the sheriff's office.