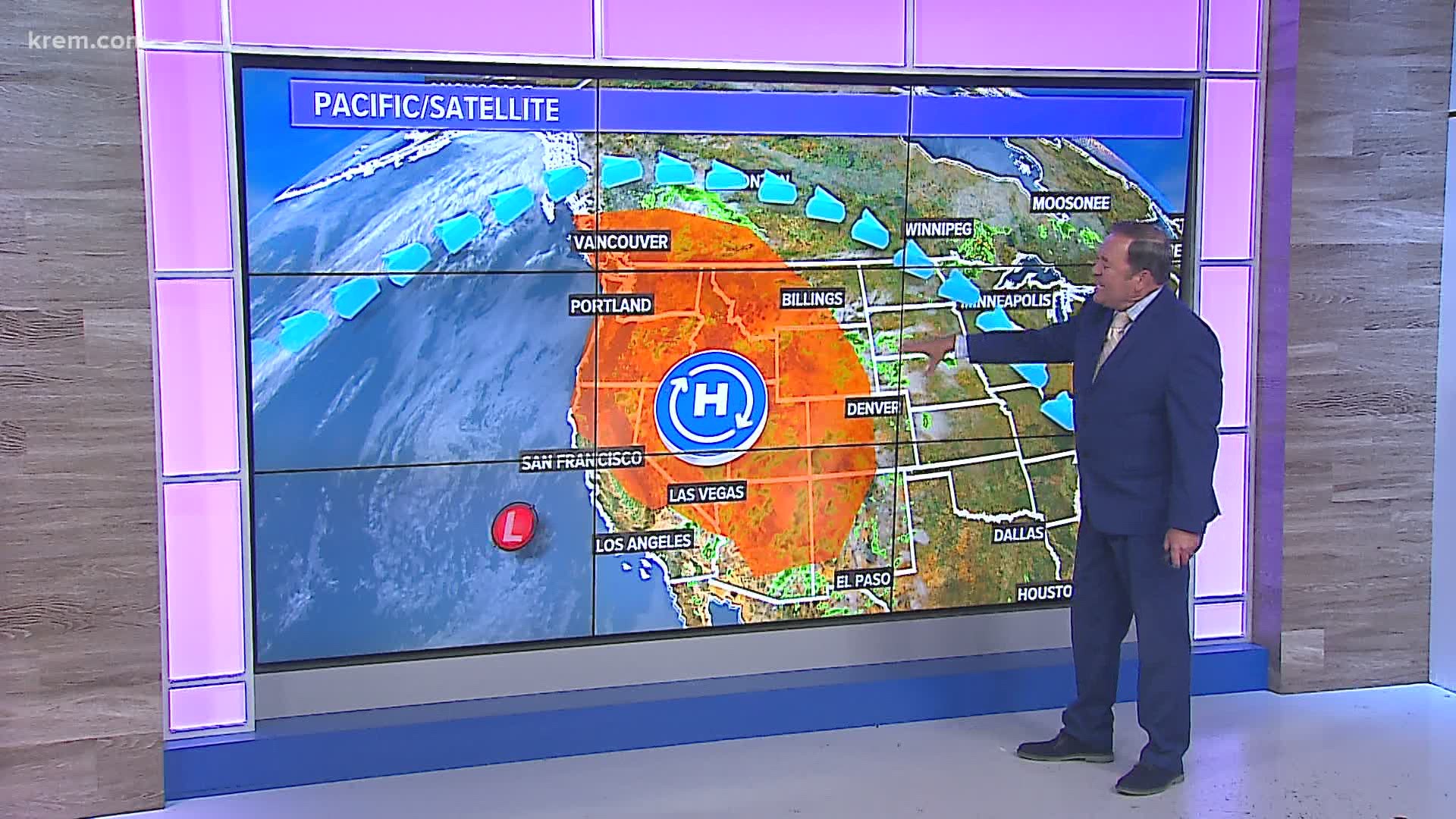 SPOKANE, Wash. — Spokane and the Inland Northwest are about to experience a heat wave the likes we haven't seen in years, if not all time. Forecasts for temperatures in the 100s would easily break daily temperature records with some areas pushing the 110s.

Now it appears that all-time high temperature records may be in danger of falling during this heat wave. In Spokane, the city hit 108 degrees on July 26, 1928 and again on August 4, 1961. KREM Chief Meteorologist Tom Sherry's forecast for Monday, June 28 and Tuesday, June 29 is 109.

Other all-time high temperatures records for the area include 110 degrees in Omak, 109 in Colville, 108 in Rosalia, and 105 in Bonners Ferry.

Here is a sampling of some of the all-time record high temps that could be broken over the next week. Spokane is already forecasting weather as hot as 110 with the record standing at 108 (years: 1928, 1961). #KREMweather pic.twitter.com/mIZ9zNNYXQ

Between Saturday and at least Tuesday of next week, Spokane's highs will be in the 100s which is record breaking territory to begin with in terms of daily records. The daily record highs are between 98 to 105 from June 25-30. Spokane is already forecasting 109 at the peak of this heat wave.

Speaking of 105 degrees, it was June 28, 2015 when we hit 105 and thus set the hottest temperature recorded in the month of June. We all remember 2015 as a hot summer and on record it was the hottest summer ever in Spokane. This is just another record that could be broken.

Why is this happening and why is there such confidence that all these record are in danger, especially as we forecast five days in advance and then some? The weather pattern responsible for this is called a "Heat Dome." A massive area of high pressure that is purely hot through-and-through the atmosphere.

The result of the hot air physically expands the atmosphere and pushes the jet stream and other weather systems far away from the anchor point. This results in long periods of extreme heat for all states underneath the heat dome.