A family in North Carolina lost three dogs to the algae just hours after swimming in a pond. 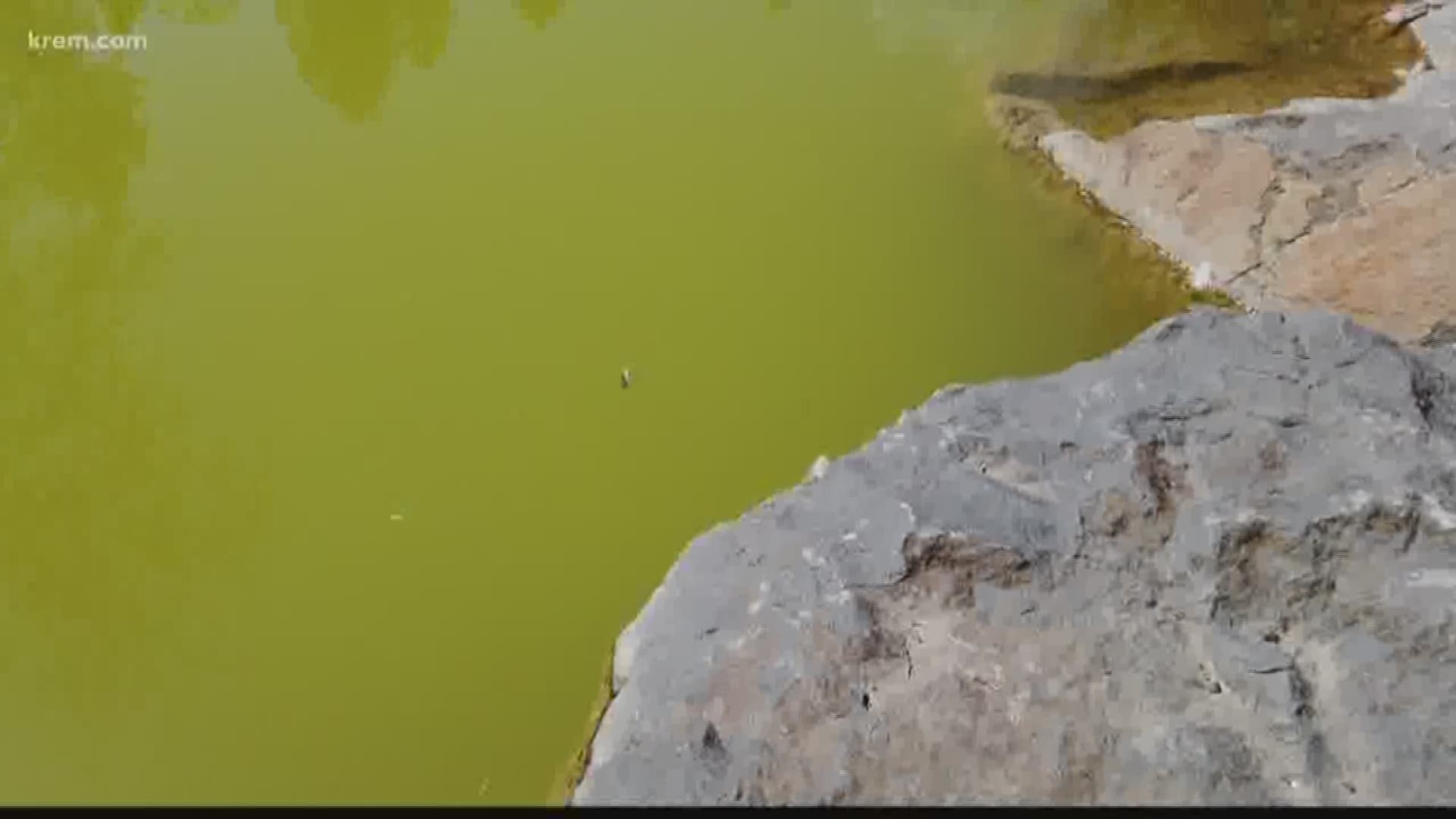 SPOKANE, Wash. — Toxic blue algae is an increasing concern across the United States. Just recently there's been several reports of dogs dying after swimming in freshwater.

So, how do you know if the water is safe for you and your dog and are the algae blooms happening around here?

The algae’s common to Washington and it normally develops in the late summer and early fall because of warmer waters. According to Ryan Lancaster of the Eastern Region Department of Ecology, there hasn't been any out of the ordinary conditions in the area but you should be on the lookout.

“If you see any amount of the blue-green kind of paint looking stuff on the water, you should definitely steer clear. It can also look like pea green soup when the wind churns it up, but if you see it, it’s best to be safe and keep away.”

There currently isn’t a way to stop the algae, but if you have concerns on whether it’s in a lake or pond near you, researchers suggest that you collect a sample and send it in to the state. They'll then be able to get results and place a large caution sign in the area if it is contaminated.

The Spokane Fish and Wildlife Service said they weren't aware of any current problems in the area and the local veterinarians we spoke with said they haven't seen any cases of sick dogs tied to blue algae.

The best bet is to use caution and to look out for the major signs of heavy build-up and check Washington State Toxic Algae online for updates.

RELATED: How to keep your dog safe from deadly blue-green algae