Untold Stories: The time a GU coach hit Laura Stockton in the face with a soccer ball 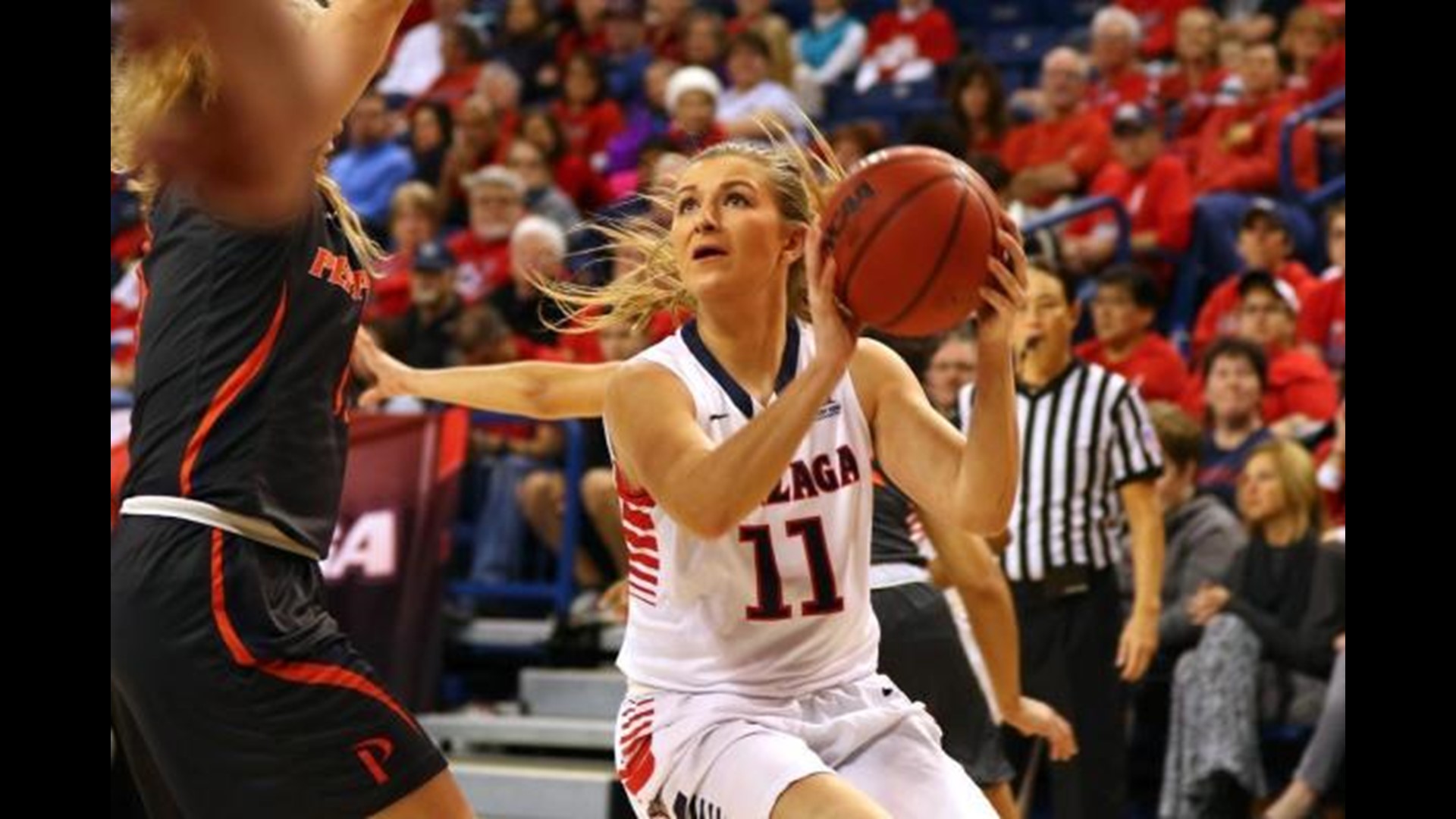 SPOKANE, Wash — Laura Stockton was in middle school and hadn't yet committed to Gonzaga to play basketball.

She was playing in a pickup soccer game, along with Gonzaga women's basketball head coach Lisa Fortier and assistant coach Craig Fortier.

Craig had the ball at his feet. That's when an unfortunate accident happened.

"My husband kicked the soccer ball so hard, it hit her either right in the gut or right in the face right after her dad walked in the door," Lisa Fortier had said before remembering Craig had kicked the ball right at Laura's face.

Of course, Laura's dad is none other than Gonzaga men's basketball and NBA legend John Stockton.

"I was like 'Are you serious? This kid is going to be really good and you just hit her in the face with a soccer ball,'" Lisa recalled of what she said to Craig.

In a story that's quite funny now, wasn't so funny to Lisa then. She said she was petrified by the situation that had unfolded. She wanted to be in Laura's good graces as they were eventually going to recruit her to play for the Zags.

"I knew her dad was there, I knew Craig had done it," she said. "It wasn't just some stranger that hit her in the face and I knew we were going to be recruiting her at some point."

Of course, Stockton still ended up committing to Gonzaga despite the accident. The three of them joke about it here and there now.

"We joke about how tough she is and how we almost lost her," Fortier said with a smile.

Laura actually didn't remember this happened at first when Lisa Fortier first brought it up to her during her recruitment.

"She was like, 'Do we still have a chance with you?' And I was like, 'What are you talking about?' And she said, 'Well my husband hit you in the face with a soccer ball.' And I was like, 'Oh my gosh, you're so right. I totally forgot about that,'" Laura said. "It was so funny. She said she got so mad at him when they got home."

All is well that ends well though. Stockton finished third all-time for the women's program in assists. She was a West Coast Conference First Team selection in 2019 too.