Leach called the reporter a "sanctimonious troll" and instructed him to "live your meager life in your little hole." 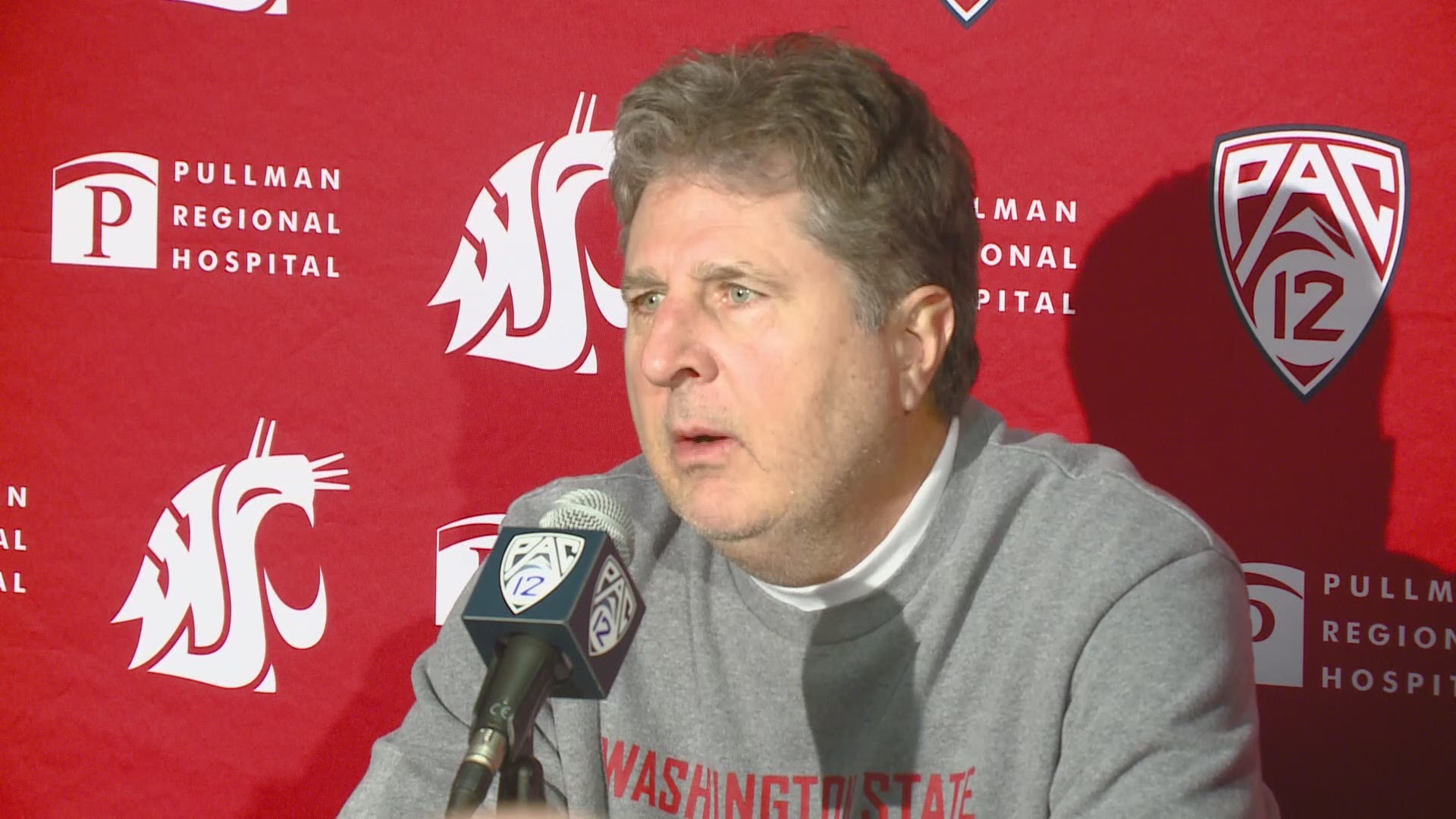 SEATTLE — After the Cougars' seventh Apple Cup loss in a row, Mike Leach's frustration with the result reached a boiling point following a question from a reporter.

The Spokesman Review's John Blanchette asked Leach if he was "not supposed to beat teams with higher-ranked recruiting classes," and Leach responded by lashing out, both at the question and at the perceived negative press he's received in the past.

"You know you run your mouth in your little column and stuff like some sanctimonious troll..." Leach said. "You're gonna write some nasty stuff anyway like you always do... you can live your little meager life in your little hole and write nasty things and if that makes you feel even you go right ahead."

Two media groups - the Washington State Association of Broadcaster and Allied Daily Newspapers of Washington have requested a public apology from Leach and said that his behavior crossed the line. They also said journalists should be able to report without being attacked.

Our sister station KING 5 in Seattle have reached out for comment from WSU.