Morgan Weaver is the second Coug ever drafted to the National Women's Soccer League! 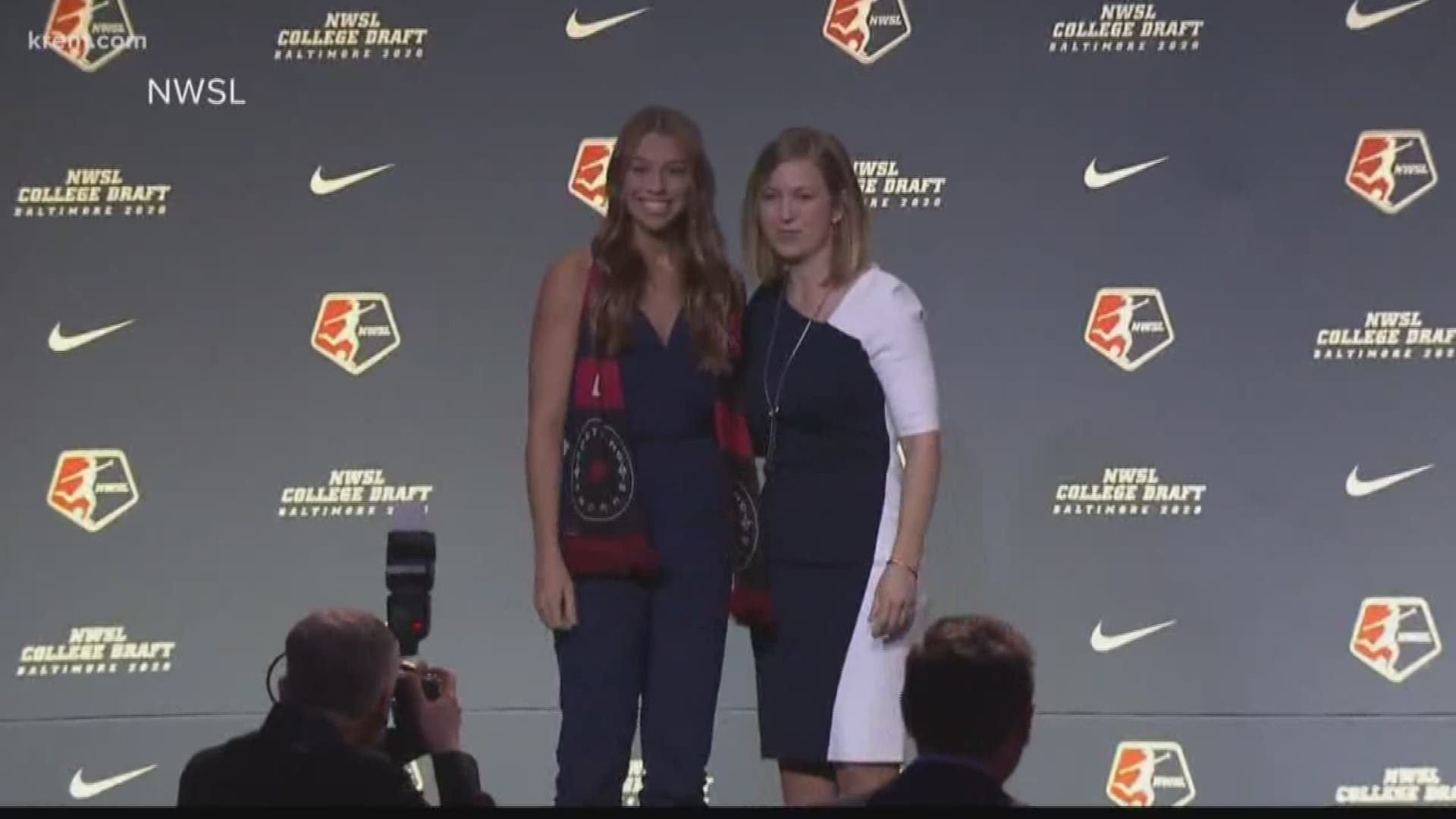 PULLMAN, Wash. — Two players from the Washington State University women's soccer team were selected in the 2020 National Women's Soccer League Draft - and one won't be straying too far from the Palouse.

Morgan Weaver is headed to the Portland Thorns. She was the No. 2 pick in the 2020 National Women's Soccer League Draft.

Weaver, a native of University Place, Washington, played forward for the Cougs.

During her junior season, Weaver was named First Team All-Pac-12 and First Team USC All-West Region. She also played in the Thorns Invitational during the U-23 National Team camp.

WSU Soccer tweeted about Weaver's next stop, adding that she is the second Coug ever drafted to the NWSL.

"[The Thorns] are going to fall in love with Morgan Weaver the same way Coug Nation did," WSU Soccer wrote on Twitter.

“Hi Portland. I’m so excited to be with you guys, and I can’t wait to start my adventure and journey with you guys. Go Thorns!” Weaver said in a Twitter video on Thursday.

Avery Collins was also selected in the second round. She will play for the Washington Spirit.