The WSU Cougars women's soccer team has made it to the College Cup - the national semifinals - for the first time in school history off of an overtime winner. 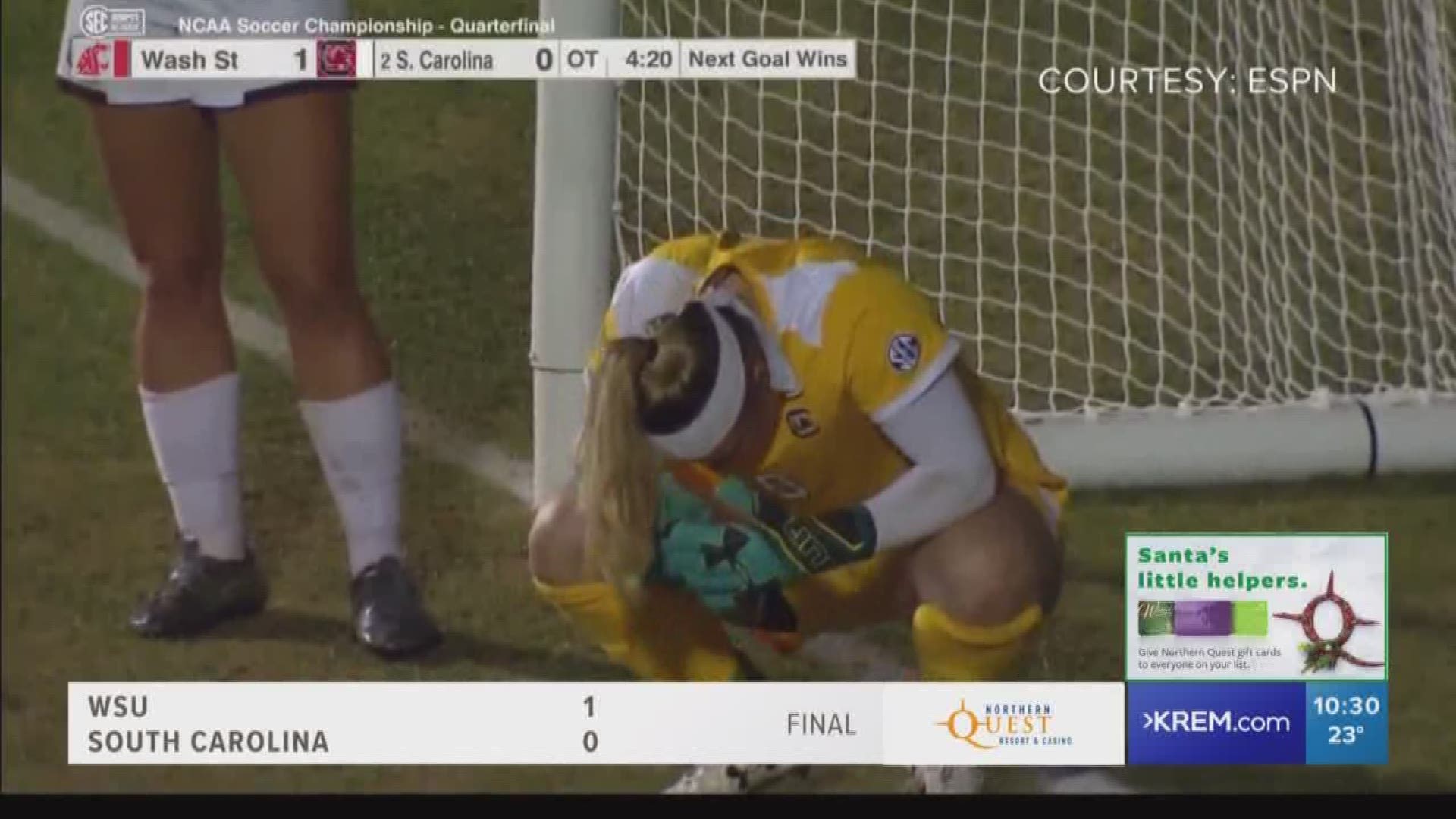 Editor's Note: The above video is a report on WSU women's soccer making school history after beating West Virginia in the Round of 16.

The Cougars beat the second-overall seeded South Carolina Gamecocks 1-0 in overtime on Saturday at the Gamecocks' home pitch to advance to the NCAA College Cup, which is the national semifinals.

The goal was scored by defender Mykiaa Minniss in the 96th minute. It was the sophomore defender's first goal of the season.

The Cougars will play the University of North Carolina Tar Heels, who were a No. 1 seed in their region, at 4 p.m. on Dec. 6 in Avaya Stadium in San Jose, California. The winner of that match will face the winner of the UCLA - Stanford match in the championship game, meaning if the Cougs win, it will be an all Pac-12 Conference title game.