The Elliss family has made a name for itself in football. Jonah's dream is to play in the NFL like his dad, who went to Utah, and his brother Kaden. 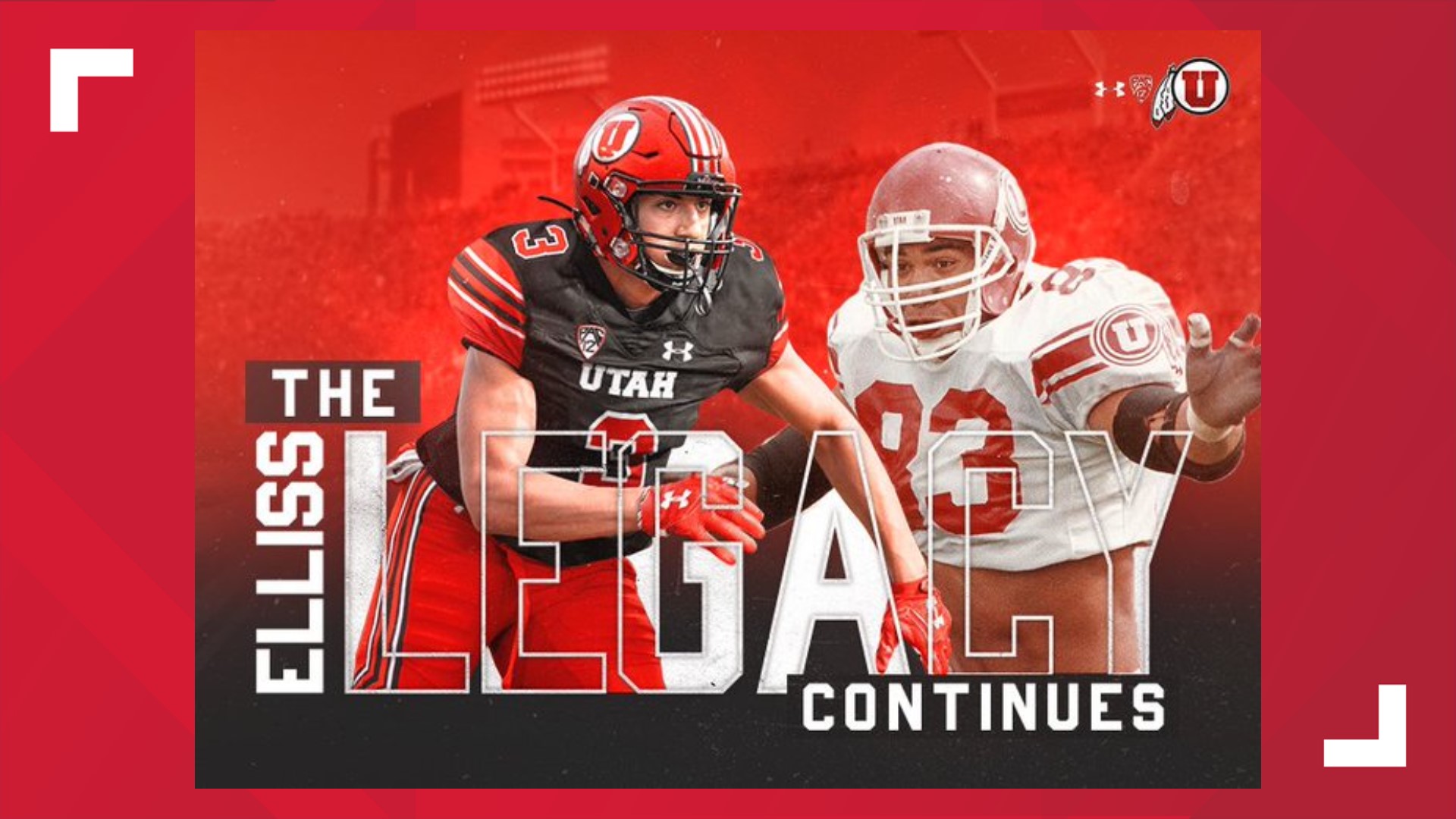 MOSCOW, Idaho — A little over a week ago, Moscow High School linebacker Jonah Elliss committed to play football at the University of Utah.

Elliss, a three star recruit, looks not only to carry on tradition within a successful football family, but to excel.

He went on to a successful 10 year career in the NFL with the Detroit Lions and Denver Broncos.

However, going to Utah wasn't a sure thing for Elliss from the start. He wasn't initially happy his older brothers didn't receive offers from the Utes. He also wasn't sure he wanted to follow in his dad's footsteps.

As time passed and he got to know the coaches better, he said it became obvious where he wanted to commit to.

“All the coaches knew my dad really well and it just really felt like home after talking to them for a while," he said.

His dad told him to not worry about his legacy either.

“I think we talked that through," Luther Elliss said. "I told him you’re your own man and you’re going to create your own legacy. This is not about me, it’s about you.”

As Jonah has become confident with his next step, those around him know he has his eyes set on big goals.

“He always talks about it. He wants to be the best Elliss," Moscow High School football head coach Phil Helblind said. "There’s a lot of good Ellis players. He wants to be better than Christian and Kaden and he’s got an opportunity.”

His brother Kaden plays in the NFL for the New Orleans Saints now after playing at University of Idaho.His brother Christian currently plays for the Vandals with hopes of going pro.

While Jonah considered Idaho, where his dad coaches as well, he is excited to play for a bigger school.

“Coming from Moscow, Idaho where there are only 80 to 100 people in the stands to thousands is going to be super cool," Jonah said.

Jonah is surely ready to make a name for himself too.

“I just want people to know I’m ready." he said. "’m going to come out and show people what’s up.”

Jonah’s goal is to play in the NFL after college, just like his dad and his brother Kaden.

That journey continues next at Utah after he finishes high school.

100% #COMMITTED @Utah_Football @CoachPowell99 @Colton_Swan @UtahCoachWhitt @FWhittinghamJr Ready for the next chapter of my life! Thank you God for blessing me and allowing me to play at the next level, thank you to all the coaches and teams who have spent the time recruiting me. pic.twitter.com/EbBMWHCigv