It appears as though Bolton will be able to get eligibility for the Zags for the 2021-2022 season. 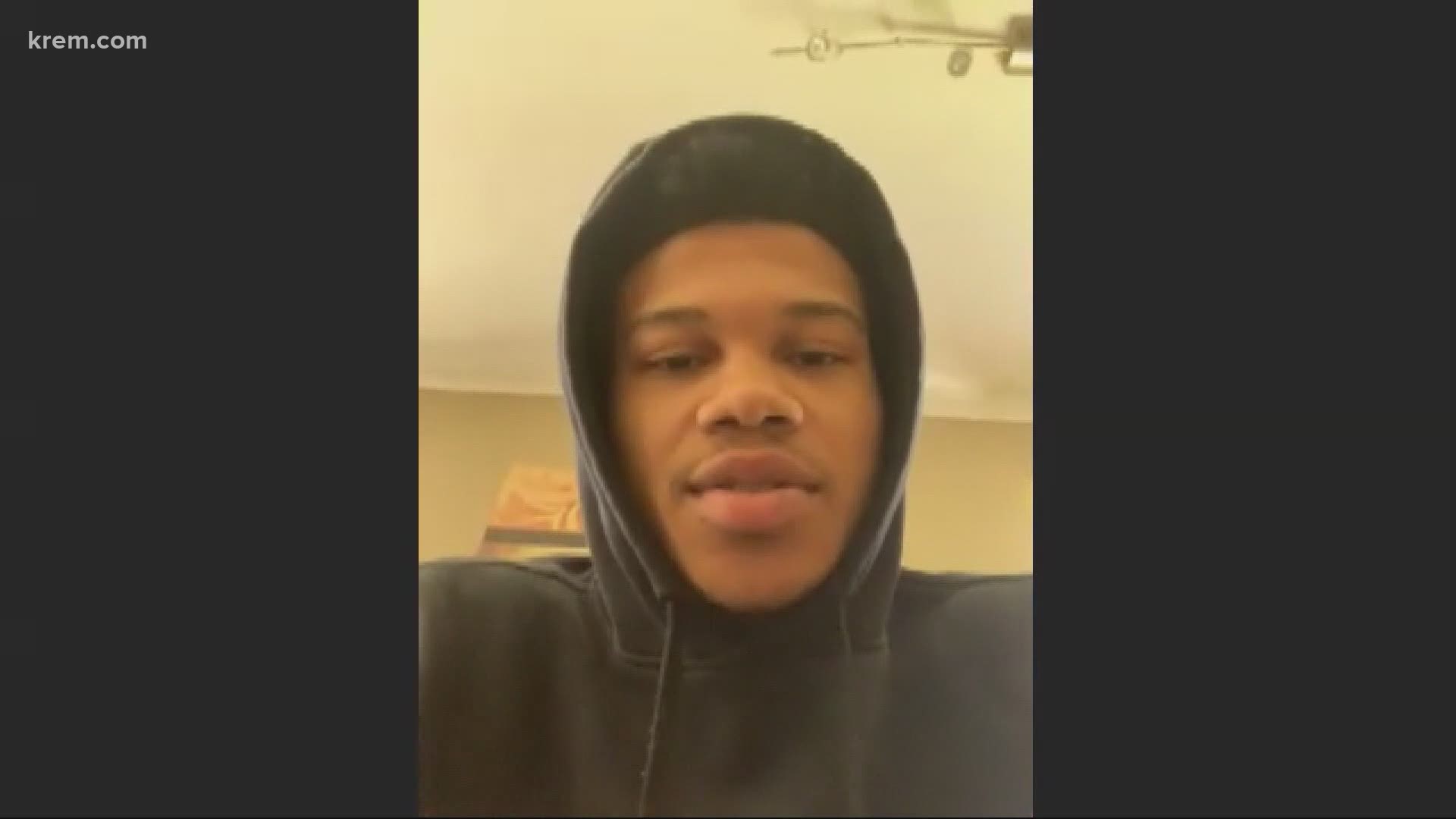 SPOKANE, Wash. — Gonzaga basketball fans have been patiently waiting for a transfer commit and they finally got one on Friday.

Rasir Bolton announced he is headed to Spokane. The guard is transferring from Iowa State after transferring in 2019 from Penn State. Per ESPN's Myron Medcalf, the finalists for Bolton were Gonzaga, Arkansas, Wake Forrest, and Missouri State.

"The family feel," Bolton told KREM of what put the Zags over the top for him. "How they have guys come back to school and are still a part of the culture. Jalen Suggs said he felt it was a family, and he was only there for a year. Things like that spoke to me about how real the love is there."

"They win at a high level," Bolton said of the Zags. "Through my college career, I've had some tough seasons and things haven't always gone the best way for me. I just want to be in a situation where I can win and leave a lasting impact on a school and try to win a national championship."

Being able to go to a program that has legitimate national championship aspirations also excites Bolton.

"It's big. It's something that I think I'm ready for. I just want to come in and work and do whatever I can. Try and help the team every way I can. Wherever coach needs me to do something, I'll do it just to have us win games," said Bolton.

It sounds like Bolton will fit in just fine with the Zags. When asked to describe his style of play, it absolutely matches up with what Gonzaga has put out on the court the past few years.

"I like to play fast, play in transition, play with toughness. I like to play defense, play hard. I'll do anything it takes to win. Whether that's scoring, getting my teammates involved, finding the hot hand, trying to get a stop. Anything I can do to win games, that's how I play," said Bolton.

Iowa State got a new staff which is what prompted Bolton to leave. Bolton left Penn State after former Penn State head coach Pat Chambers told Bolton during his freshman year that he “wanted to loosen the noose around Bolton’s neck”. The guard took issue with the racially insensitive comment and eventually decided to leave after he said Penn State did not take his issues with the comment seriously.

Bolton will most certainly be in the rotation for Gonzaga. The major question is if he starts or not. He plays both the one and two. Andrew Nembhard has the point guard position locked down, and potential one and done recruit Hunter Sallis is the projected starter at 2 for the Zags. Regardless, this is a big addition for Gonzaga scoring wise and Bolton is expected to play major minutes whether it be off the bench or starting.