'I feel like I’m going to the Finals': Former Zags Stockton, Dower watching as Kelly Olynyk makes run at an NBA title

Stockton, Dower, and Olynyk were all apart of the same class at Gonzaga and were all best friends. 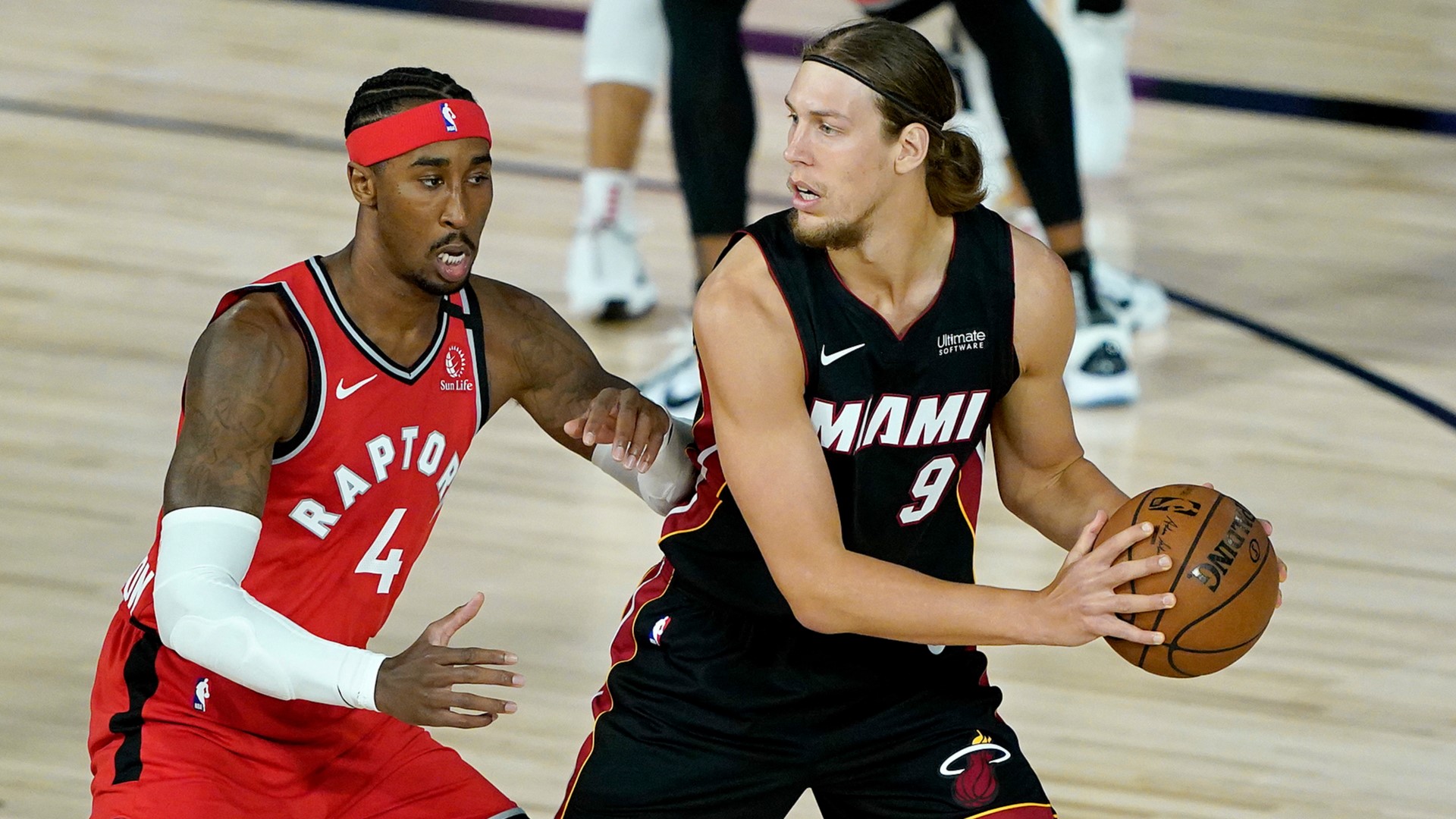 SPOKANE, Wash. — If you watch the NBA Finals this year and you’re a Gonzaga fan, there’ll be a familiar face on the sideline.

Former Zag Kelly Olynyk plays for the Miami Heat and is just four wins away from becoming the fourth Zag and first since Austin Daye with the Spurs in 2014 to win an NBA title.

"I feel like I’m going to the Finals. I'm a part of this. It’s crazy," said former Gonzaga forward and Kelly Olynyk teammate Sam Dower. "Never would have thought something like this would be happening and it is."

"We used to, in the summer, watch the NBA Playoffs together. You never think about it when you're watching it that you'll have somebody that's in that room that potentially has a chance to contribute and win a title," recalled former Gonzaga point guard and Kelly Olynyk teammate David Stockton.

Sam, David, and Kelly were all a part of the same class at GU.

David and Sam's first impression of Kelly was not exactly that of an NBA caliber player.

"Just clumsy. He walks in and he hits his head on the top of the door and gets a huge gouge in his head. The first day on campus he has to go and get stitches in his head. I’m like. 'Who is this goofball? This is who we have?'" said Sam with a laugh.

This guy is four wins away from being an NBA champion. pic.twitter.com/WVJ81HWsgo

That quickly changed though as soon as they got to practice.

"Everybody knew that he was something special, right from the jump. He was our most skilled big as a freshman and then he continued to grow and get better and better. That's why he's at where he's at now," said Sam.

"Obviously, he was a child in comparison to what he is now, but the talent level, the IQ, the size was always there. You're like, 'Man, if he just develops a little bit, he has all the tools,'" said David.

David certainly knows what those tools look like since his dad, John, played in just a few high-level games back in the day, which happened to inadvertently come up during our conversation.

"I think it’d mean the world," said Sam of what it would mean to Kelly to win an NBA title. "All of us coming from basketball backgrounds, we dream of playing in the NBA Finals. We watched Jordan hit game winners in the finals and things like that."

As for the duo’s message for their best friend heading into the biggest games of his career?

Kelly Olynyk and the Heat play their first game of the NBA Finals against the Lakers at 6 p.m. on Wednesday.