Bad omen: Are black jerseys a curse for the Gonzaga men's basketball team?

Many Zags fans believe that players walking onto the court in black jerseys heralds a crushing loss. But is there truth to the superstition? Former plays weigh in. 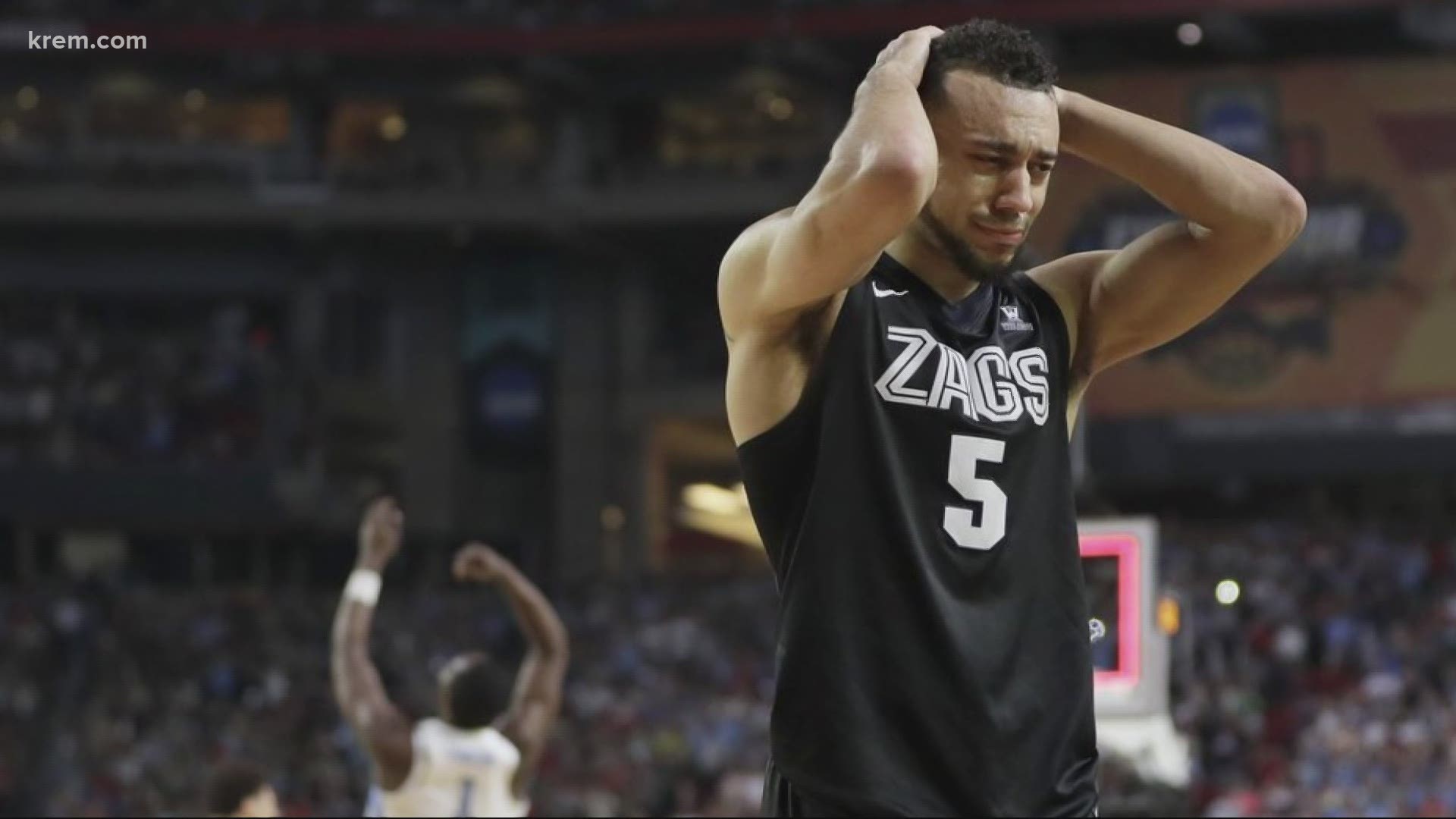 SPOKANE, Wash. — Superstitions are expected during March Madness but many Gonzaga fans say there is a specific bad omen for the team.

The curse of the black jersey is believed by superstitious fans who will tell you there's almost always an unintended consequence with the uniform. Many Zags fans believe walking onto the court in the black jerseys heralds a crushing loss.

The first time the Zags wore the black jerseys was in February 2009 in a last-minute comeback win on the road over St. Mary's. Ever since then, they have lost a couple of big games wearing them, including the Elite 8 matchup against Duke in 2015. We can’t forget the biggest heartbreak against North Carolina in the 2017 NCAA national championship.

Although the curse is a popular opinion, former Gonzaga basketball players feel differently.

“As a player, you don’t really think like that. You just believe in your own abilities and the team,” said Bryan Alberts, who reached the NCAA Tournament championship with the Zags in 2017.

“I am aware of people talking about it but I don’t agree with it,” said Jack Beach, a former Gonzaga basketball player from 2015-2019.

Beach also played on the team that felt the sting of the black jersey when they lost the national championship.

There could be a very reasonable explanation for this curse, Bakamus said.

“Gonzaga fans think it’s a legit thing, but I would say it’s because we play so many good teams wearing them,” Bakamus said.

During the NCAA Tournament, the higher-seeded team wears a white jersey.

“Our whole tournament run we wore white until the national championship. Carolina was the No. 1 overall so we had to wear a dark jersey,” Bakamus explained.

According to Barrett Henderson, Gonzaga’s Sports Information Director, Gonzaga is 18-6 in the black uniforms since the 2015 season. He doesn’t believe in the curse.

Whether or not you believe in the superstitions or curse, what you can count on is the energy and passion that these players bring to every single game.