Breaking down Gonzaga's game against Arizona

Gonzaga will take on the Wildcats on Saturday at 7 PM on ESPN2. 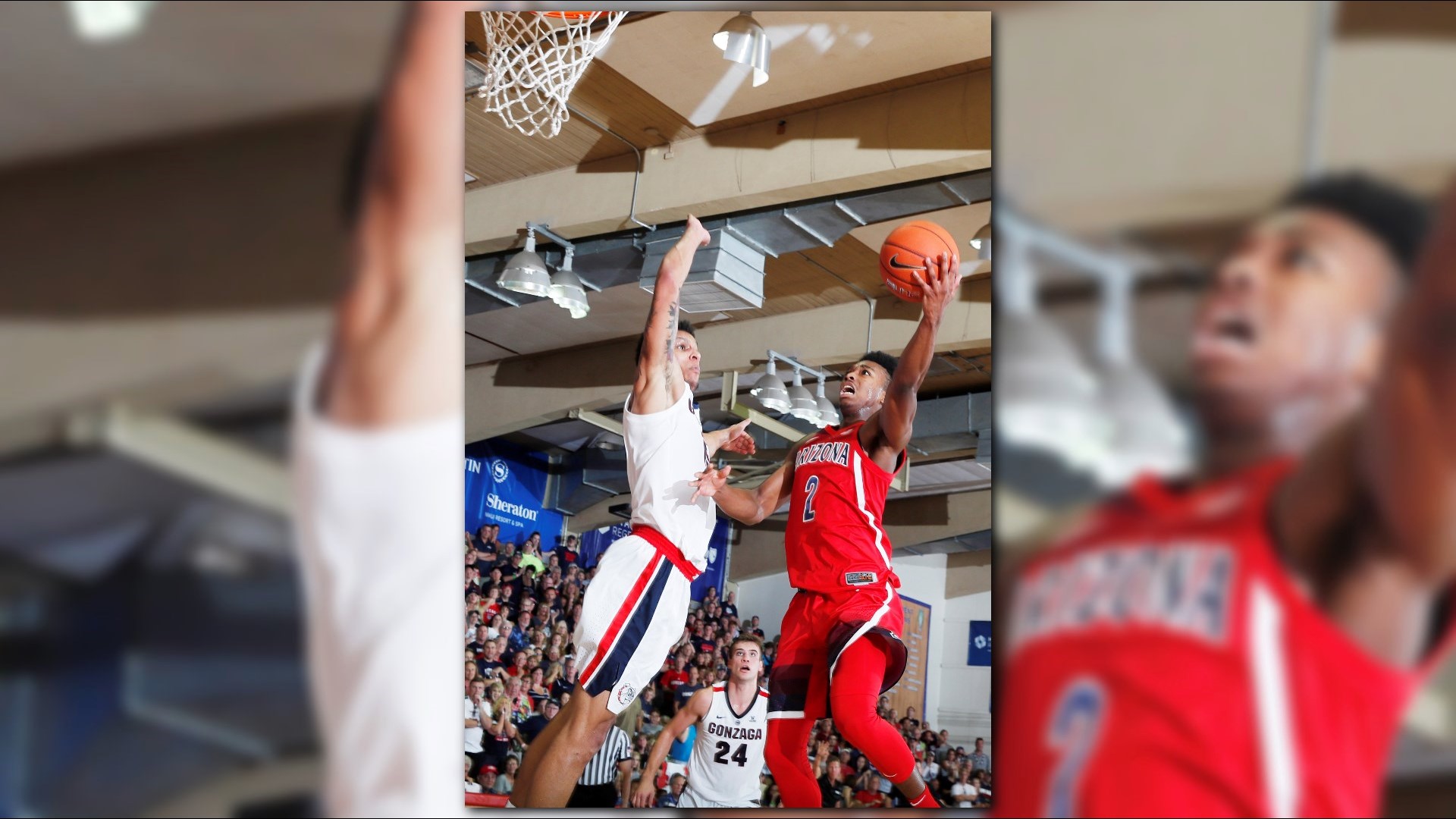 TUCSON, Ariz. — Gonzaga and Arizona face off Saturday and when they do they'll continue a series that has had some iconic moments. This game could bring it's fair share of moments as well, as it pits two top 25 teams against each other.

Gonzaga, especially Filip Petrusev, has struggled at times against physical bigs this season and these guys will be physical.

However, Arizona could be short handed at forward. Their back up forward Stone Gettings could be a game time decision due to a concussion and facial fracture he suffered against Penn on Thanksgiving weekend.

If Gonzaga can attack Arizona's bigs and get them in foul trouble, this could get out of hand pretty quick for the Wildcats.

I mentioned how good Arizona's bigs are, but ironically the team struggles with rebounding.

Gonzaga is going to need to attack the boards hard Saturday, which they are more than capable of doing.

The Bulldogs rank 19th in the country in rebounds per game, Arizona is 160th. The gap gets even wider when you look at offensive rebounding. Gonzaga is 63rd in the country in offensive rebounding with 12.36 per game. Arizona is 229th with 9.55. This is key in particular because it can lead to more second chance points for the Zags. If they want to find an upper hand in this game, they'll find it there.

You're probably wondering where Gonzaga and Arizona rank in terms of defensive rebounds. Gonzaga is 28th in the country, Arizona is 106th.

Man, I hope Gonzaga's game against Arizona doesn't resemble this one. Both teams shot under 31%, Arizona went 2-of-18 from three, and combined the teams shot 62 free throws. It was ugly.

Basically, what we can glean from this game reverts back to my two points. Baylor outrebounded Arizona 40-33 and had 13 offensive rebounds compared to the Wildcats 10. Zeke Nnaji and Chase Jeter shot a combined 4-of-11 from the field, while Nnaji also fouled out. Stone Gettings also did not play.

The one thing I will say is that you do not want to get in a free throw shooting competition with the Wildcats. It is literally the only thing that kept them in the game.They went 28-34 from the stripe and Nnaji and Jeter combined to only miss one of their 16 free throws.

Gonzaga has struggled at the line this season, however they did look better at UW. Still, I'm not totally confident in their free throw shooting abilities.

Gonzaga and Arizona tip at 7 PM on ESPN2 Saturday in Tucson. Arizona leads the series 6-3, but the Zags have won the last two match ups.

RELATED: Gonzaga jumps to No. 6 in latest AP poll after win over Washington