The game is set for Dec. 18 at 6 p.m., when students are already on Christmas vacation. 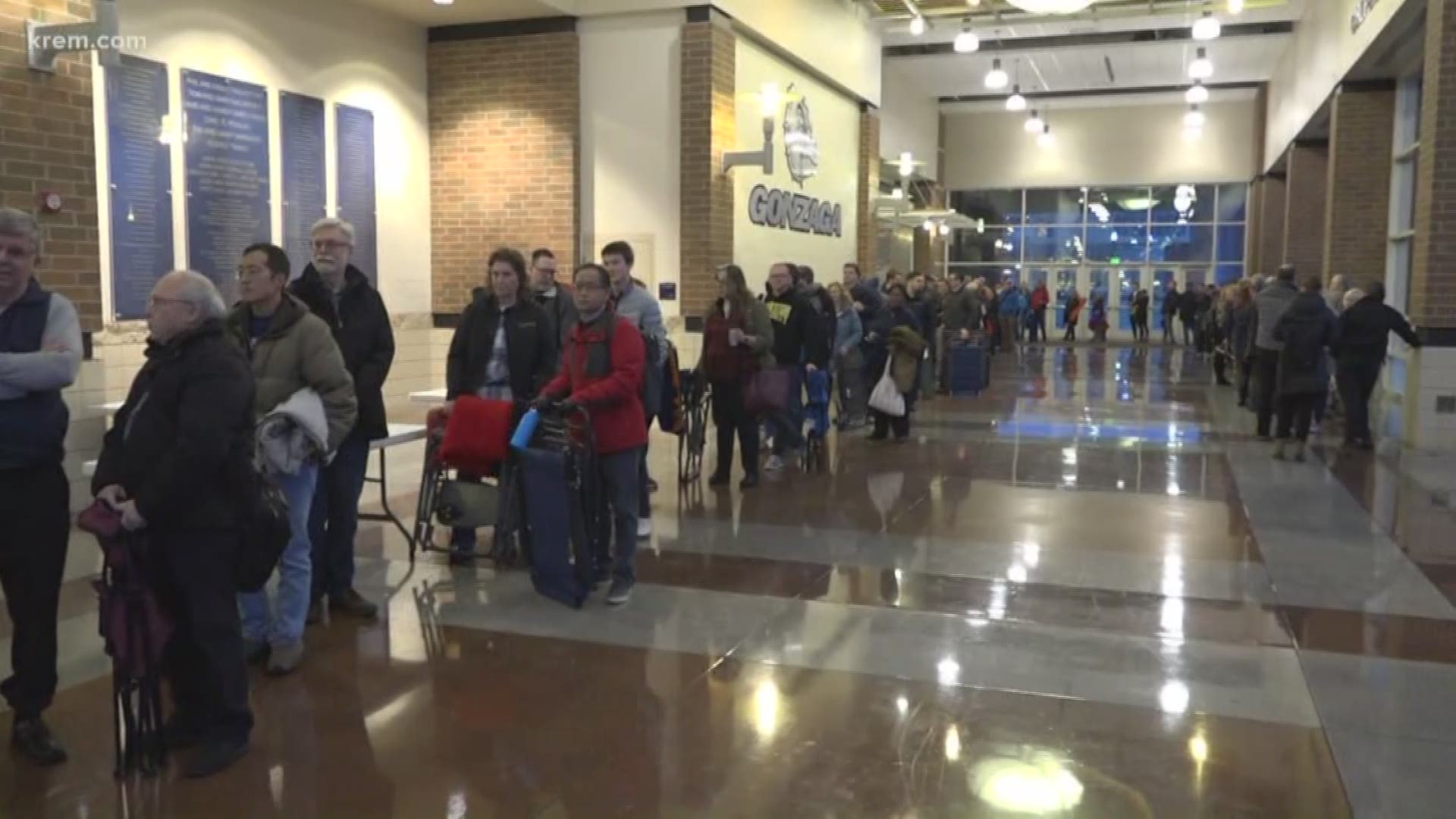 SPOKANE, Wash. — Some Gonzaga faculty and staff camped overnight into Monday morning for tickets to the highly-anticipated men’s basketball game against the University of North Carolina.

The university began ticket distribution at 7 a.m.  Some people began waiting in line at the McCarthey Athletic Center on Sunday afternoon.

The game is set for Dec. 18 at 6 p.m., when students are already on Christmas vacation.

Some fans and sports enthusiasts alike say this could be a problem, as a Kennel packed with students makes the atmosphere electric.

KREM Sports Director Brenna Greene predicts that Gonzaga will have a narrow edge in the game, especially since it's at home, but fans should not be surprised if it comes down to the wire.

One fan who teaches engineering at GU said he arrived at 2:15 a.m. on Monday to snag Gonzaga vs. UNC tickets.

RELATED: Gonzaga, North Carolina to play in the Kennel on GU's Christmas break

Some faculty and staff who arrived at about 5 a.m. on Monday were placed on the wait list.

Gonzaga’s next game is against the University of Arizona in Tucson on Saturday, Dec. 14 at 7 p.m. The game will air on ESPN2.

The Zags' game against North Carolina will also air on ESPN2.

RELATED: Commentary: Does Gonzaga have a student section attendance problem?