'We’re not looking at that': EWU AD Hickey says football will not play non-conference games this fall 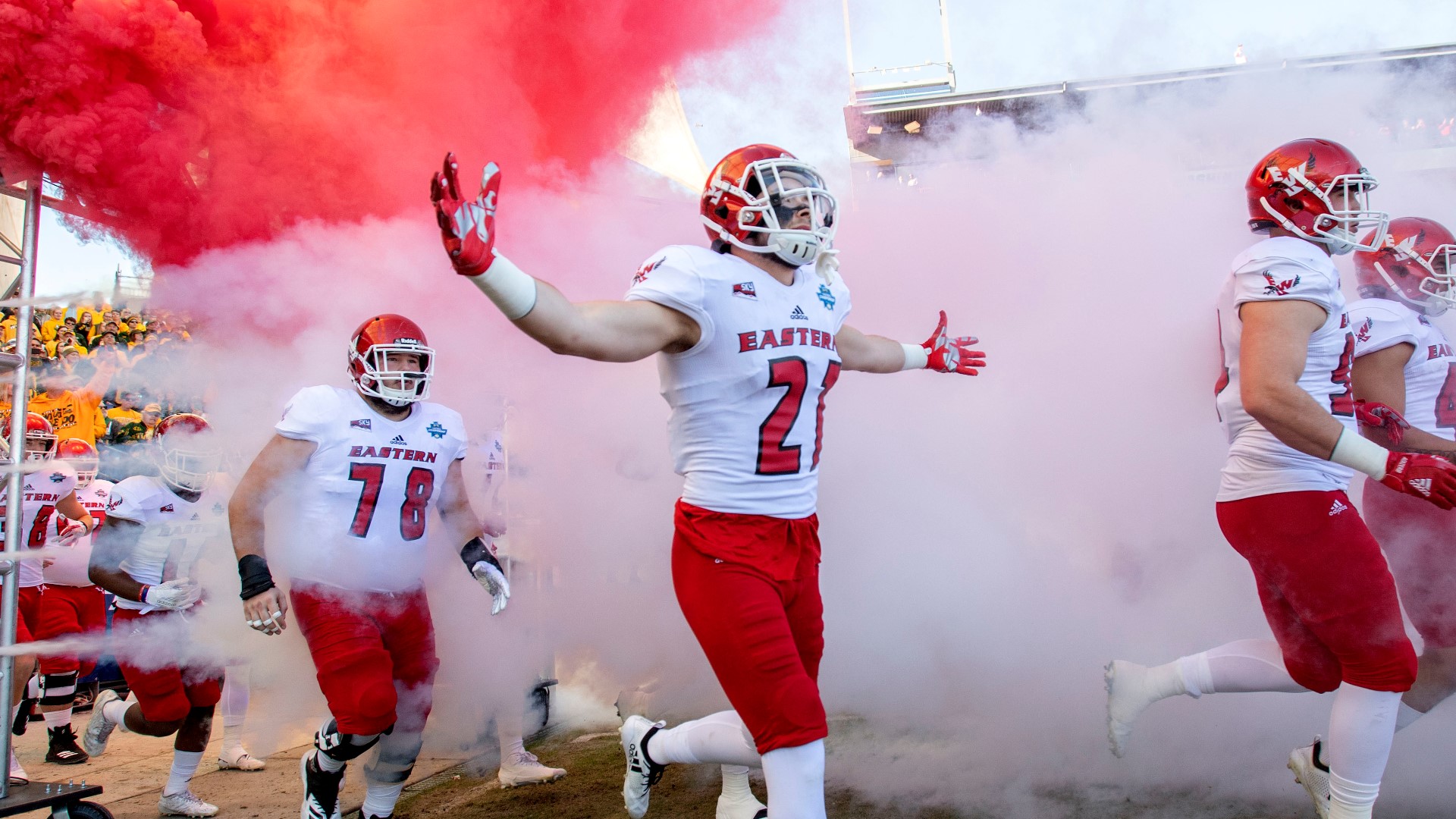 CHENEY, Wash. — The Big Sky made it official Friday: They will not play football games in conference this fall.

"I told my husband that beginning January, I would see him June 1," said Eastern Washington Athletic Director Lynn Hickey with a chuckle.

It certainly could be a wild start to 2021 for Lynn Hickey and company, as there’s a potential for all fall sports to be moved to that time period since no sports on campus have been approved by Spokane County to practice right now.

Because of this, Eastern has decided to not pursue fall non-conference games in football, which was an option left open by the Big Sky.

"We can’t do that. We’re not looking at that. We don’t think that’s appropriate and it’s just not logistically possible with where the virus is in the state of Washington right now," she said.

So what does the schedule look like right now for Eastern football if the plan stays as is?

"It looks like you would start practice probably in the middle of January and the first game would be toward the end of February or the 1st of March. Then play eight games with the idea that if the FCS Championship is moved to the spring, that the championship game would be on Memorial Day," said Hickey.

Eastern, and the rest of FCS, now wait to see if the FCS playoffs indeed will get moved.

If they get canceled outright, then the Big Sky is thinking about having their own conference playoffs to crown a champion.

Eastern this year had a phenomenal home football schedule. The question now becomes how do all these moving parts affect that?

"If the championship moves to the spring then I would assume that we would get that same fall schedule that we had moved to the spring. If we have to move to a Big Sky Conference competition, where you have two different leagues, you have a north and a south or an east or a west or whatever, we may have to redo the schedule. Even then, because it will be a regional schedule, we’ll still be thrown in the mix with the Montana's and Montana State's, the Idaho's, the Portland State's, which basically was the group we were going to be with anyways," said Hickey.

Whatever happens with Eastern’s spring schedule, it seems like it was the obvious decision for them to move their season, and not just from a health perspective.

The conference did say there is a possibility that some schools can try to schedule up to three non-conference games this fall, and University of Idaho said that they are looking into this.

Lynn’s not so sold on that.

"I’m not crazy about it. That request to be able to play up to three games in the fall and kind of have a hybrid season, a split season, is being looked at right now to see if it’s even legally possible. There would have to be a huge waiver from the NCAA. I don’t love it, but I also understand the idea of giving each university some autonomy on doing what they need to do with their program," said Hickey.

KREM did reach out to Idaho on Friday to talk to Terry Gawlik, their athletic director, and Paul Petrino, their football head coach. The school said because things are so in flux right now, they’re going to hold off on interviews until next week.