Woodward was speaking at the Spokane Rotary Club when she was recorded referring to undocumented immigrants as 'illegals.' She was discussing border patrol. 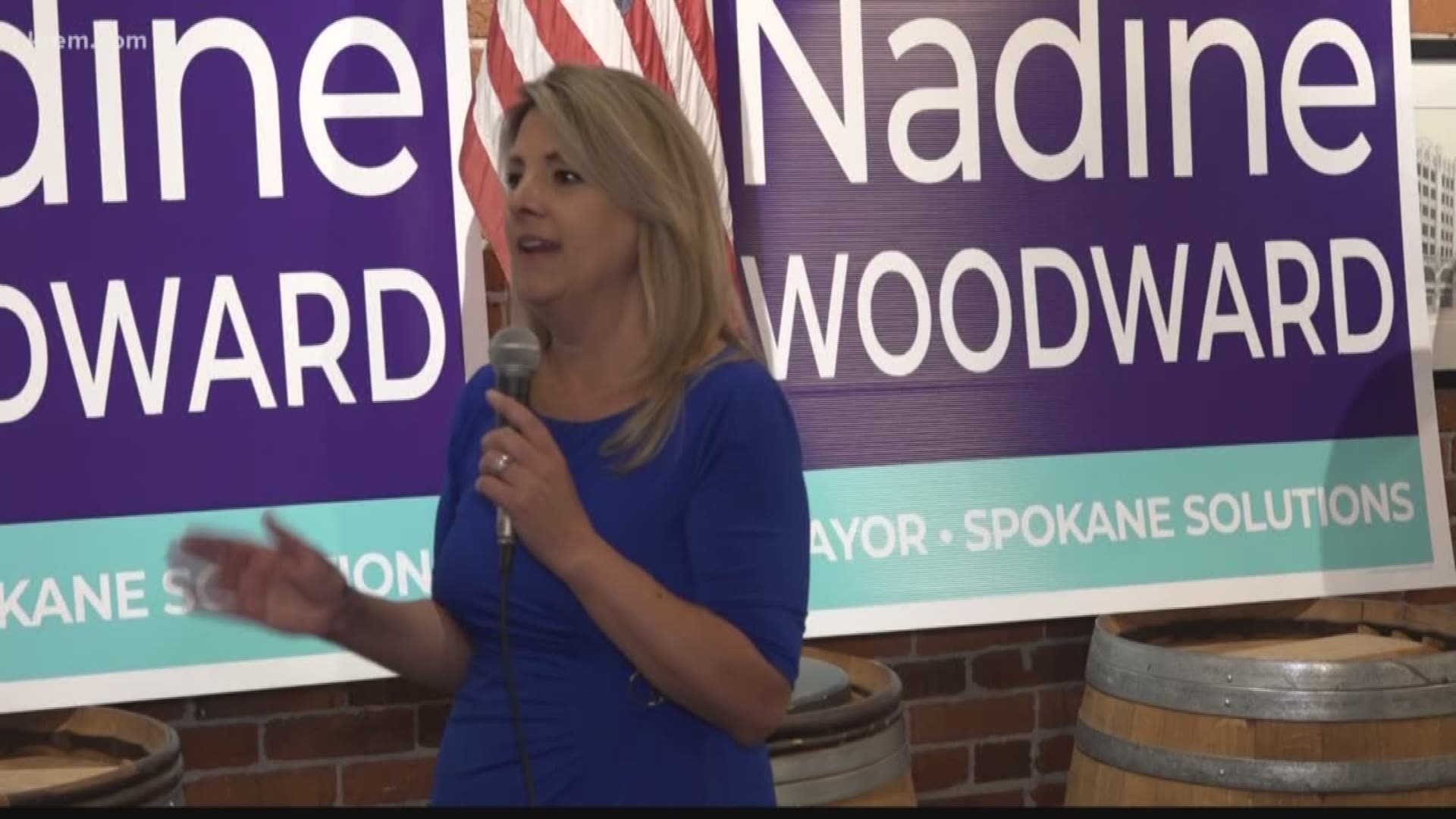 The recording is from a July 19 event where Woodward was speaking to the Spokane Rotary Club.

Last November, the city of Spokane passed an ordinance targeted at ending the practice of U.S. Border Patrol searches at the Spokane Intermodal Center. Border Patrol has since continued to board buses and ask riders about their citizenship status.

Border Patrol said Spokane's ordinance has no effect on the agency's right to question riders. Current mayor David Condon has not attempted to enforce the ordinance since it passed but many local Spokane groups and other city leaders have condemned the practice, which they say amounts to racial profiling.

In a recording sent to media outlets in Spokane, Woodward speaks in support of Border Patrol's bus searches.

"I've met with the Border Patrol, I've seen what they do, and I support laws that protect and keep our community safe. And I think they are doing an incredible service at the Intermodal Station, when you see the arrests that they're making with the illegals, and especially in the drug trade. I mean, we have to stop that, " Woodward is heard saying on a recording from the event.

KREM has obtained the recording to verify the quotes from Woodward.

Both Raiz of Planned Parenthood of Greater Washington and North Idaho and Fuse Spokane released statements on Monday criticizing Woodward for using the word "illegals" and for taking two different positions on the topic - one supporting Border Patrol bus searches at the Rotary Club event and one that was more ambiguous in an interview with the Black Lens newspaper earlier this month.

Both organizations asked for Woodward to apologize.

"Woodward is willing to say whatever she thinks people want to hear to get their votes," Fuse Spokane Program Director Jim Dawson said. "She owes the immigrant community and all voters an apology for spreading unfounded fear and hate and intentionally misleading voters about her views on this issue."

Fuse Spokane went on to say that calling immigrants "drug dealers and illegals is both inaccurate and offensive."

Raiz of Planned Parenthood of Greater Washington and North Idaho, which aims to help members of the Latinx community access healthcare, also released a statement asking for Woodward to apologize.

"No human being is illegal," Director of Raiz and Public Affairs Lili Navarrete said. "As an immigrant, Nadine Woodward's comments are demeaning to my community and she owes us an apology."

The statement ended by saying "we all deserve to feel safe and travel in our communities without fear of interrogation or harassment and demand that Woodward apologize for the remarks."

The Black Lens editor, Sandra Williams, issued a statement on Tuesday, saying Woodward's use of the word "illegals" was "offensive, derogatory and racially charged." She also said she was disappointed by Woodward's inconsistent response to the subject of Border Patrol searches.

"As a person of color, I am disappointed that Ms. Woodward’s response to the Black community does not appear to be consistent with the response that she delivered to a group like the Rotary Club," Williams said. "I am left wondering why and questioning what Ms. Woodward’s real stance is on this very important issue, as well as wondering how she really feels about the other issues that she addressed in the Black Lens."

Woodward released a statement about her comments on Monday evening, saying that she supports law enforcement and laws that protect Spokane. She also called the media 'pathetic' for 'trying to distract voters.'

"I am adamantly opposed to racial profiling of any kind, period. I support laws that protect our community and I support law enforcement in helping them do their job. We are a regional hub that is within 100 miles of an international border and Federal Law supersedes any state or local statutes. According to the Immigration and Nationality Act 287(a)(3), federal agents may, within a
reasonable distance, board and search any vessel. A reasonable distance is stated to be within 100 miles of an international border.

Also, regardless of any personal belief I may have about this important issue, it is not under City of Spokane jurisdiction but is instead guided by Federal statutes. This question is better suited for Spokane’s U.S. congressional delegation.

The need for increased public safety and trust has been the foundation of my
campaign and I have relayed a consistent message from the beginning. We are a community who embraces those who want to come here legally, and we have numerous resources to support them. As mayor I will work to make sure Spokane is welcoming to all who want to move here. The fact that Spokane media is trying to distract voters and make something out of a Federal Law is pathetic.”

"A Mayor doesn’t get to ignore the City Charter and pick the laws he or she is going to enforce," Stuckart said. "The specific law she campaigns on not enforcing is based on best practice and recommendations from the Washington State Attorney General’s Office to protect residents of Washington from unreasonable search and seizure."

Woodward's full remarks at the Rotary Club, along with an audience member's question, are replicated below.

Woodward: "Well, here's the deal. I have tried not to, do you mean state?"

Audience member: "No, the city itself."

Woodward: "The city will say it really isn't. I mean, Mayor Condon will tell you, 'We don't really qualify under the definition of a sanctuary city.' The state, though, has become one, so we have to work under that. I've met with the Border Patrol, I've seen what they do, and I support laws that protect and keep our community safe. And I think they are doing an incredible service at the Intermodal Station, when you see the arrests that they're making with the illegals, and especially in the drug trade. I mean, we have to stop that. Its not going to be easy, and after, in 2020, our driver's licenses will all become enhanced driver's license. Right, without an enhanced driver's license, you can't get on a plane, are all things you're not going to be able to do. Illegals or anybody trying to transport drugs through our area, come from Mexico, goes to Yakima, then goes to Seattle, Spokane. From Spokane, we're the gateway to the east side, the rest of the country, through I-90. And those ... (inaudible)...I think they do a great job."

Listen to the recording here.

RELATED: 2019 Spokane Voter's Guide: What you need to know 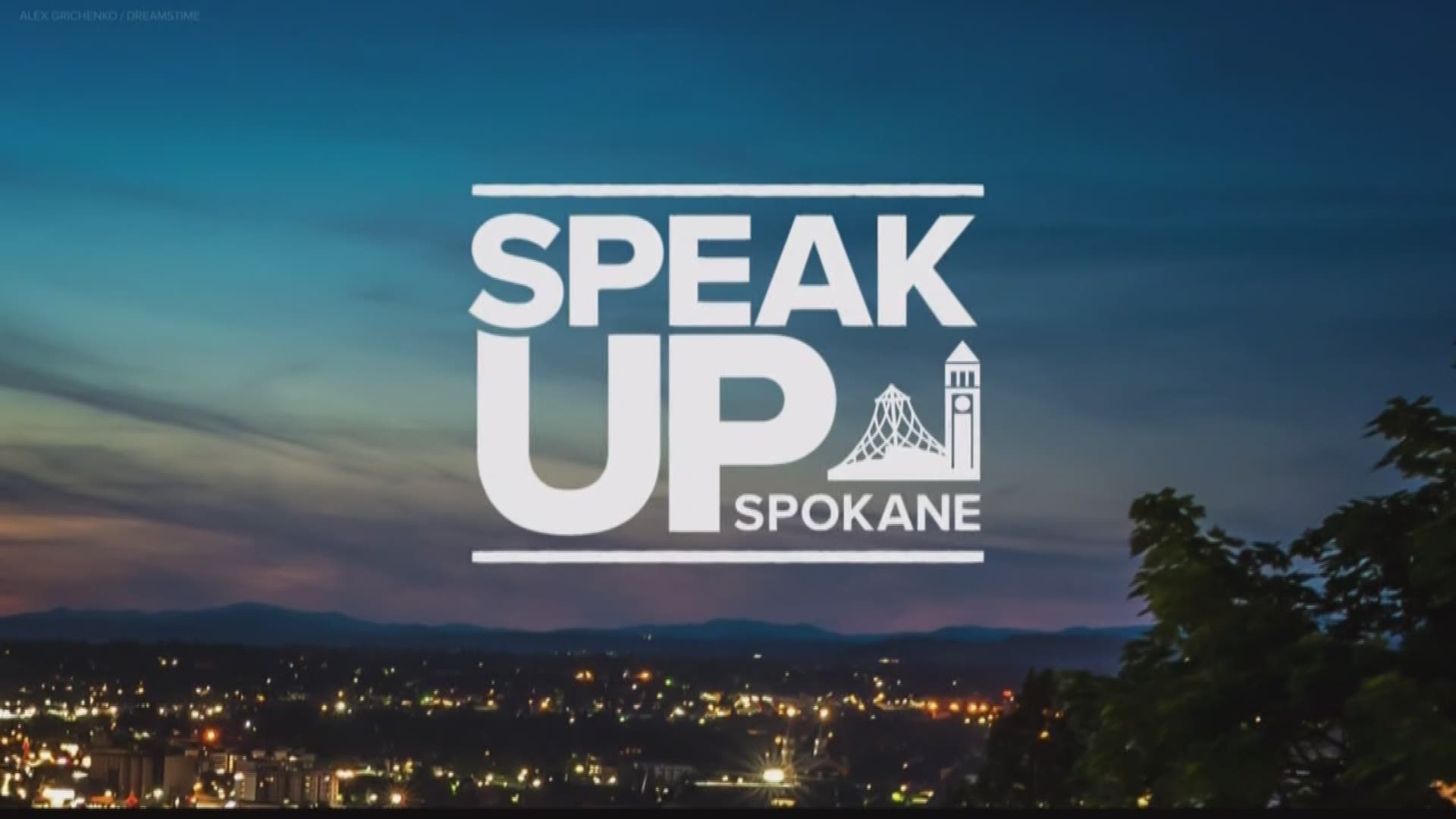 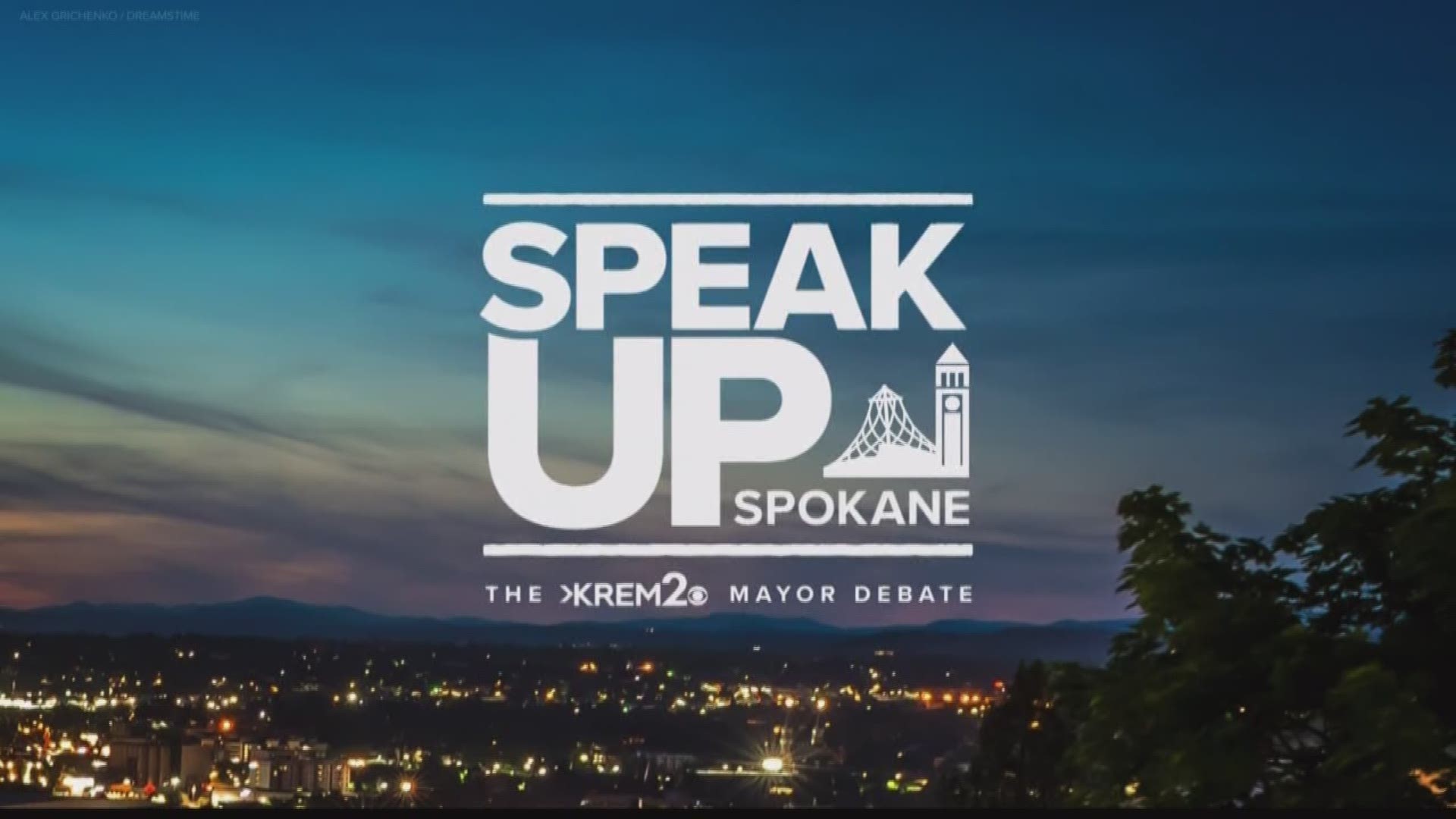