Gov. Inslee issued the statewide emergency proclamation in response to multiple wildfires in central and eastern Washington and the Olympic peninsula. 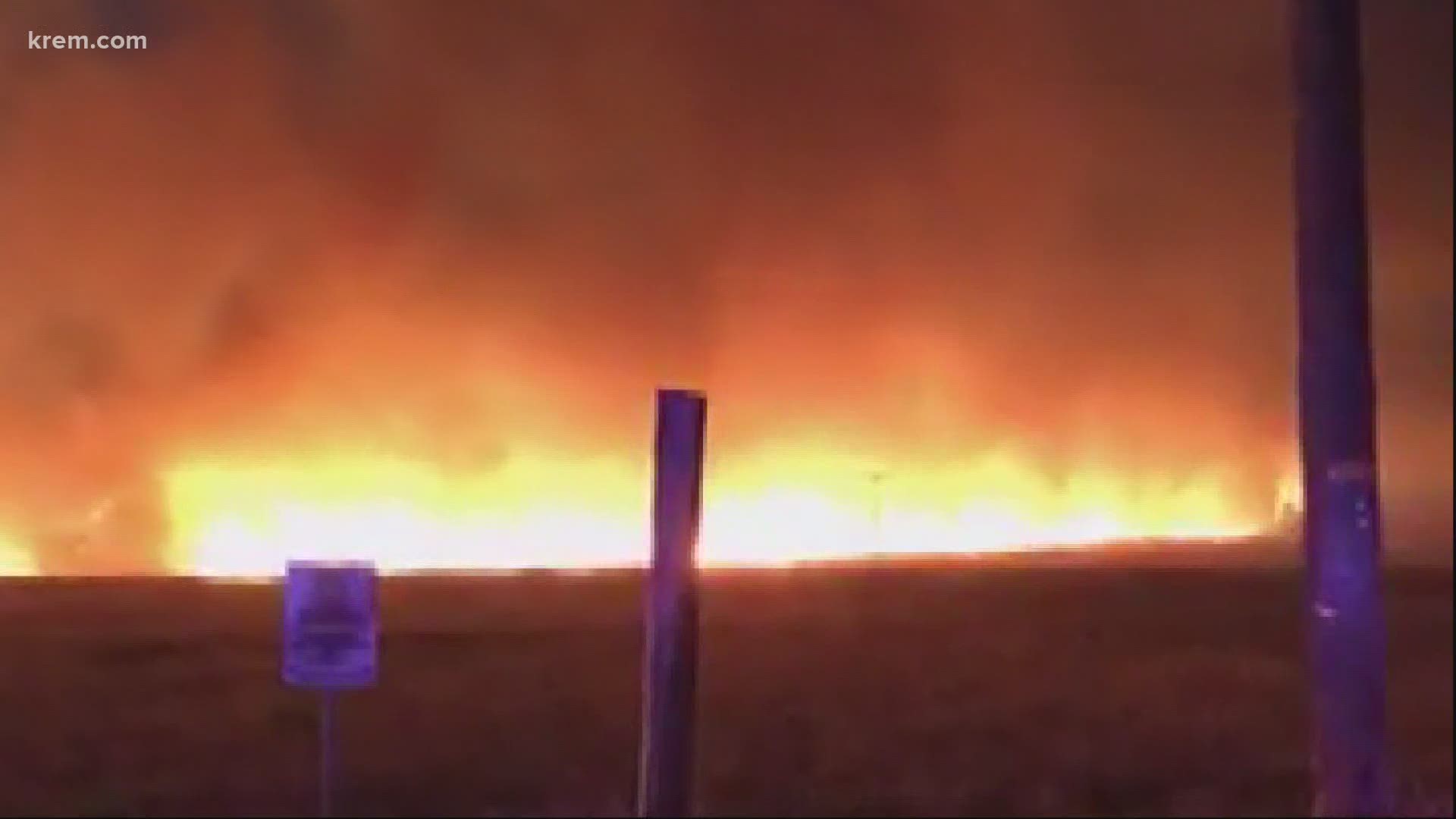 SPOKANE, Wash. — Washington Governor Jay Inslee declared a state of emergency in Washington in response to multiple wildfires in central and eastern Washington, as well as on the Olympic peninsula.

Firefighting resources throughout the state are spread thin due to commitments to pre-existing and projected fire activity, according to a release from the Governor's office.

"Wildfires are threatening the safety and livelihoods of Washingtonians all across the state," Inslee said. "And the COVID-19 pandemic has put additional strain on our resources, as some of our usual support is further limited due to international movement restrictions."

The proclamation authorizes the activation of the Washington State National Guard to help the Department of Natural Resources protect homes, public facilities and utilities, businesses and agricultural and natural resources, according to the release.

“Due to hot, dry conditions and lighting storms, we have fires burning across Washington and existing firefighting resources are at capacity," said Commissioner of Public Lands Hilary Franz. "We are so grateful to our partners at the National Guard who are answering the call and joining us on the fire lines. We train with them prior to wildfire season and know the skill and abilities they bring to the wildfire emergency facing so many communities right now."

The state of emergency goes into effect immediately and will remain in place until Sept. 30.

There are evacuations in place for the Palmer Fire and Badger Lake Fires in eastern Washington.

The Taylor Pond Fire burned more than 24,000 acres of land in Yakima County as of Wednesday evening. It is 100% contained and all evacuations have been lifted.

The Badger Lake Fire prompted Level 3 evacuations in Cheney, before being lowered to a Level 2 Wednesday afternoon. That fire is burning 244 acres southwest of Cheney.

Level 3 evacuations are still in place for the Palmer Fire, burning 1,000 acres in Okanogan County, northwest of Tonasket. That fire is threatening 86 homes.