The new laws include a provision that prohibits Washington gun vendors from selling to out-of-state residents. 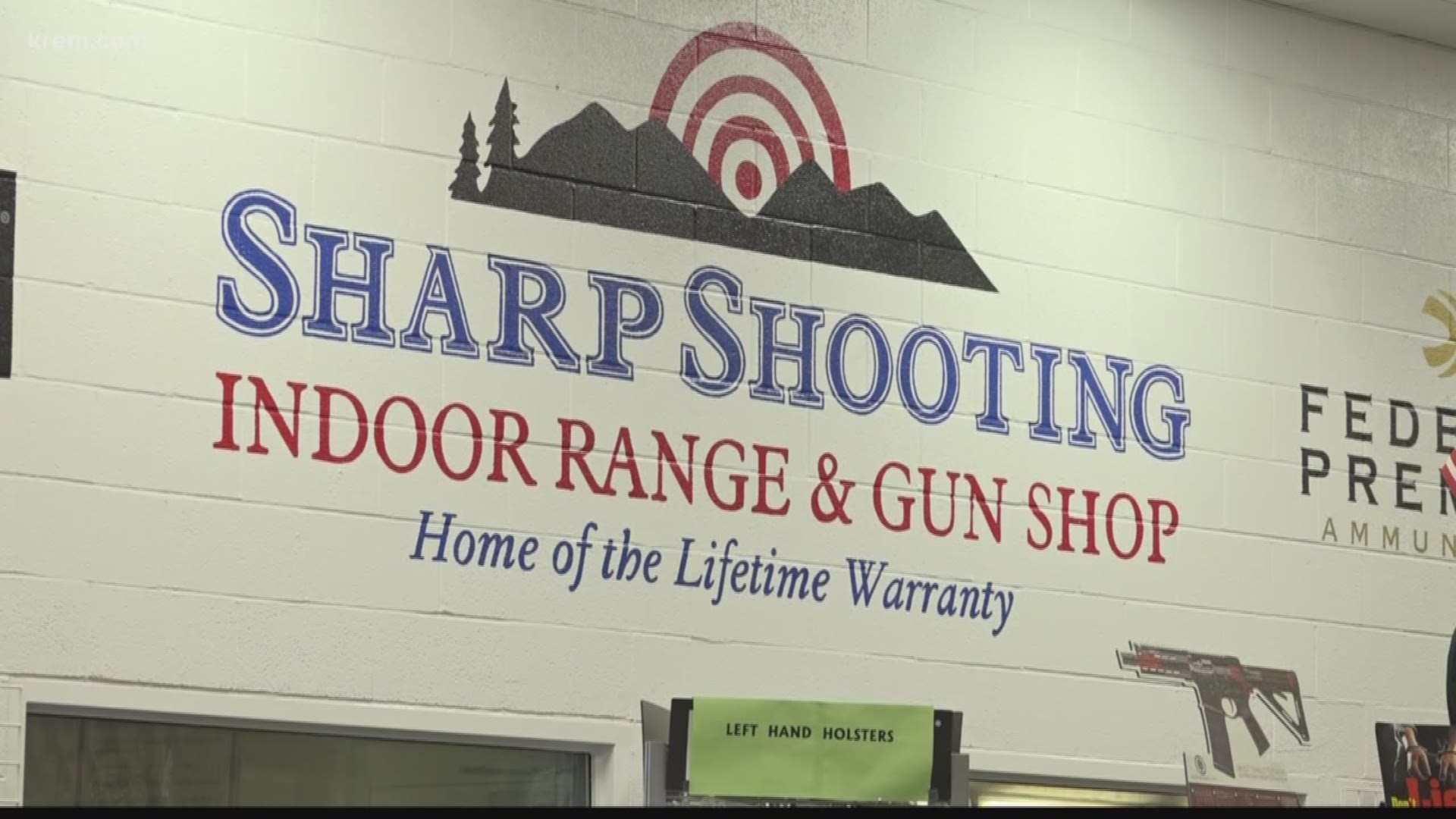 SPOKANE, Wash. — The newest restrictions on the sale and storage of guns in Washington state took effect on July 1st as part of the voter approved Initiative - 1639.

Since then, Sharp Shooting Indoor Range and Gun Shop has been getting a lot of questions from customers.

"We spend a lot of time answering questions now," Jeremy Ball, manager of Sharp Shooting said. "But we have not seen much effect from a business operational stand point."

What they are facing, Ball said, is a new challenge.

I-1639 prohibits firearm retailers from selling guns to out-of-state residents.

RELATED: Police chief who opposed I-1639 running for Washington governor

Ball said losing sales from out-of-state residents is not making a major impact on their business. But, he said this is violating the Interstate Commerce Act. That's because he said the restriction is preventing retailers, like Sharp Shooting, from selling legal goods across state lines.

According to Ball, that's why the owner of Sharp Shooting and another Washington business owner filed a lawsuit against the state in federal court.

I-1639 also requires a 10-day waiting period for pistol and semi-automatic rifle purchases.

But to his surprise, Ball said the Spokane Police department is completing enhanced background checks faster than the 10-day waiting period.

RELATED: I-1639 rules for buying a semi-automatic rifle in Washington go into effect

"We've actually found the Spokane Police Department to be really great about that," Ball said. "They've done a phenomenal job of getting back to us on those background checks within the state mandated period. Many times they're coming back significantly earlier than the 10 days."

As we're looking at the impacts of I-1639 on business, Ball said to keep in mind that July and August are the two slowest months in the firearm industry. It starts to pick back up in the winter months, closer to hunting season, he said, so we'll be checking back in with them again to see how things are going.