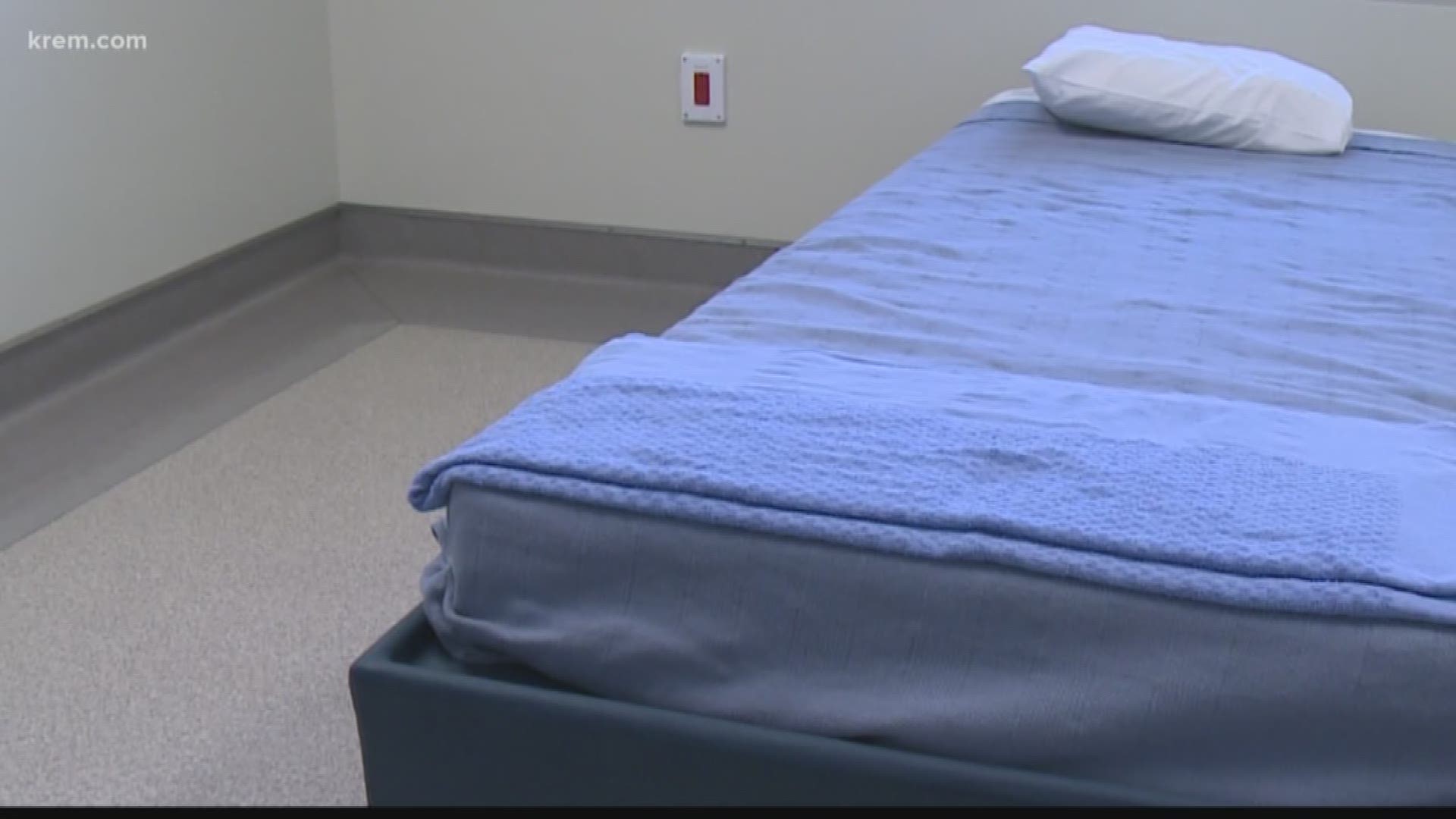 SPOKANE, Wash. — In the aftermath of a deputy-involved shooting in Spokane Valley, some have questions about how the Spokane County Sheriff’s deputies prepare to respond to people in crisis.

A man was shot and killed by a deputy near a Spokane Valley apartment complex Saturday. The shooting is still under investigation. The mother of the victim said he had a history of mental illness and drug addiction.

According to Spokane police, one in four calls they receive are mental health-related. The sheriff’s office faces similar issues when it comes to individuals dealing with mental illness.

Spokane County Sheriff Ozzie Knezovich told KREM 2 his deputies meet the state mandate for Crisis Intervention Training. The state requires law enforcement to have a minimum of 8 hours of CIT training and a two hour refresher course each year.

"Law enforcement both city and county has invested hours upon, hours upon, upon hours of crisis intervention training,” Knezovich said. “If I had my way every person in my agency would have the 40 hours of CIT training but it would cost me about $650,000 in overtime.”

The sheriff's office was awarded an $89,000 grant to expand its mental health field response capabilities. The Washington Association of Sheriffs and Police Chief provided the funding to help pay for mental health professionals to respond to calls with deputies.

The county partnered with Frontier Behavioral Health to create this unique response team. The team is made up of a deputy trained in crisis intervention and a clinician. In the first few months, the team made 194 contacts. One resulted in an arrest and 20 led to involuntary hospital evaluations.

Knezovich said he would like to see more sustainable funding for these types of resources.

"The board of county commissioners are very very interested in giving us man power to expand that so we have one of those trained clinicians along with a deputy on every single shift,” Knezovich.

Even with more resources and training, Knezovich said law enforcement alone cannot solve the widespread mental health crisis the community faces. He said the mental health system needs to be drastically improved to keep people in crisis in treatment.

"You cannot try to balance societal problems off the backs of your law enforcement we can only do so much. The system is overloaded when we take them in within 72 hours they are back on the street. The system is broken,” Knezovich said.

RELATED: 'This has to change': Mother of man killed by Spokane Co. deputy speaks out