Spokane astronaut Anne McClain reflects on her time in space

As she prepares for her return to earth from her six months in space, she has been reminiscing on her time aboard the station. 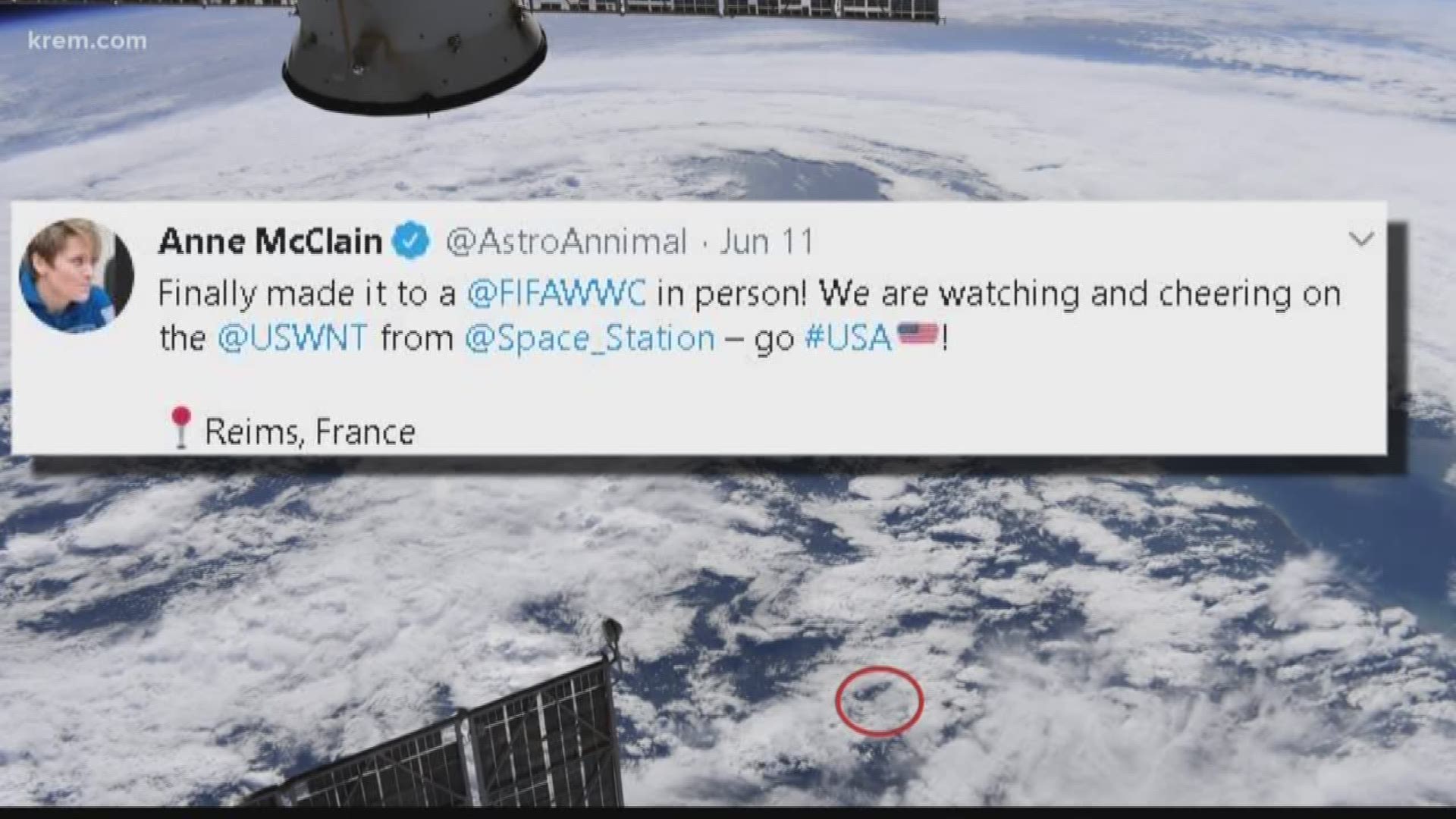 SPOKANE, Wash. — By Monday, Spokane native and astronaut Anne McClain will have spent 204 days on the International Station.

As she prepares for her return to earth from her six months in space, she has been reminiscing on her time aboard the station.

"It's really amazing how the human mind and body can adapt to new environments, how the once incredible can become so normal," one of McClain's tweets said.

Leading up to their return to earth, she and rest of the station crew have been packing up supplies, doing medical tests and maintenance on the ISS, checking their spacesuits for leaks and continuing their workout routines.

The crew also unloaded the SpaceX dragon as it arrived with supplies for the team. It was the spacecraft's final mission to the ISS before much of the crew's descent.

McClain has also taken time to enjoy her surroundings, posting several aerial views of countries she's traveled over, like Sweden, France and Chile.

As she flew over France, she watched the FIFA Women's World Cup, cheering for the US team.