The students had the opportunity to ask McClain questions about the space station and what life outside of earth is like. 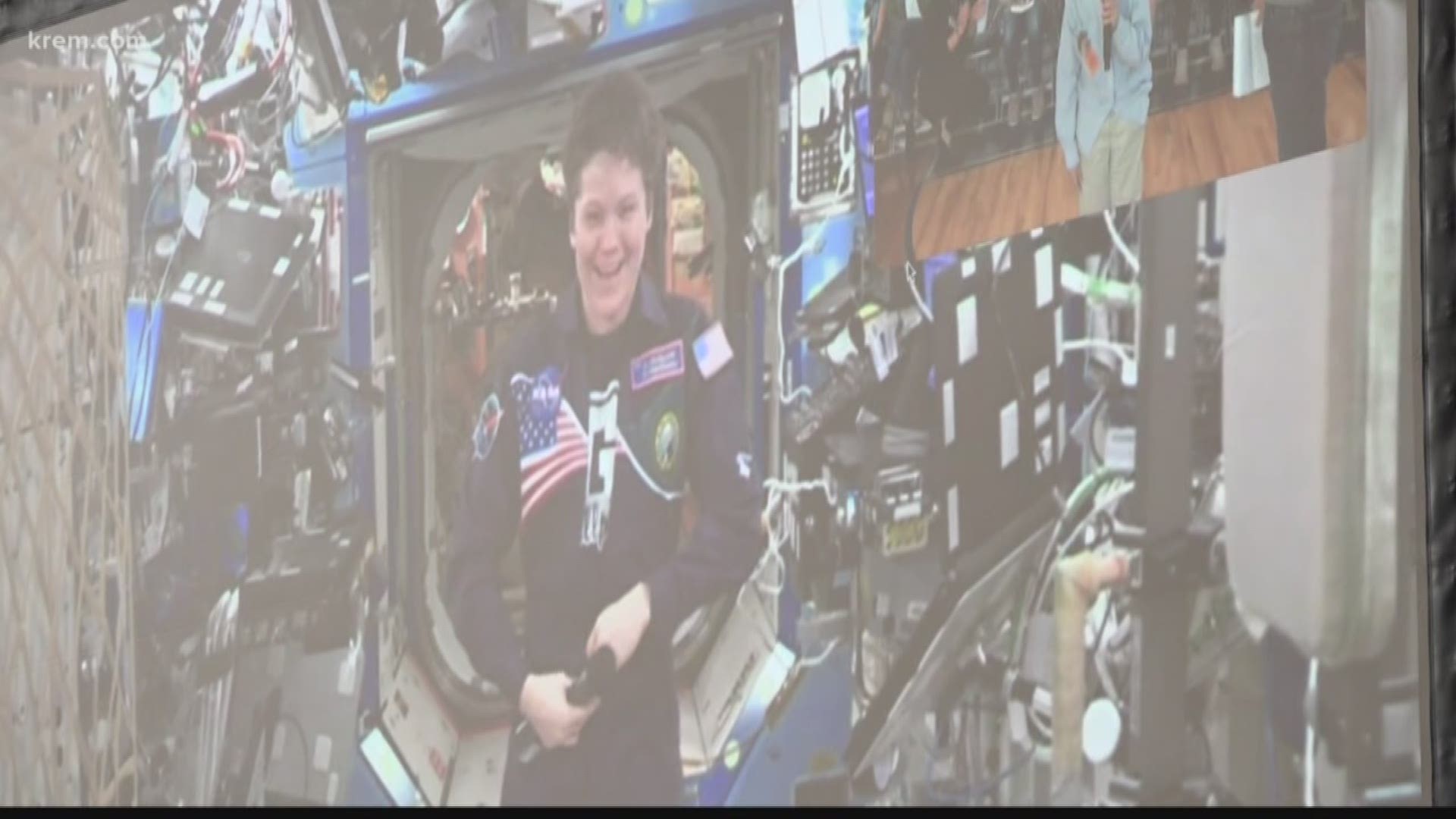 SPOKANE, Wash. — Students from schools around eastern Washington and north Idaho had a live video chat with Spokane native and astronaut Anne McClain on Wednesday.

The Gonzaga Prep gym was filled with students gazing up at large screens, watching the astronaut bob up and down in the zero-gravity body of the International Space Station.

The students had the opportunity to ask McClain questions about the space station and what life outside of earth is like.

When one student asked her how plants grow in space.

"Plants have the same basic needs that they do on earth like light, water and nutrients. Plants also grow toward the light source just like they do on earth," McClain said.

All attention was on the bright screens as the crowd watched and listened, including McClain's mother, Charlotte Lamp. 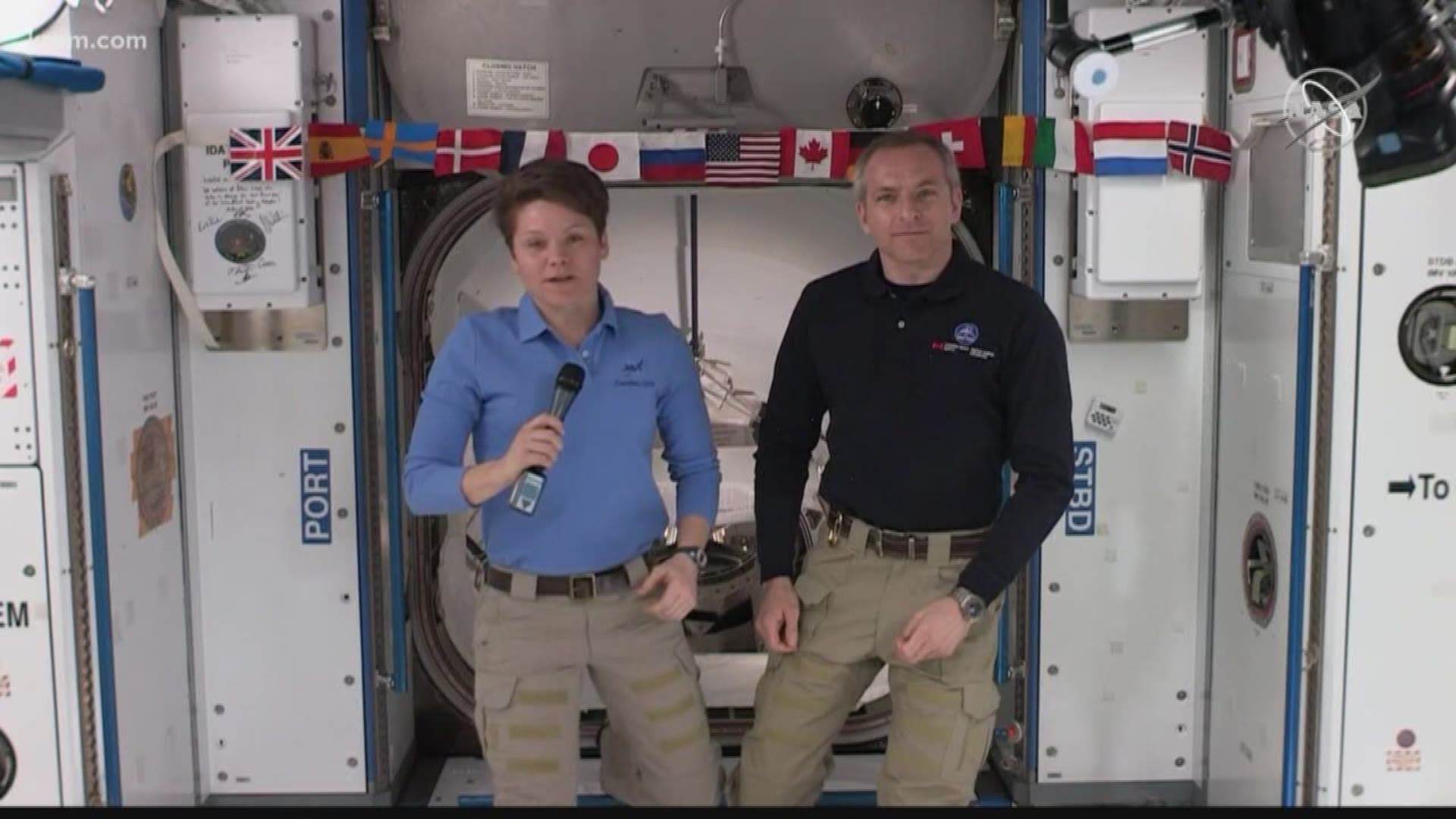 "It's exciting to hear them and to see them ask their questions. I've seen her (video chat) with schools. But she told me that she was really excited for this one," she said.

McClain showed up for the chat prepared, wearing her Gonzaga Prep t-shirt. The crowd cheered when she revealed it underneath her NASA spacesuit.

"Knowing what she's doing for those students is what's exciting," Lamp said.

"I can do whatever I train to be. She trained to be an astronaut, and she's an astronaut now. It's just really inspiring," said Zachary Round, a Gonzaga Prep student.

"It's very inspiring, especially to see the impact she has on other students and how many students are in this room listening to her speak," said Adalgisa DeCaro, another Prep student.

McClain is set to return to earth in June. She will have spent six months in space.