Spokane Community Against Racism held a meeting to speak about their hopes for a new county jail, saying they want a focus on criminal justice reform. 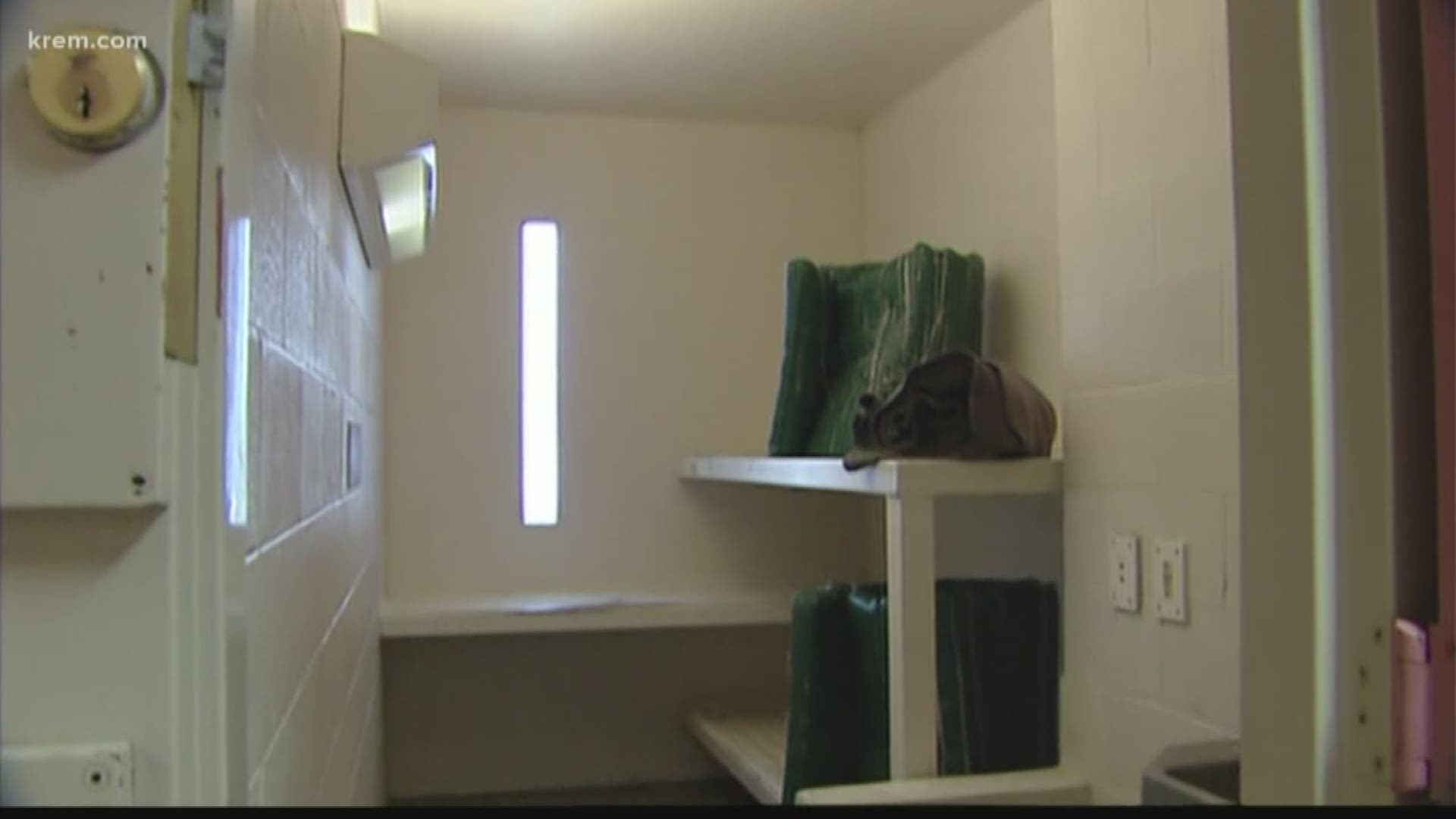 SPOKANE, Wash. — Spokane Community Against Racism, a local group organized to "identify and address racial disparities," will host a meeting discussing opposition to the proposed new Spokane County Jail at 6 p.m. on Monday at the Morning Star Baptist Church.

In Nov. 2018, county officials discussed proposals to build a new jail next to the current one in an attempt to free up space and help the court system.

Funding to build the new jail has not yet been decided. There is currently no set timeline for an official proposal for a new jail.

Pastor Walter Kendricks said the county should focus more on investing in people than locking them up.

"There's a possibility that our money would be better spent investing in people as opposed to incarcerating people," Kendricks said.

County Commissioner Mary Kuney said officials want to look at using different facilities in an effort to keep people out of jail.

"Public safety is the number one concern. We want to have people in jail that need to be in jail, but there are a lot of people with misdemeanor offenses and different things that do not need to be in jail and that's why we are looking at mental health diversion facilities," Kuney said.

The jail suffers from overcrowding, as it is only built to house 460 inmates but can see more than 900 inmates on some days.

Spokane County Sheriff Ozzie Knezovich said the county needs to look at creating a new facility to replace the current jail and the Geiger Corrections Facility in an effort to save taxpayer money.

"I think at this point we probably need to take a hard look at building a facility that actually works with us, not against us," Knezovich said. "Build a better facility to replace this facility and Geiger Corrections and actually save the community money in the long run."

Knezovich also echoed similar sentiments to Kendricks and Kuney, saying that they also need to build a community center aimed at providing programming that would help educate the public and keep more people out of jail.

"One of the most important aspects of this is not just building a jail, you have to build a community resource center and that's where all your programming is, because if you fail to do that you're going to have to build a bigger jail," he said.

The meeting also featured speakers from various other community groups, including the NAACP, The Bail Project, Center for Justice, Smart Justice Spokane and I Did The Time, according to a Facebook post about the event.

The group said in a Facebook post that they would oppose a new jail that only provides more space for inmates due to "the systematic racism within our community and how that plays into the desire for a new jail with more beds."

Other groups, such as The MLK Center and the Carl Maxey Center, are sponsoring the event, according to the Facebook post.

No New Jail: A Community Response