Carson toured Spokane's EnVision Center, which serves as a place for nonprofits to offer services to vulnerable populations in a central location. 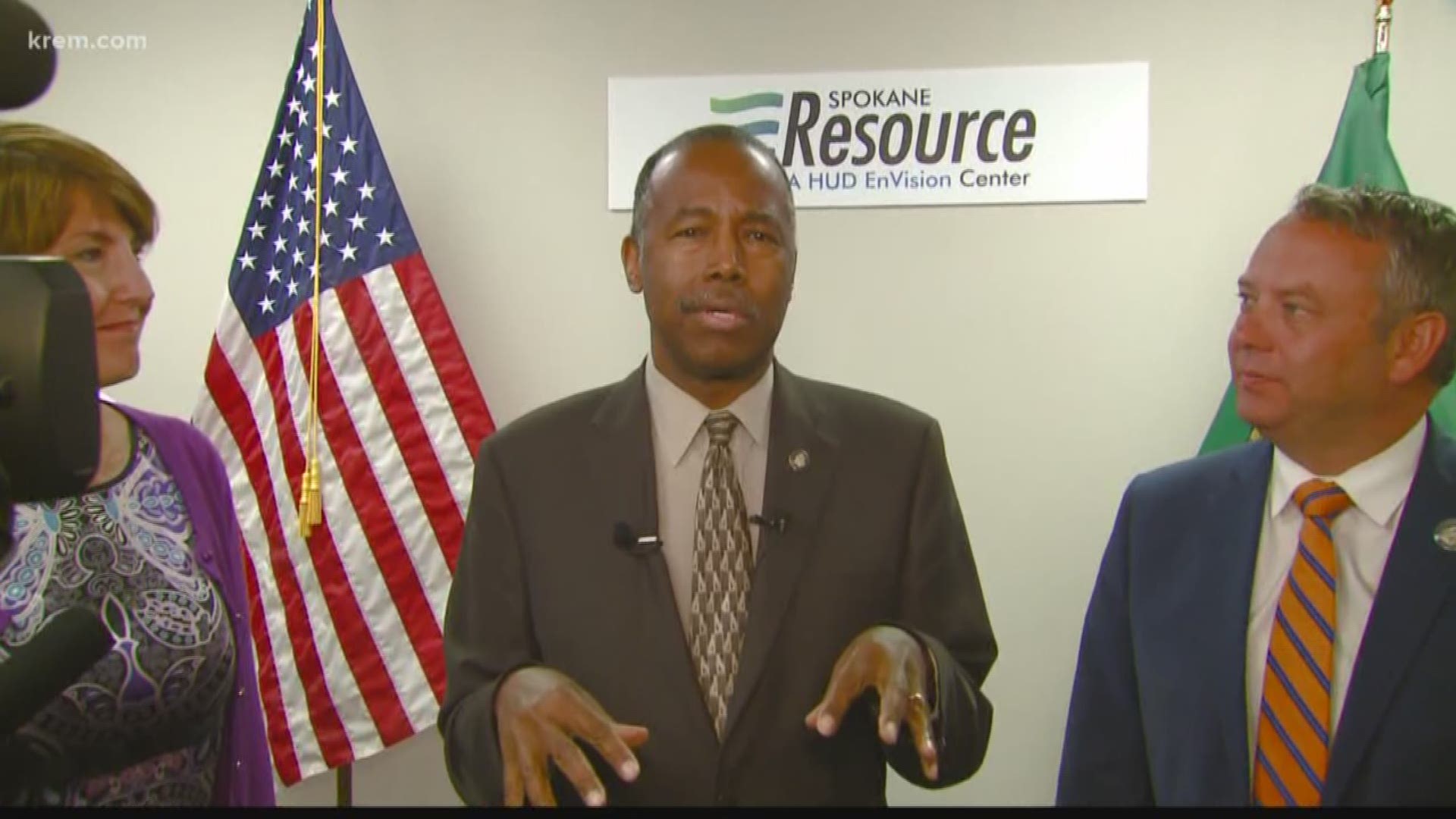 Carson also participated in a roundtable discussion at the center ahead of the tour.

The center, which serves as a place for nonprofits to offer services to vulnerable populations in a central location, held its grand opening in April. It is located at 130 South Arthur Street.

The services offered at the center are grouped into seven categories: housing, pre-employment, health and wellness, peer mentoring, education and workshops, benefits and basic needs and justice.

Housing is one of the most important sectors of the EnVision Center.

While on the tour, Carson looked at classrooms, resource rooms and other sections of the center. His staff say EnVision Centers are one of the secretary's initiatives.

While speaking with media, Carson called Spokane's center "outstanding" and added that he thinks it will serve as a best practices model for others.

"This is a wonderful endeavor here that has shown what can happen when a lot of people come together, work together for the good of the community," Carson said.

"I think Spokane is helping to forge a pathway for a lot of other areas across the country," he added later.

Rep. McMorris Rodgers expressed her gratitude for Carson's visit, adding that she is proud of the Spokane community for coming together to help the vulnerable.

Carson said a common message stood out to him during the tour: Unity.

"People understanding that we can get a lot more done when we have a common goal of elevating our people," he added.

Spokane Mayor David Condon added that he hopes Carson will take some ideas from Spokane's center and bring them others throughout the country.

Carson also addressed changes to the housing first model, adding that it is already evolving into housing first, second third. He explained that the approach focuses on getting people off the streets, figuring out why they are on the streets and then fixing the problem.

"That's what real compassion is all about," he added.

Education about homelessness also entered the discussion, with Carson emphasizing the importance of understanding situations that force people onto the streets, including disabilities, mental illness or personal issues that drove them to financial ruin.

“Having people that can help sort that out and point them in the right direction – that really makes a difference," Carson said.

Carson also visited Boise and Caldwell, Idaho, on Monday to talk about affordable housing alongside of Sen. Mike Crapo.