Spokane's EnVision Center, which provides a place for non-profits to offer services in one central location, held its grand opening on Monday. 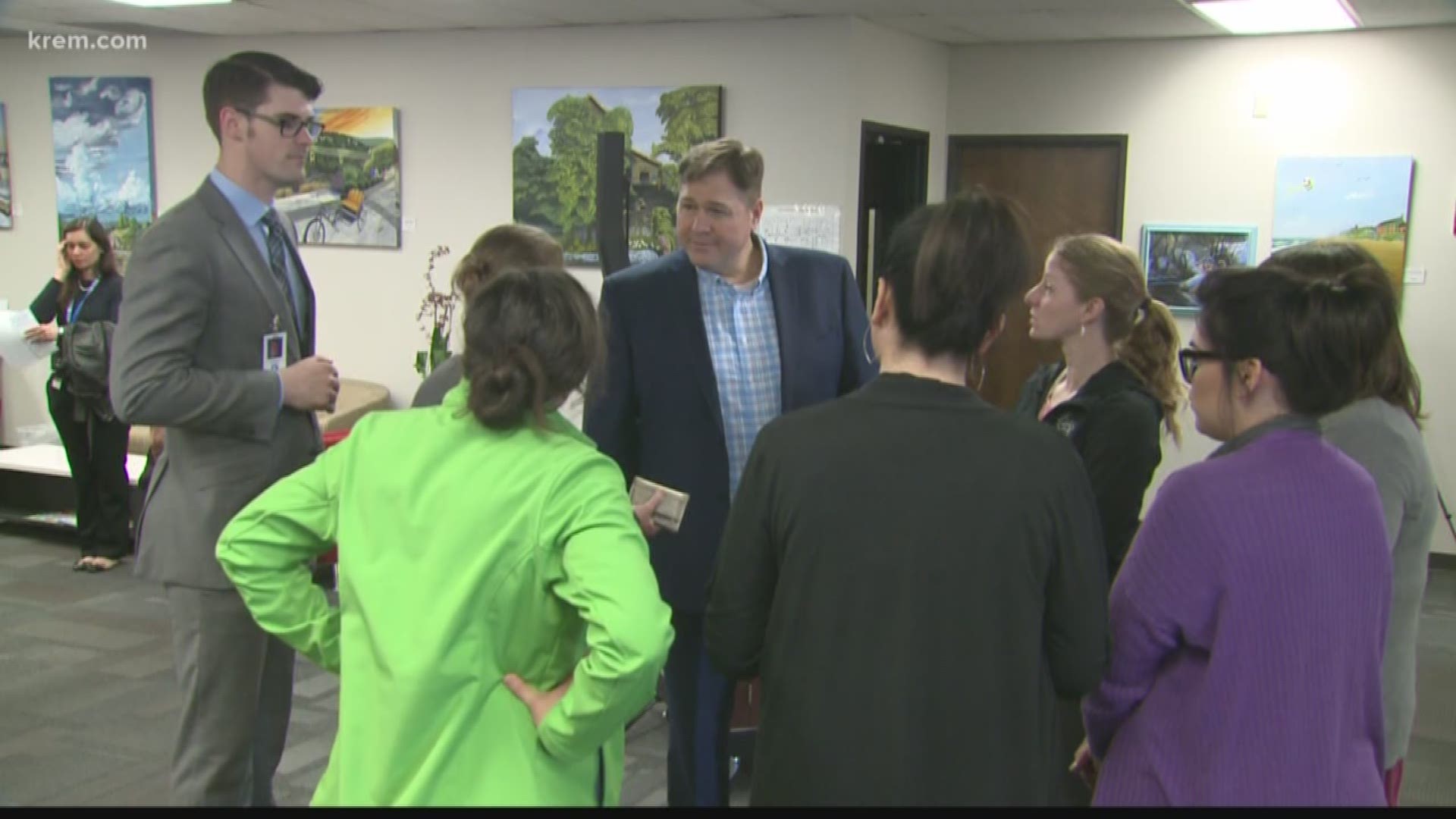 SPOKANE, Wash. — Spokane's EnVision Center, which provides a place for non-profits to offer services in one central location, held its grand opening on Monday.

The EnVision Center is located at 130 South Arthur Street on the second floor.

The center's full name is the Spokane Resource Center: A HUD EnVision Center, according to City of Spokane spokeswoman Julie Happy.

The grand opening event included a social hour, followed by tours, a chance to meet service providers who will be present in the center and staff members explaining who the center will serve and how it will operate, according to Happy.

In March, the center held a "soft opening," which allowed service providers like Catholic Charities and the Arc to move into the center.

During the soft opening, they helped people but didn't take walk-ins.

"There's been just shy of 40 appointments a week," said Alex Reynolds with the City of Spokane's Integrated Social Service.

Reynolds says that the EnVision Center is a big part of the fight against homelessness but there are other purposes, too.

"We want to help people who are on the verge of homelessness, people who are homeless, and people who are getting by but they feel like they're just not living up to their potential and they're under-served here in Spokane," he said.

The services are grouped into seven categories: housing, pre-employment, health and wellness, peer mentoring, education and workshops, benefits and basic needs and justice.

Housing will be one of the most important sectors of the EnVision Center.

"I think it is going to be a large piece. It's one of our main service areas that we're focusing on," Reynolds said.

There is legal help for those trying to re-enter society after being in jail, and assistance with work or housing rights.

"If you're a tenant and you have an issue with your landlord and you're not really sure how to resolve that dispute, we have legal help here," Reynolds said.

There's help with access to healthcare, classes on handling finances, and preparation for job searches.

The EnVision Center is on the second floor of the WorkSource building just east of downtown. WorkSource is a state program aimed at helping people get jobs, but some people have more immediate needs before they can begin that search.

"Really we would call it pre-employment," Reynolds said. "This is to help prepare people to be able to go downstairs and really access the services down there to their maximum effect."

Though having all the services in one place is a big help, the EnVision Center aims to take that centralization a step further by making sure the providers are actively collaborating with each other.

"So if somebody's working with Catholic Charities, and they identify that somebody has some healthcare needs, then they could walk them over to the CHAS staff member," Reynolds said. "[That's] rather than sending them across town for those services, and maybe they [wouldn't] make it the same day. So this is to make that same-day, face-to-face connection."

Reynolds says they have received mostly good feedback from the providers about that collaborative process so far.

RELATED: 'Every life matters': Homeless man in Spokane says he is begging for help 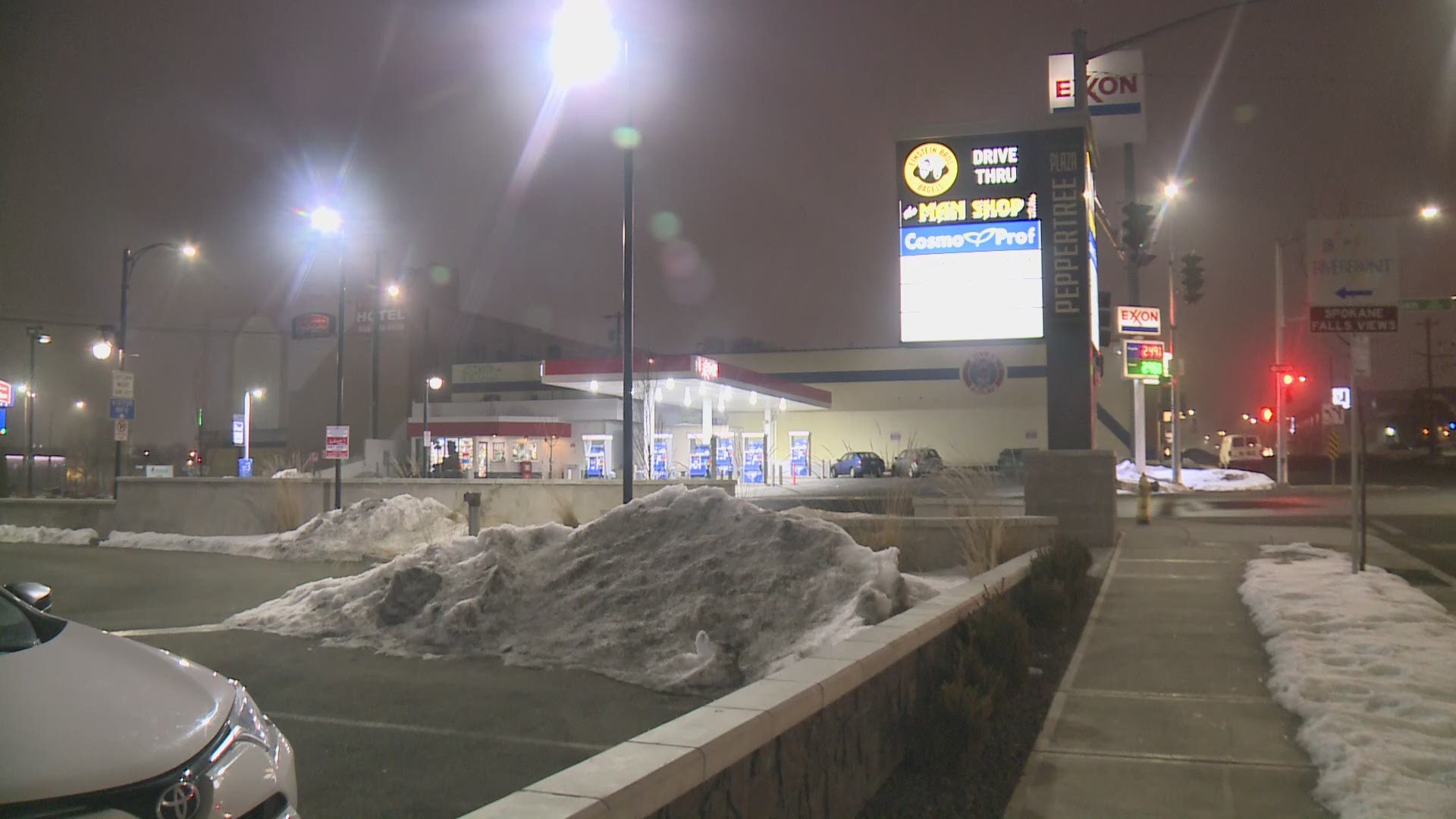