Follow the money; how Spokane mayoral candidates stack up

We've compiled a list of how much the candidates have received from donations and where those donations came from. 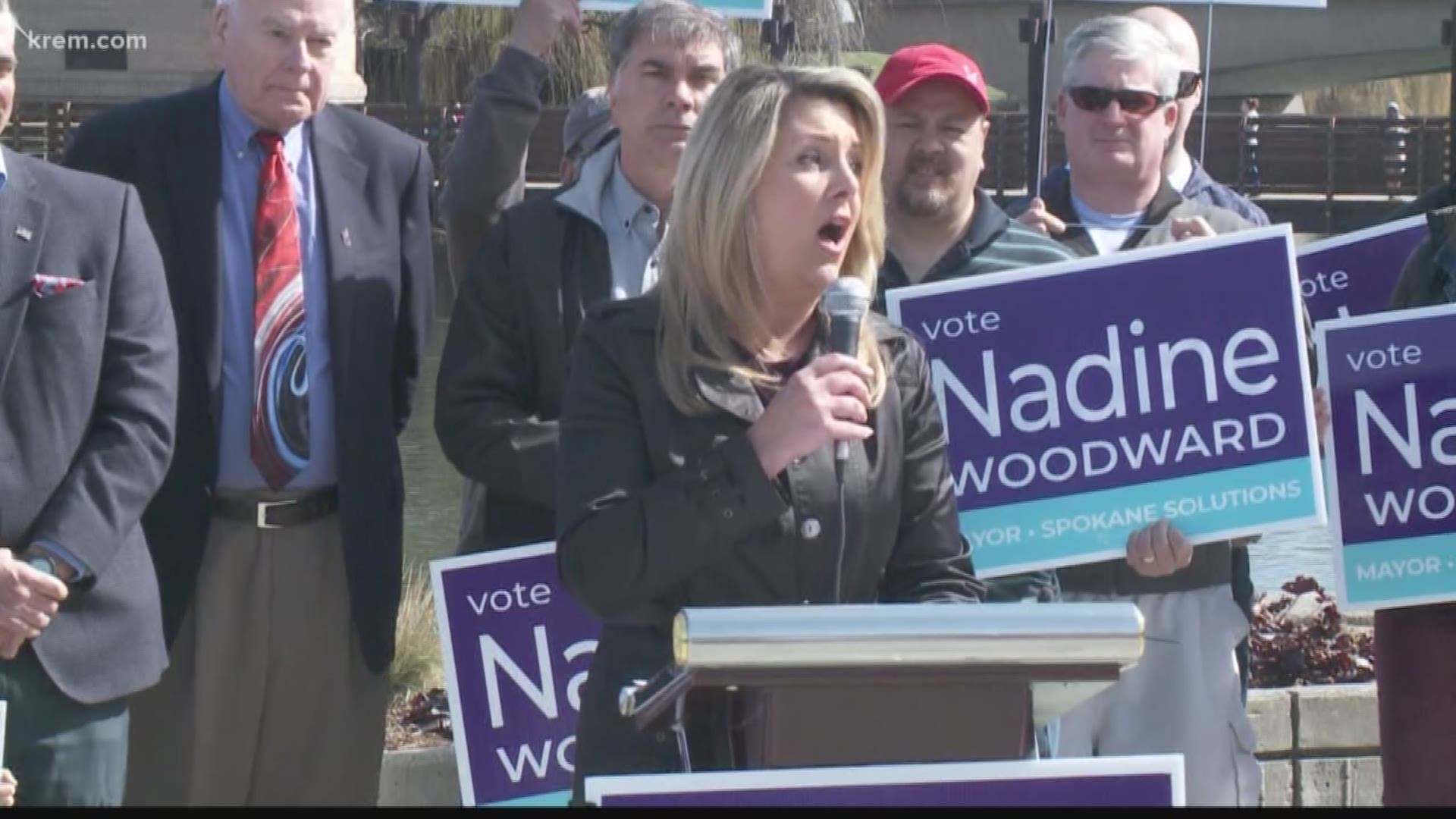 SPOKANE, Washington — As the Spokane Mayoral race heats up, so do the candidates’ fundraising efforts.

Campaign contributions are a good way to track a candidate's progress and chances of winning a race. It also helps to know where each candidate is getting that money from, so we've compiled a list of how much the candidates have received from donations, where those donations came from and how much of that money has been used.

Of the seven candidates who have reported contributions made to their campaigns, three lead the race with five-digit totals. The other four all have under $3,000.

Former TV anchor Nadine Woodward has reported a total $65,465.32 in cash contributions to her campaign as of April 2. That is the most funds raised out of any candidate in the race thus far. In terms of Individual Contributions, she has received $57,535.63, and the other $8,698.42 comes from sources listed under the category ‘other.’

Coming in close behind Woodward for most campaign funds raised is current Spokane City Council President Ben Stuckart. As of April 19, his campaign has received $58,902 in cash contributions. The majority of those contributions come from individuals, at about $48,763.16. Following those are contributions from political action committees at $5,400, then Union contributions at $5,250, followed by business contributions of $3,893, then party contributions at $1,500 and $630 comes from ‘other’ sources.

Organizations and committees affiliated with the Democratic party or unions make up a noticeable portion of Stuckart's funding. Though, like Woodward, he also has a number of business donors, and the bulk of the funding comes from smaller individual contributors.

Whereas Woodward doesn't yet have many donations from notable conservative politicians, Stuckart has a lot of support from progressive politicos.

He also has a donation from Lisa Brown's old congressional campaign committee.

The business donation comes from Poole's Public House; the remainder of his donations are almost all contributions under $1,000.

Business owner and former pastor Jonathan Bingle is next on the list with $2,745 in cash contributions as of February 11. The majority of that comes from individual contributions at $2,600, and $145 came from ‘other’ sources.

Many of Bingle's donors appear to be family members.

All of those funds are listed as coming from ‘other’ sources; the money is all Cruz's own money he's donated to his campaign.

Lastly is Eastern Washington University graduate Chris Schroll, who has $106.00 in cash contributions as of February 28. Schroll received $90 from individual contributions and $70 from ‘other’ sources.

Declared candidates Jason Dixon and Manoochehre Gahvarehchee have not reported any money raised.