Woodward, a former KREM and KXLY anchor, recently retired from broadcasting after a career spanning more than two decades. 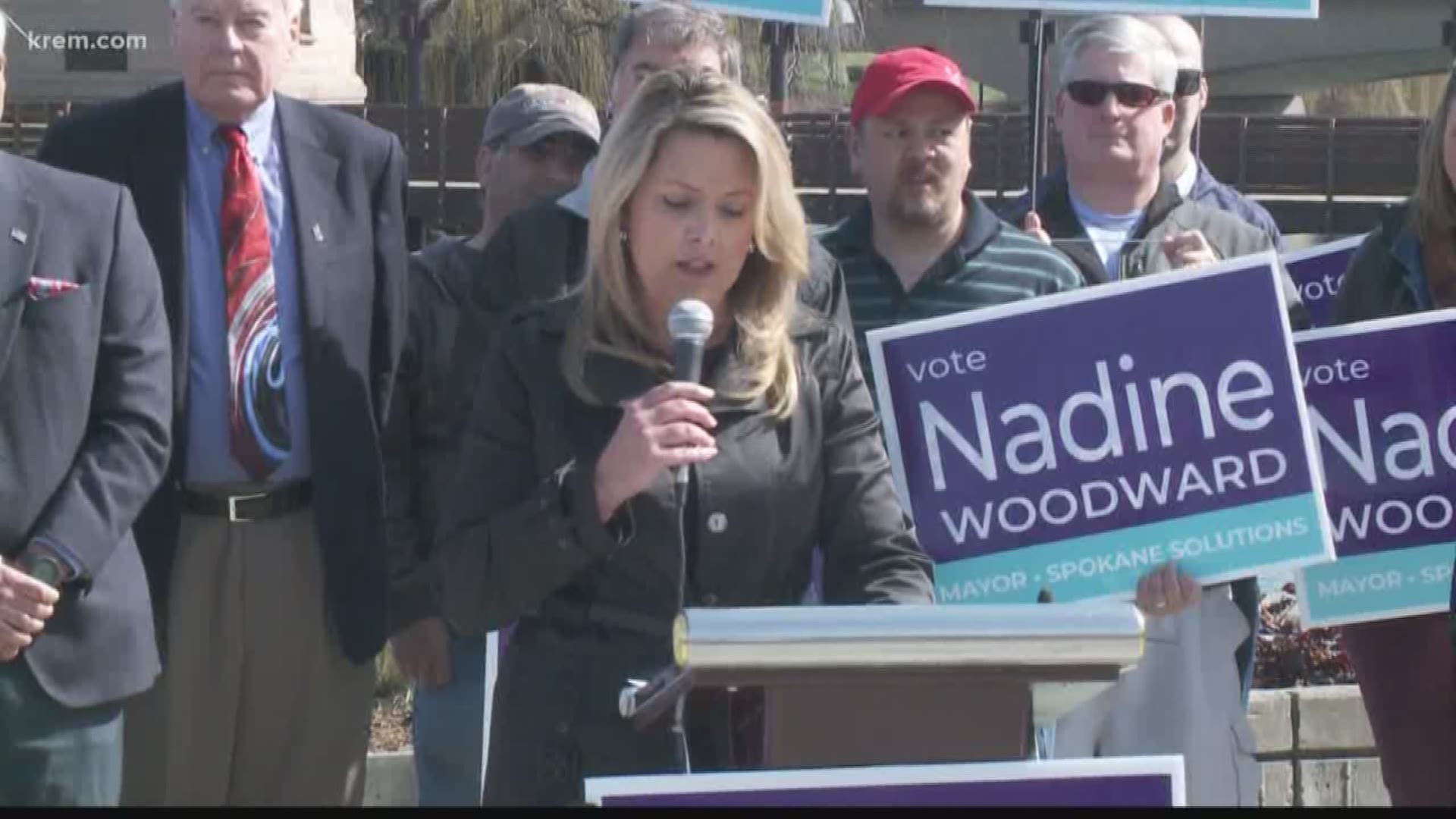 The announcement took place at Riverfront Park next to the Looff Carousel. The public was invited to attend.

Woodward, a former KREM and KXLY anchor, recently retired from broadcasting after a career spanning more than two decades. She has never held political office.

During a press conference announcing her candidacy, Woodward reaffirmed her love for and commitment to Spokane.

“It is amazing to see what we have become and to imagine what the future holds," she said. "Those of you who know me or have watched me over the years know how much I love Spokane. I came here over 30 years ago to continue my broadcast journalism career."

Watch the full press conference below:

Woodward said she believes that the City of Spokane government has made real progress but has recently been "bogged down with bickering," citing recent accusations of employee bullying.

If she is elected mayor, Woodward said she would work to protect city employees, especially women, from bullying and harassment.

"Let's free up our city employees to the great work that they're trying to do – serving our taxpayers without having to deal with negativity and conflict," Woodward said.

Woodward added that she does not believe an open-door policy at City Hall would work, referencing a city council ordinance that keeps the building's lobby open to the public during business hours.

The City Hall open lobby ordinance passed by a 5-2 vote on March 25 after being delayed seven times.

"We are not California. We are not Seattle. We are Spokane and we're proud of it," Woodward added. "Spokane deserves better, my friends. A lot better. That's why I'm running for mayor."

Woodward also addressed help for businesses, crime and homelessness during the press conference.

"Property crime and auto theft have been unacceptably high for too long," Woodward said. "We must also do more to protect the most vulnerable, such as the homeless and drug-addicted. These are issues that cannot be ignored and must be addressed with compassion."

In response to the recent controversial KOMO News documentary "Seattle is Dying," Woodward said she doesn’t think Spokane is dying when it comes to homelessness. Instead, the city needs to get a handle on it, she said.

Spokane's mayor needs to be a good communicator, listener and advocate, Woodward said. She promised to deliver on that front.

“I will be a mayor who will work my heart out for Spokane because my heart is Spokane. And I promise I will never embarrass this city," she said.

Spokane is electing a new mayor in 2019, as incumbent David Condon cannot run for reelection due to term limits.

Five other candidates have officially thrown their name in the hat as of March 11, 2019. Filing week, when candidates official file with the elections office, takes place in May.

The most prominent candidate to file before Woodward's announcement was Ben Stuckart, the current Spokane City Council President.

The primary election takes place on Aug. 6, 2019, which will narrow the field down to two candidates. The general election will take place Nov. 5, 2019.