Cheney High School teacher Monte Syrie's blog 'Project 180' is being turned into a book. It chronicles his time as a teacher everyday for five school years. 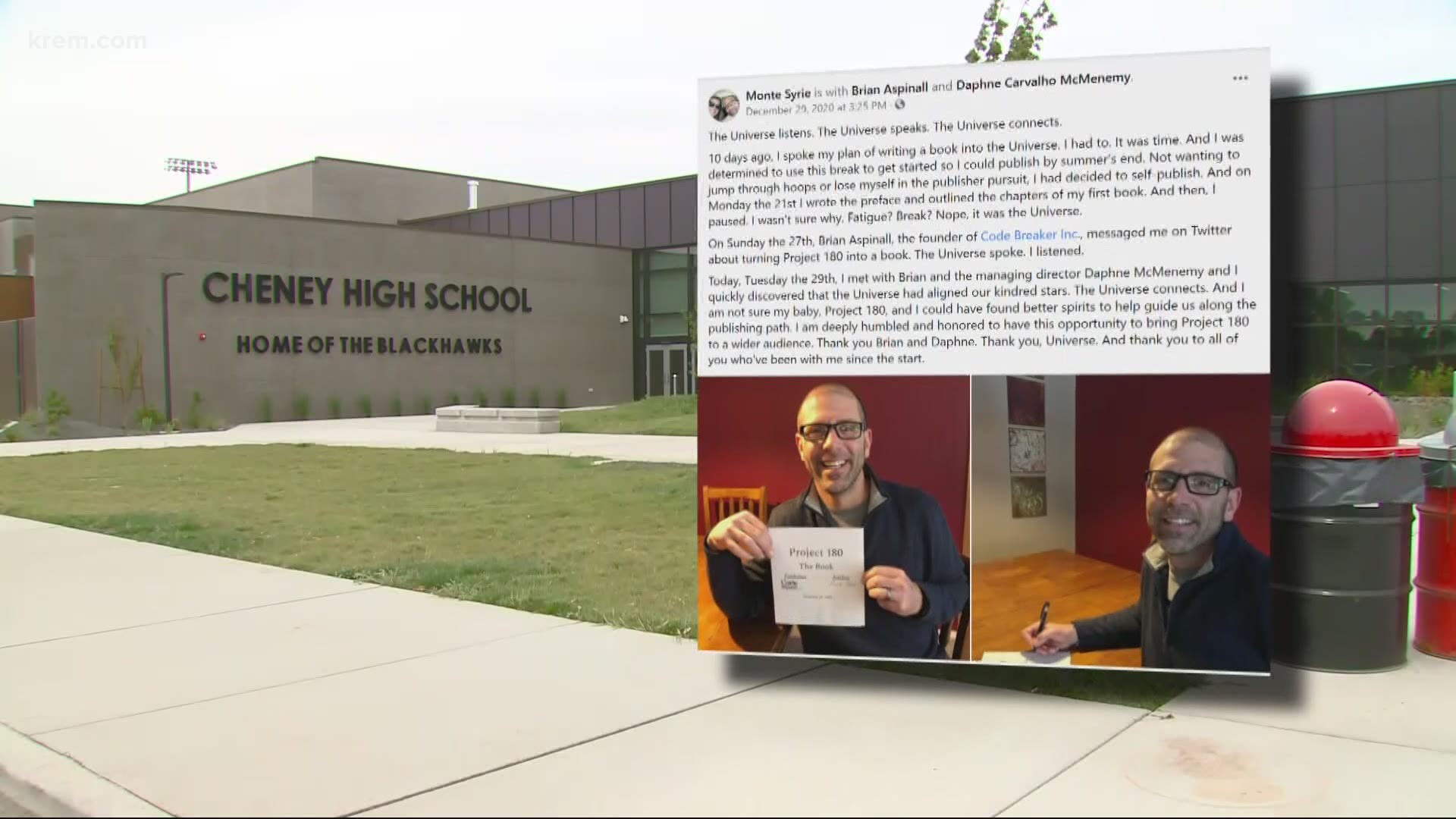 Monte Syrie's blog, "Project 180" is being turned into a book.

"It started off as an effort to change education and it's grown ever since," Syrie said. "And it kind of became unnecessary habit for me."

That habit has stuck for the last five years.

Syrie's blog documents all 180 days of the school year reflecting on the work he does with his students and finding ways to do it better.

One-hundred-eighty days, for five years — that's a lot of writing. He admits there are days it is difficult to keep up.

"I kind of give myself a 10 minute rule: If I'm sitting there staring at the screen not imagining anything to write about that day, then I just basically bow out," Syrie said. "I let my, my readers know this is just not going to happen today, the dry, the wells pretty dry. And I ask for their forgiveness. Fortunately, that doesn't happen very often."

Syrie said his students inspire him everyday, always giving him something to write about.

"I think I have learned from my journey, the importance of humanizing education," Syrie said.

Like many school districts this year, Cheney went to a hybrid distance learning model in response to the coronavirus pandemic. This created some challenges keeping up with Project 180.

"It's worked, but hasn't worked as well," Syris said. "It's really hard to talk to kids when all you see is just the black screen with their with their white little names on it."

He titled the first post of the school year, "We're going to be ok."

"I tried to basically set their minds at ease that come what may, I'm here, they're here," Syrie said. "I am going to serve and support them through this journey, and we're just going to make the most of together."

Syrie said feedback from students, parents and colleagues have been overwhelmingly positive.

"It's fun sometimes because I will hear from kids and who have not been in my class for three or four years and I'll get a quick comment like, 'Wow, great posts today, Syire, and keep it up.'," Syrie said.

Last month, his blog reached the eye of a Canadian book publisher. They asked if Syrie would want to turn Project 180 into a book.

"I was wildly enthusiastic about it," Syrie said. "I'm still not quite sure it's real and I've got a lot of work between now and August."

"Project 180: The Journey to Better Begins" is expected to hit the shelves in August.

It will be a collection of 180 of his best posts and commentary.

"If my journey can help anyone else pursue their own betters then the journey will have been well worth it," Syrie said.