VIDEO: Meteor falls from the sky north of Sandpoint

A KREM viewer sent in this amazing video of a meteor falling on the night of Dec. 23. 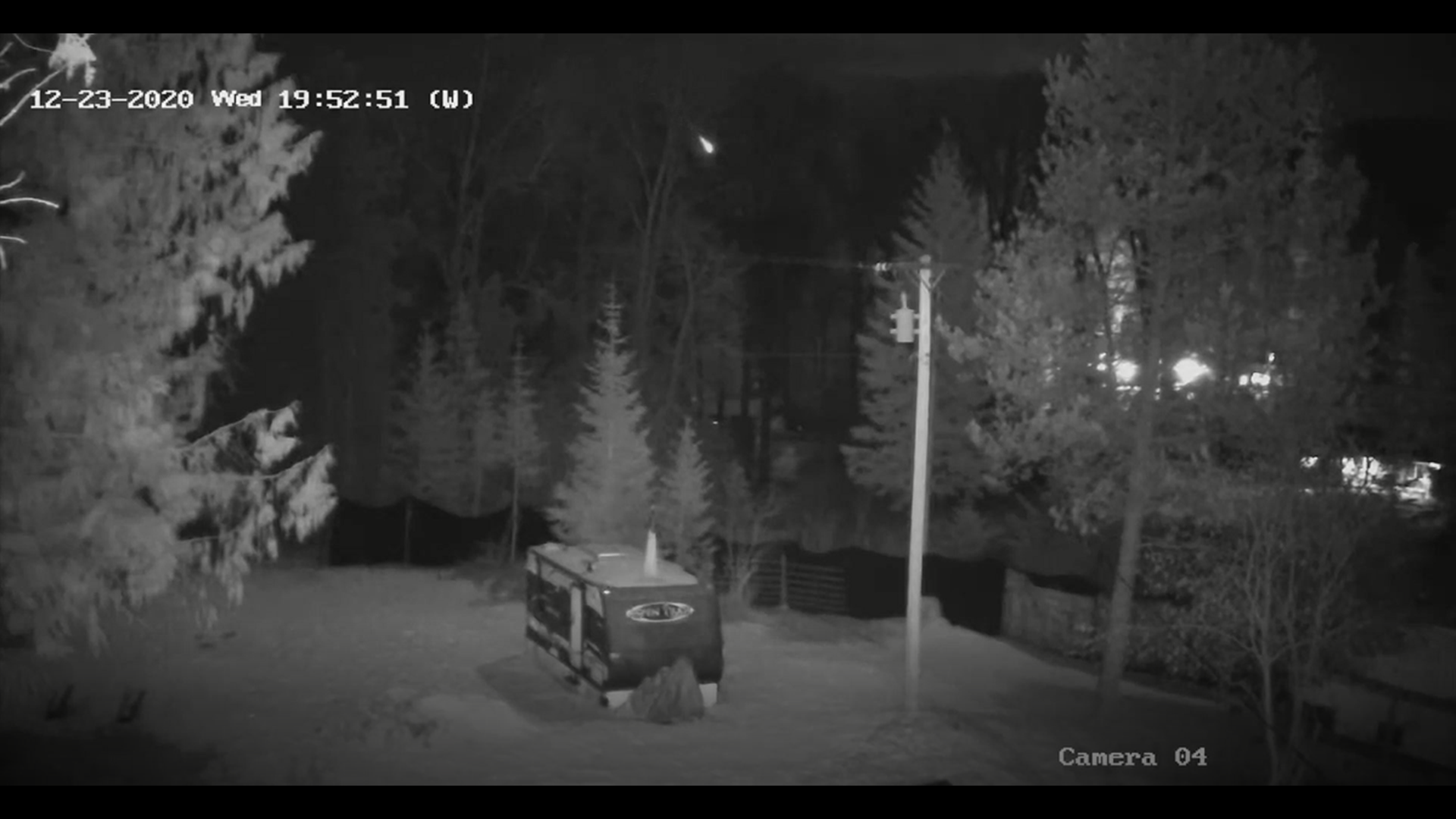 A KREM viewer captured video of a meteor falling north of Sandpoint on Dec. 23.

In the video, a fireball is seen falling from the sky. It flares brightly before disappearing behind a small mountain ridge, according to the KREM viewer who sent in the video.

The video was captured at his mother's Upper Pack River Valley home about 15 miles north of Sandpoint.

There are three other reports of people witnessing a fireball in Idaho that night according to the American Meteor Society. However verification of those reports is still pending.

Earth is bombarded with more than 100 tons of dust and sand-sized particles every day, according to NASA. Space rocks smaller than 82 feet will most likely burn up as they enter Earth's atmosphere and cause little or no damage when they hit the ground.