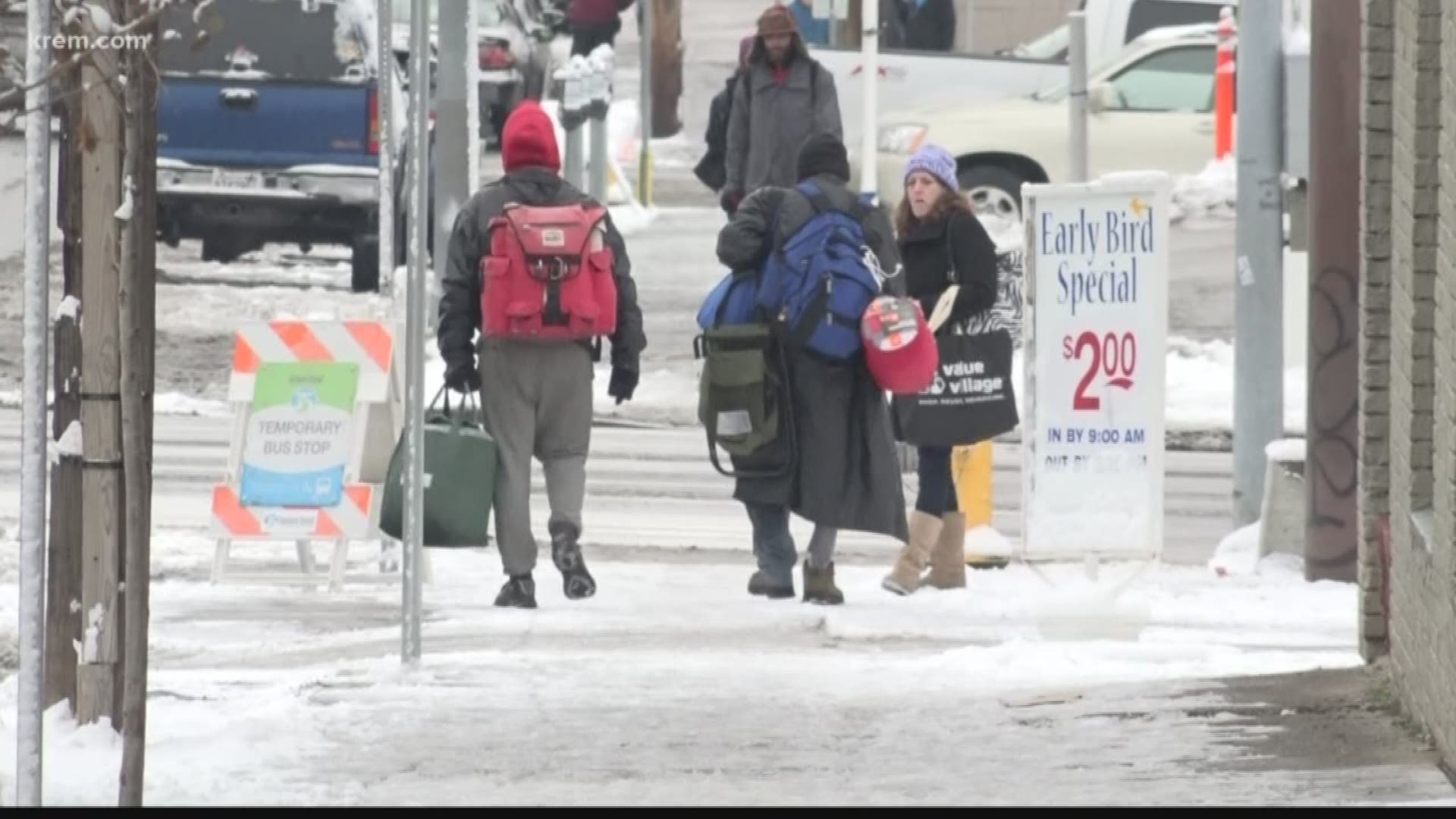 A homeless encampment was formed in front of City Hall in November in response to the city’s suspension of the sit-lie ordinance, which prohibits people from sitting or sleeping on city streets.

Fifty units will house homeless residents. One will serve as a unit for an on-site property manager. The property will also provide residents with access to supportive services through the Catholic Charities Social Services program.

A second Catholic Charities property called Father Bach Haven Five will also support fifty homeless residents. Construction for the site located at Division Street and Sprague Avenue in downtown Spokane is expected to begin in early 2019 and should be completed within a year, Mallahan said.

Catholic Charities has nearly 1,300 total housing units for homeless residents throughout Eastern Washington and more than 300 units across five buildings in Spokane. Mallahan said there are no barriers for living in Catholic Charities' properties but residents must be held accountable for their role in fostering a safe community.

Each property's overall development budget sits just above $10 million, with nearly $4.5 million of that budget going toward construction, Mallahan said. The remaining money will fund services at the apartment complexes.

The Washington State Housing Finance Commission and Trust Fund provided $9.8 million in funds for each building, according to Mallahan.

Mallahan said choosing the locations of both properties was a strategic decision to reduce operating costs and provide better support services for residents.

“We are able to provide better supportive services with the proximity of these buildings to Frontier Behavioral Health and medical services,” he added.

Catholic Charities will focus on building housing outside of the downtown area in the future, according to Mallahan.

“We don’t want to concentrate poverty, so we are focusing on properties in other areas in the future,” he said.

According to the City of Spokane's latest point-in-time count, about 310 of about 1,244 homeless residents were unsheltered and 934 were sheltered. Mallahan said Catholic Charities will continue to build housing for vulnerable homeless residents if there is a need.

“Every time we open up one of these buildings, chronic homelessness goes down,” Mallahan added.

Sisters Haven has 23 three-bedroom, 36 two-bedroom and 16 one-bedroom units. Every unit includes beds for each resident, a washer and dryer, and a dishwasher. Residents can request other items through the Catholic Charities Furniture Bank. An on-site case manager also coordinates supportive services, including childcare, counseling and social activities.