Issues with the pump and various leaks have caused city officials to close the pool for the second year in a row. 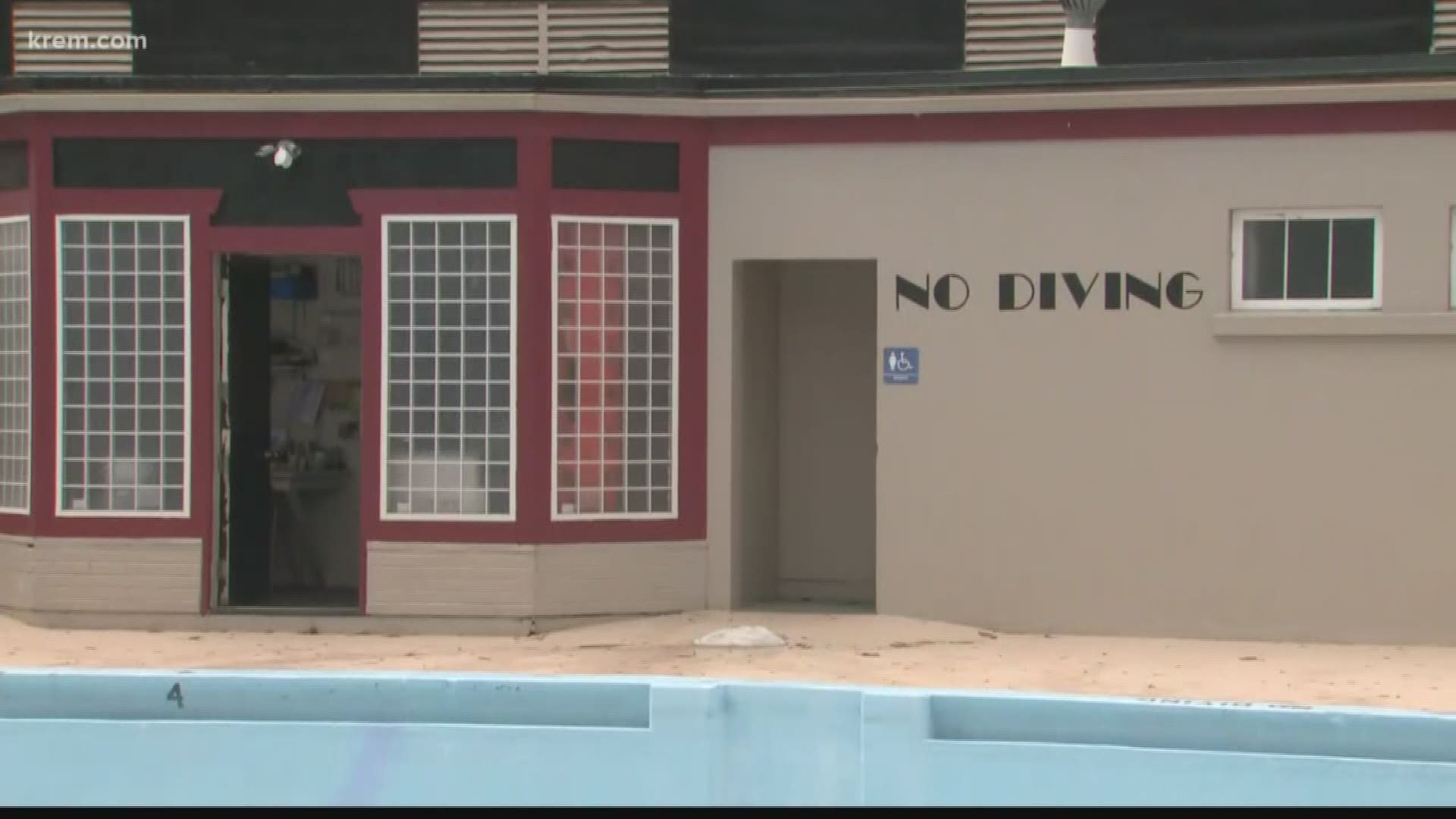 WALLACE, Idaho — For the second year in a row, mechanical issues have forced the closure of the historic city swimming pool in Wallace.

The structure, which is 80 years old, has faced several challenges in recent years including leaks and pump issues.

The outdoor pool, which operates seasonally, closed for the first time last summer, according to city staff. The city has since hired an engineering firm to assess the old pool and look at options moving forward.

Sanborn also owns Wallace Brewing a block away on Bank Street and says that parents will often visit the brewery after dropping their children off for a swim.

1 / 5
KREM
The city pool in Wallace, which will stay closed for a second straight summer.

"Mom and dad come in here and have a few beers, relax, shoot some pool. And then they go back out to the kids." Sanborn said.

He added that the city pool is popular with both locals and tourists alike.

"People in town would be surprised at how much revenue that pool brings to downtown businesses," he said.

The pool, which is on the national register of historic places, has previously been used by classes at Wallace High School as well, staff said.

City employees told KREM that the pool's pumps make it difficult to keep the water fully heated. At the same time, city crews have had a difficult time locating various leaks around the structure that cause the pool to lose water. Old concrete that comprises much of the pool and its surrounding structure is also difficult to replace and repair, city employees said.

"It's just old. You've got pipes that have rusted out underneath concrete. These are things that just have to be fixed. It's probably not going to be easy and it's not going to be cheap," Sanborn said.

For now, the city says no firm decisions about the pool's future have been made. At this point, the contracted engineering firm will begin looking at the pool to determine next steps.

"It's just a nice community thing," said Sanborn, who has lived in Wallace since the early 90's. "Most of the kids that grew up here have a story about the pool."