The training comes as BNSF recently purchased an airboat to be used by local first responders during difficult rescues. 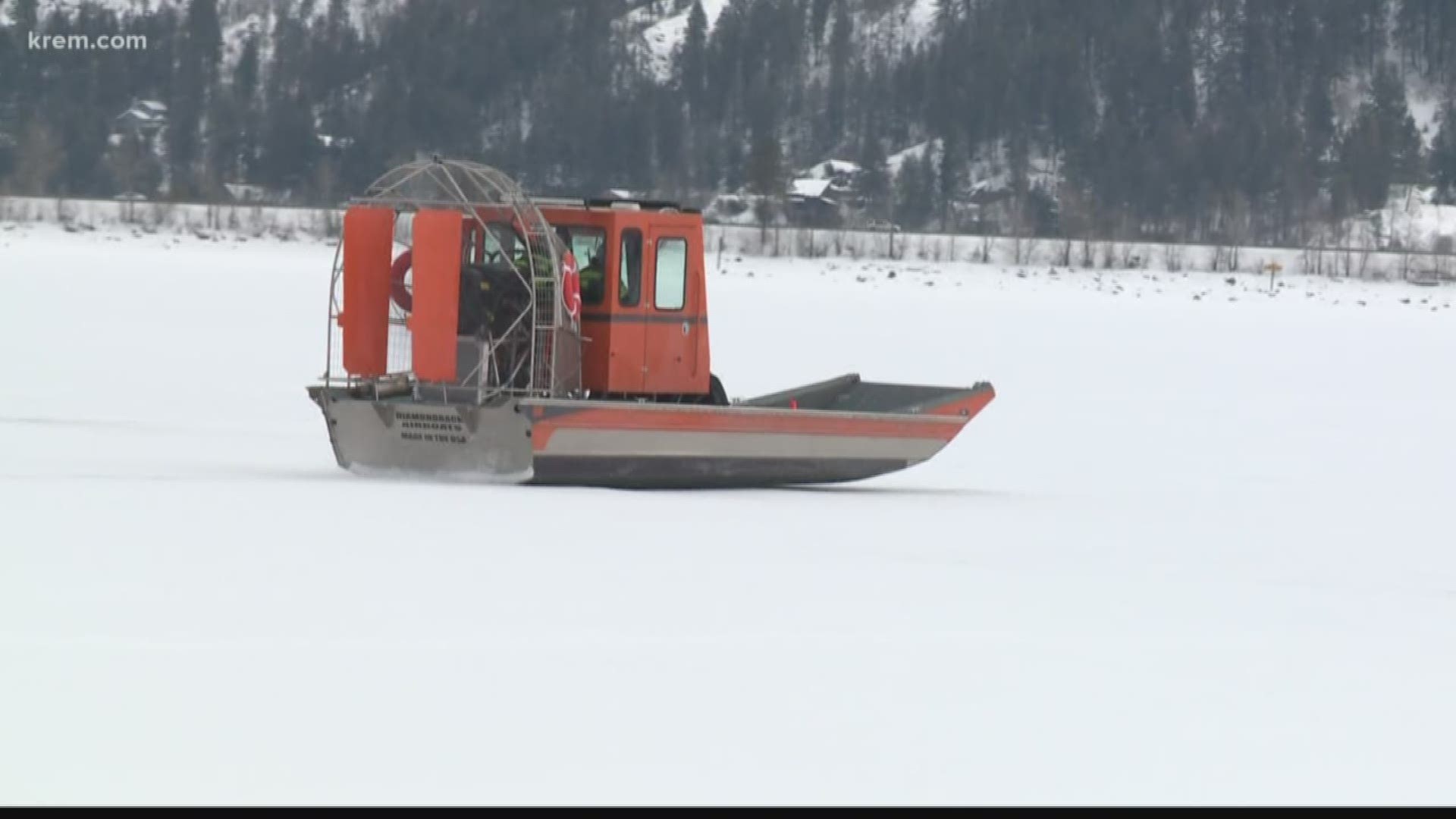 Friday marked non-ideal conditions for just about everyone who enjoys spending time on Lake Pend Oreille.

But for first responders in Bonner County and Burlington Northern Santa Fe Railway, it was the perfect day to conduct winter weather disaster training.

“Having these types of exercises are incredibly helpful. It gives everybody a chance to get to know each other,” said Courtney Wallace, a spokesperson for the railway.

BNSF recently purchased an airboat to be used by area first responders on local waterways. The boat, which is flat-bottomed and propelled by a large propeller, will be housed by Selkirk Fire and Rescue in Sandpoint.

While the boat is ideal for activities on frozen water, Wallace said that area agencies would be able to use the boat for other exercises.

“That’s part of being a good neighbor, a good corporate citizen," Wallace said the boat's purchase and BNSF's agreement with local responders.

“To have that new boat and this equipment nearby, we can get out there to prevent [oil] spills from damaging our environment is a very important thing to do,” said Eigler.

The training comes as BNSF is in the midst of seeking approval for a second rail bridge over Lake Pend Oreille. Under the proposal, the new bridge would run parallel to the railway's existing bridge.

The project is still awaiting approval from the US Coast Guard.

“This about being safe. And we would not be in business if we were not a safe railroad,” Wallace said, noting that BNSF has around 330 employees in North Idaho. “We have people who live here, we have people who recreate here. So this is home to a lot of our employees.”

RELATED: Six of the best camping spots in the Inland Northwest in 2019