The questions ranged from why allegations of abuse against their security chief weren't caught before hiring to potential policy changes. 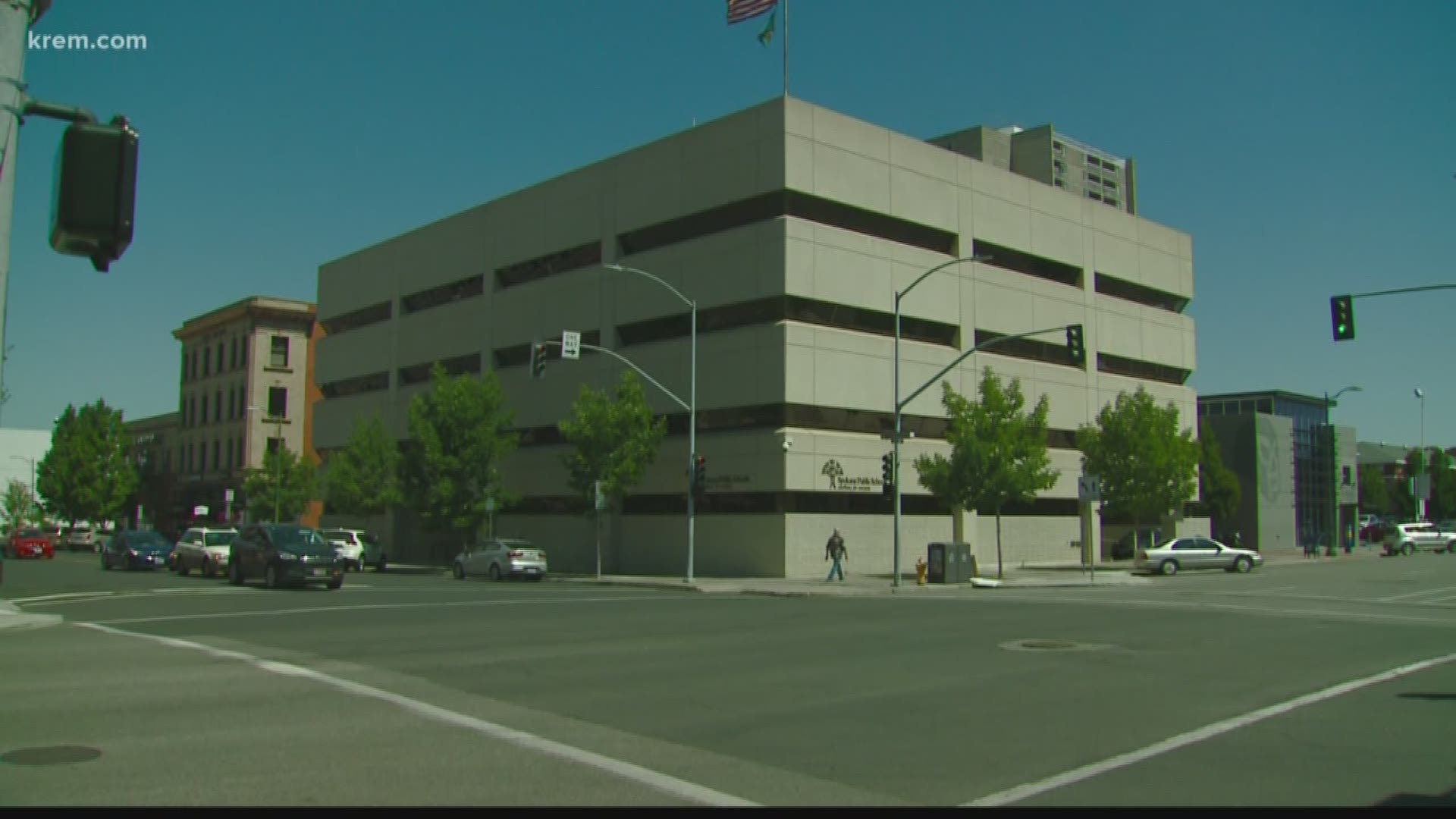 Spokane Public Schools' Security Chief resigned 16 days after he began in the position after allegations of physical and sexual misconduct surfaced.

SPS Spokesman Brian Coddington said an anonymous source provided the district with documents containing the allegations on Monday, after which the district worked to authenticate the documents.

Santos Picacio, the district's security chief and the subject of the allegations, resigned Wednesday, just 16 days after he started the job on July 15.

Court documents filed in civil court containing the allegations were obtained by KREM. The documents include a restraining order motion and divorce records.

The documents also include allegations of alcohol abuse, violence toward people and animals, threats of murder and sexual abuse.

Picacio denied many of the allegations in the documents.

KREM 2's Ian Smay met with SPS Spokesman Brian Coddington to ask about the district's background check process, potential future policy changes and why the allegations against Picacio weren't caught before his hiring.

Coddington: We are evaluating our background check procedures. That will include this most recent incident, [and] also the Shawn Audie piece of it. So, we're working through that right now. There's a lot of different moving parts and pieces, a lot of different considerations, a lot of different ways you can do that. A lot of third party providers. So, we are going through an evaluation process to see what our needs are and then what best fits those needs.

Smay: And do you have any specifics on how that policy is changing or any specific areas that you are looking at?

Coddington: So, the policy hasn't changed at this point in time. We are still in the information gathering process. Currently, our backgrounding process is run entirely in-house through HR. There are some ways to do that externally, so either through investigative-type services, or there's some technologies in place as well that can assist with that process. We're looking at all those different options, we're looking at our need and we're trying to figure out what best meets the need that we have.

Smay: What's the criteria for the next Spokane Public Schools security chief?

Coddington: You know, our focus has really been, in the last couple of days, on the immediate incident at hand. So, we received, from an anonymous source on Monday, some allegations and documents that contained allegations that were very serious. We moved immediately to ascertain the authenticity of those documents and also to start to understand the allegations in those and the truthfulness behind those. So our focus has really on doing that, and then dealing with the matter at hand. We haven't spent a bunch of time, at this point, on what our next steps are going to be. We did go through a robust process of recruitment and hiring. I don't expect that our criteria and our job description are going to change dramatically, but we'll look at everything.

Smay: What would need to show up on a background check to disqualify an applicant?

Coddington: Its very position dependent. But, obviously any kind of criminal history is going to be problematic for most of the work that we do. Most of our 4,000 employees do interface with students, and so, with the student population comes some need to have some protectivity of that population. Not all of our employees do have interface with students, so it will vary a bit by job description. But certainly, if there's criminal activity and criminal history that comes up, that's going to be a problem.

Smay: What about specifically for a security chief? Would there be any specific disqualifiers for that position?

Smay: Is Spokane Public Schools maybe going back and redoing all the background checks they have out currently in light of this incident, or is that's not going to happen?

Coddington: That's not something that's been discussed.

Smay: I think you said earlier that its in-house. Is it only in-house or is there anyone else that helps conduct the background checks for Spokane Public Schools?

Coddington: So, maybe the easiest thing to do is to walk you through the process that we go through. When you're identified as a finalist for a position at Spokane Public Schools, you do go through a background check that includes fingerprinting and running through the FBI database and the Washington State Patrol database for criminal history. Reference checks are done with our candidates as well, so previous employers and other references that are listed. So, that's the process that we go through. Its a pretty robust process that we're going through, the FBI background check and the fingerprinting process. So, the process is initiated in-house, obviously we don't do the FBI background check. Those fingerprints are sent for completion by a third-party.

Coddington: That's what goes out-of-house. The reference checks are done in-house by our HR department.

Video of the full interview appears below: