Names for new Spokane middle schools: How to give your input Wednesday

Spokane residents can give their input for school names at the SPS board meeting Wednesday night. 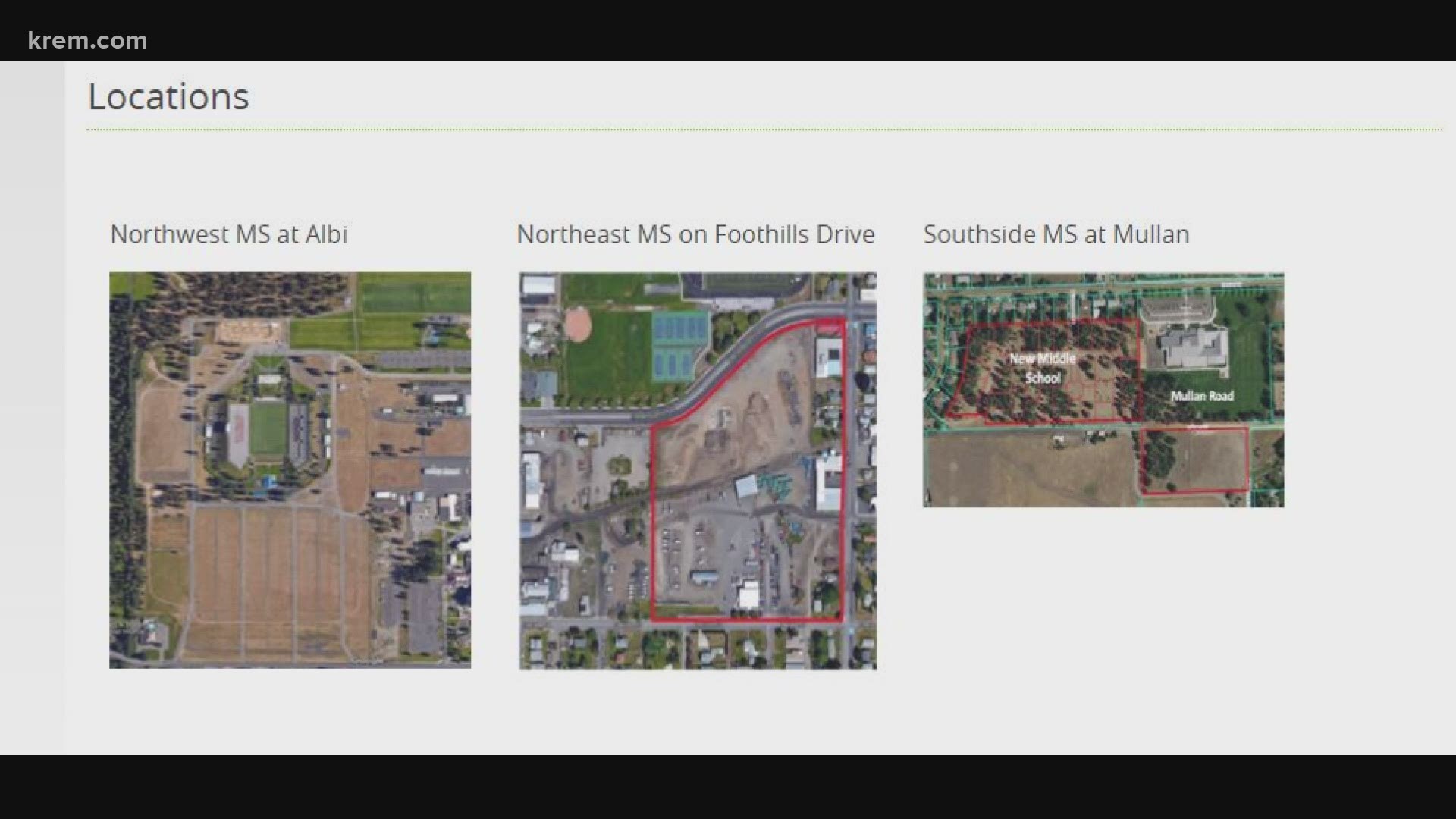 SPOKANE, Wash. — This is the first time four schools will be named at the same time. On Wednesday, SPS will hold a meeting at 7 p.m. to ask for more public input on the finalists. Guests will be able to give their opinion at the meeting. The school board will then make a decision by May 26.

Community input has led to the nine finalists of three new Spokane middle school names. There are also suggestions to rename another school in Spokane.

All of the submissions are from the community. They were submitted through the school district's website in February.

The naming considerations were made from this list of requirements:

The finalists and their full descriptions can be found on the SPS website.