'It is time for reconciliation': City council acknowledges Spokane Tribe of Indians land

The statement from city council acknowledges the land that Spokane is built on was once the land where the Spokane Tribe of Indians and many others lived. 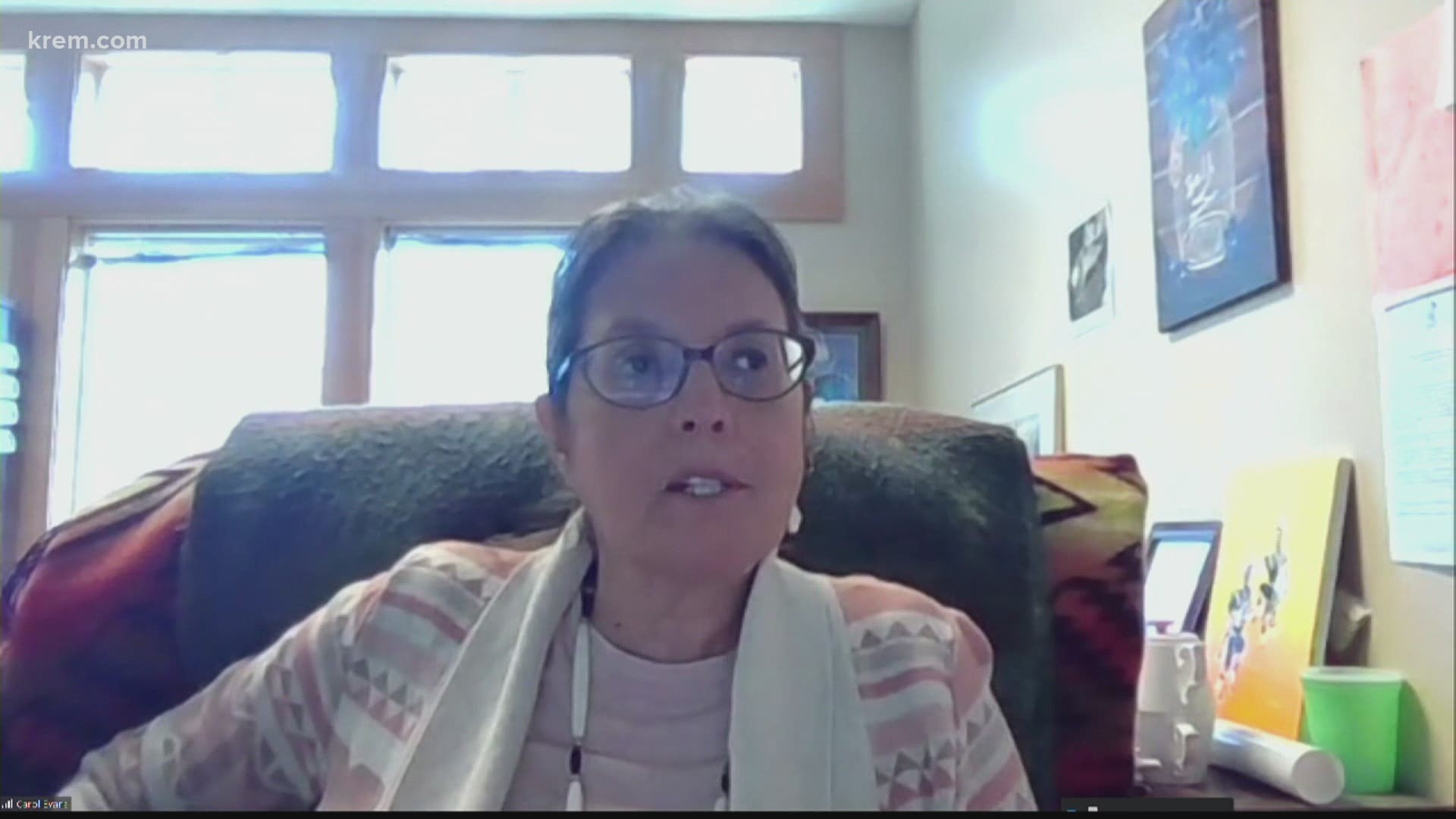 SPOKANE, Wash. — The Spokane City Council posted a “Land Acknowledgement” on Facebook Monday night acknowledging that the city's land was once inhabited by the Spokane Tribe of Indians.

The resolution was approved on March 22, 2021, in a city council meeting. The post of the acknowledgment has now been shared over 100 times on Facebook. One of those shares is the newspaper of the Spokane Tribe of Indians, "The Rawhide Press." The statement acknowledges the land that Spokane is built on was once the land where the Spokane Tribe of Indians and many others lived.

We acknowledge that we are on the unceded land of the Spokane people. And that these lands were once the major trading center for the Spokanes as they shared this place and welcomed other area tribes through their relations, history, trade, and ceremony. We also want to acknowledge that the land holds the spirit of the place, through its knowledge, culture, and all the original peoples Since Time Immemorial.

As we take a moment to consider the impacts of impacts of colonization may we also acknowledge the strengths and resiliency of the Spokanes and their relatives. As we work together making decisions that all benefit all, may we do so as one heart, one mind, and one spirit. We are grateful to be on the shared lands of the Spokane people and ask for the support of their ancestors and all relations. We ask that you recognize these injustices that forever changed the lives of the Spokane people and all their relatives.

We agree to work together to stop all acts of continued injustices towards Native Americans and all our relatives. It is time for reconciliation. We must act upon the truths and take actions that will create restorative justice for all people.

Before settlers moved into the area around Spokane Falls, the Spokane Tribe of Indians made their home in about 3 million acres of Northeastern Washington and sometimes parts of Idaho and Montana, according to the tribe’s website.

In an overview of the March 22 meeting, Spokane Councilwoman Karen Stratton spoke about the acknowledgment.

“This was an is a public acknowledgment of our honor and respect for the Spokane Tribe and the tribal lands we inhabit,” Stratton said.

On the tribe’s website, it lists 2,900 enrolled members left in the tribe that now operates out of Wellpinit, Washington.

Spokane City Council hopes the acknowledgment will lead to a stronger relationship with the tribe.

“It expresses our sincere commitment to build a stronger and more productive relationship with all of the regional tribes and our urban Indians as well,” Stratton said.

This acknowledgment also comes at a time when the state legislature banned Native American mascots in Washington schools. Schools are not allowed to have mascots of indigenous origin without a relationship with local tribes.