According to a WinCo Assistant General Manager, about 40-50 protesters have gathered outside the store. 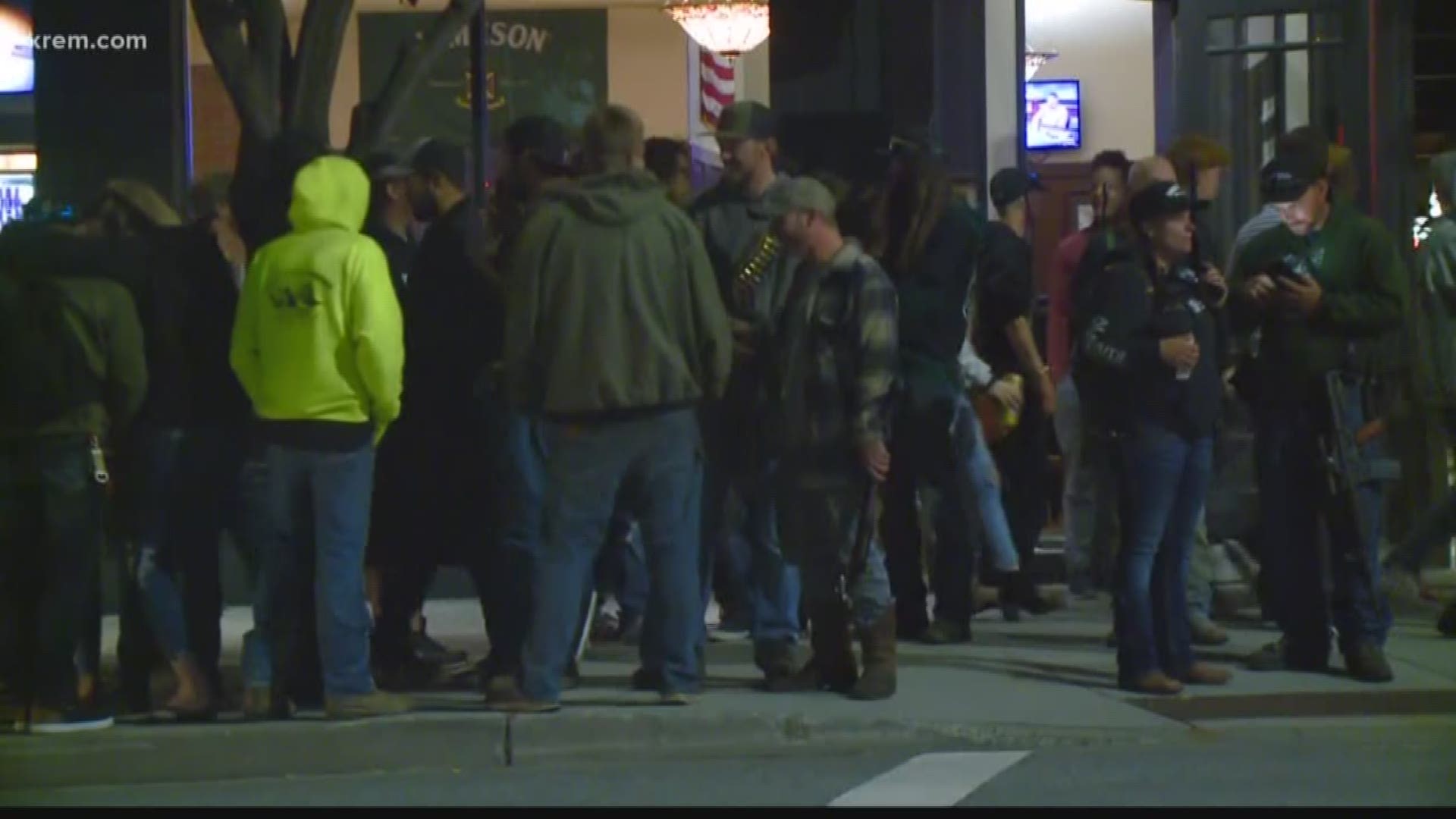 COEUR D'ALENE, Idaho — Protesters gathered outside of the WinCo Foods in Coeur d'Alene on Monday evening.

An assistant general manager at the store told KREM that he estimated there were 40-50 protesters in front of the store as of about 6:40 p.m. on Monday evening. Most of the crowd had dispersed by 11 p.m. according to a KREM reporter.

Members of Black Lives Matter could be heard chanting "all lives matter," and "I can't breathe," "Black lives matter" and "George Floyd."

Floyd repeatedly shouted "I can't breathe" as a Minneapolis police officer knelt on his neck on Memorial Day, eventually killing him.

Several armed citizens also showed up at the protest. They told a KREM reporter they were there to protect Coeur d'Alene from any potential rioters, not to be confused with anyone from the Black Lives Matter protest, which was peaceful.

Members of the Black Lives Matter protest appreciated the armed citizens being there so they could communicate their message peacefully.

"The problem around the country is that the message is being lost, it starts off the right way... but unfortunately it seems like the later it gets, when the peaceful protesters leave, that's when all the craziness happens," one protester told KREM.

"Here, we're not going to leave, we're going to make sure that doesn't happen. And that's why we're surrounded by all these wonderful people who have guns, because they're letting us know "Hey, we're standing out here because we believe in you, but we don't want the rioting and looting to happen,"' he said.

Demonstrations have also taken place across the country and in Spokane in the past few days in response to Floyd's death. The officer involved, Derek Chauvin, has since been charged with third-degree murder.

It appears that the protest has remained peaceful. At least one business, Clark's Diamond Jewelers, has boarded up its windows and doors as a precaution.

According to KREM's Dave Somers, who was at the demonstrations, messages on protesters shirts include "Shoot, shovel n shut up," and "208 riders."

RELATED: 'Lawlessness will not be tolerated': Spokane Sheriff says Antifa to blame for unrest, second day of protests possible