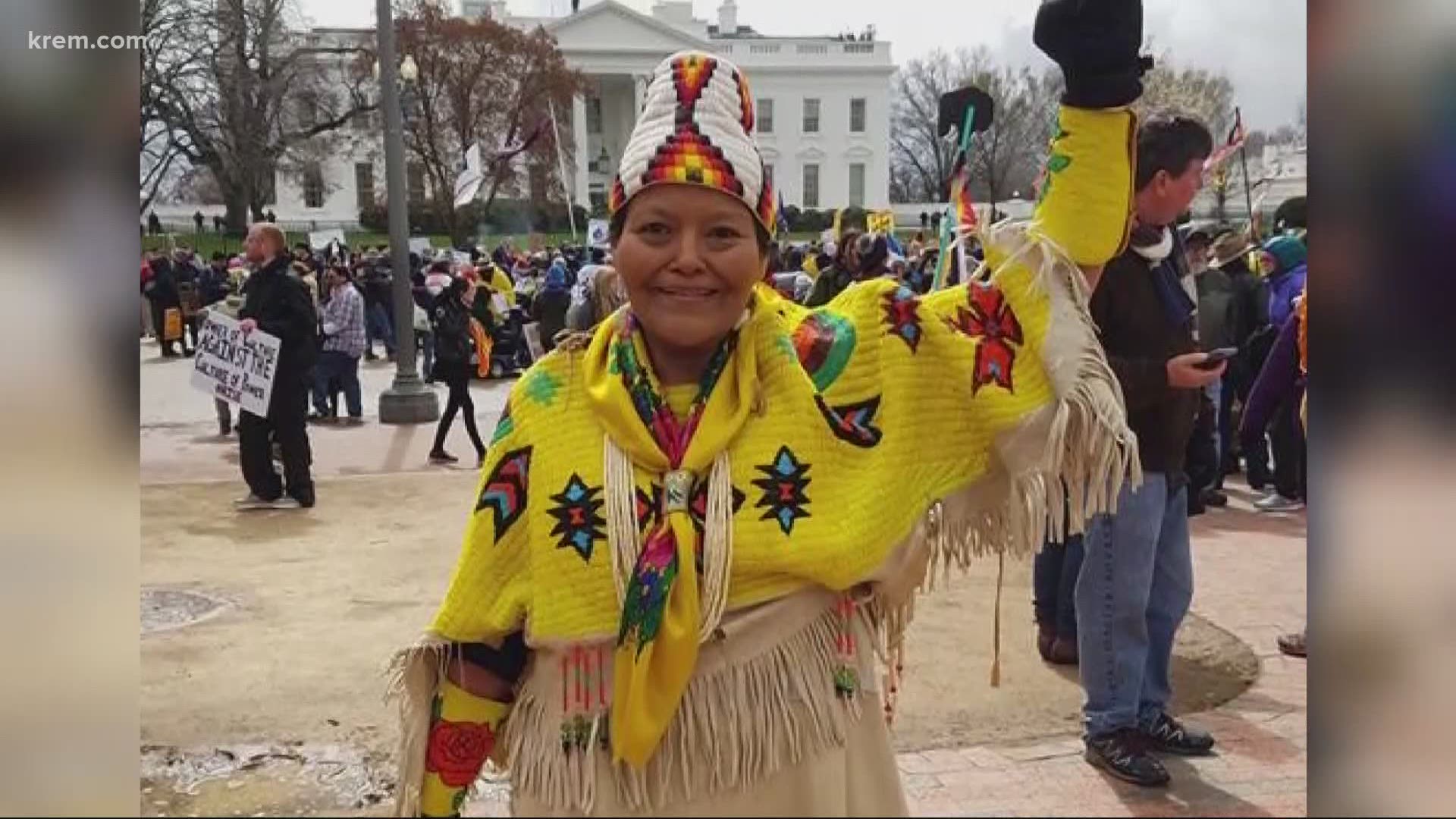 SPOKANE COUNTY, Wash — A life of service was cut short on New Year's Day. Longtime activist on the Spokane reservation, 66-year-old Deb Abrahamson, died after battling cancer for half a decade.

Born on the Colville Indian reservation in March 1954, Abrahamson made her life goal to leave the world better than she encountered it. She led the Spokane Tribe of Indians in a fight against nuclear energy and for the preservation of a clean earth, chair of the elected leadership of the tribe Carol Evans said.

"Even though she left this earth, she's still with us in spirit," Evans added.
"I just have to continue to remind myself of that she will always be here to inspire us to do the right thing."

She and the Tribe blame mining pollution and uranium contamination for her cancer.

"It's a real sense of loss, her activism, and her strong, powerful voice," former tribal attorney Margo Hill said. "Her ethics on environmentalism and the earth is just amazing."

She was a voice for the voiceless.

She was an inspiration for many, serving as a mentor for all ages. She started marches and rallies from Spokane to Navajo Nation to Standing Rock.

"She wrote the book on activism," Hill said. "But to us at home, whenever we needed something, she was there."

The tight-knit community was strung together by Abrahamson. She helped run the clean and sober house on the reservation. She was active with MMIW,  Murdered and Missing Indigenous Women, a coalition dedicated to stop violence against Indigenous women, girls and Two Spirit.

"She always spoke truth to power," Evans added. "She did it in a way that people listen."

She was known for speaking her mind and sharing her traditional tribal knowledge, as well as the legal and science knowledge. On the same day that she wove baskets, picked berries and got medicine, she would argue with EPA lawyers about the reservations legal rights.

"This was an Indigenous, Indian woman with so much intelligence, who chose to follow her calling, her indigenous roots, her way that was taught to her as she grew up," Evans said.

She was family to everyone she encountered, touching the lives of thousands of Indigenous people across the county. The woman say Abrahamson’s children and grandchildren were the ones that gave her the most will to keep surviving.

"We're left in this world where we're all sad, 'she's gone, she's gone,' and we're hurting," she added. "But I think of it in another way, she hurts no more."

After being diagnosed in 2016, the cancer took a real toll on her on her body but it didn't affect her mind, soul and spirit, Evans said.

Her impact on the community will remain ever-present, especially as her children help the community speak out against injustices.

An outpouring of support is being shared in a Facebook group to honor the powerful activist.