The history of the potential change to Whistalks Way dates back to the 1800s. Whist-alks was a member of the Spokane Tribe and wife of a Yakama sub-chief. 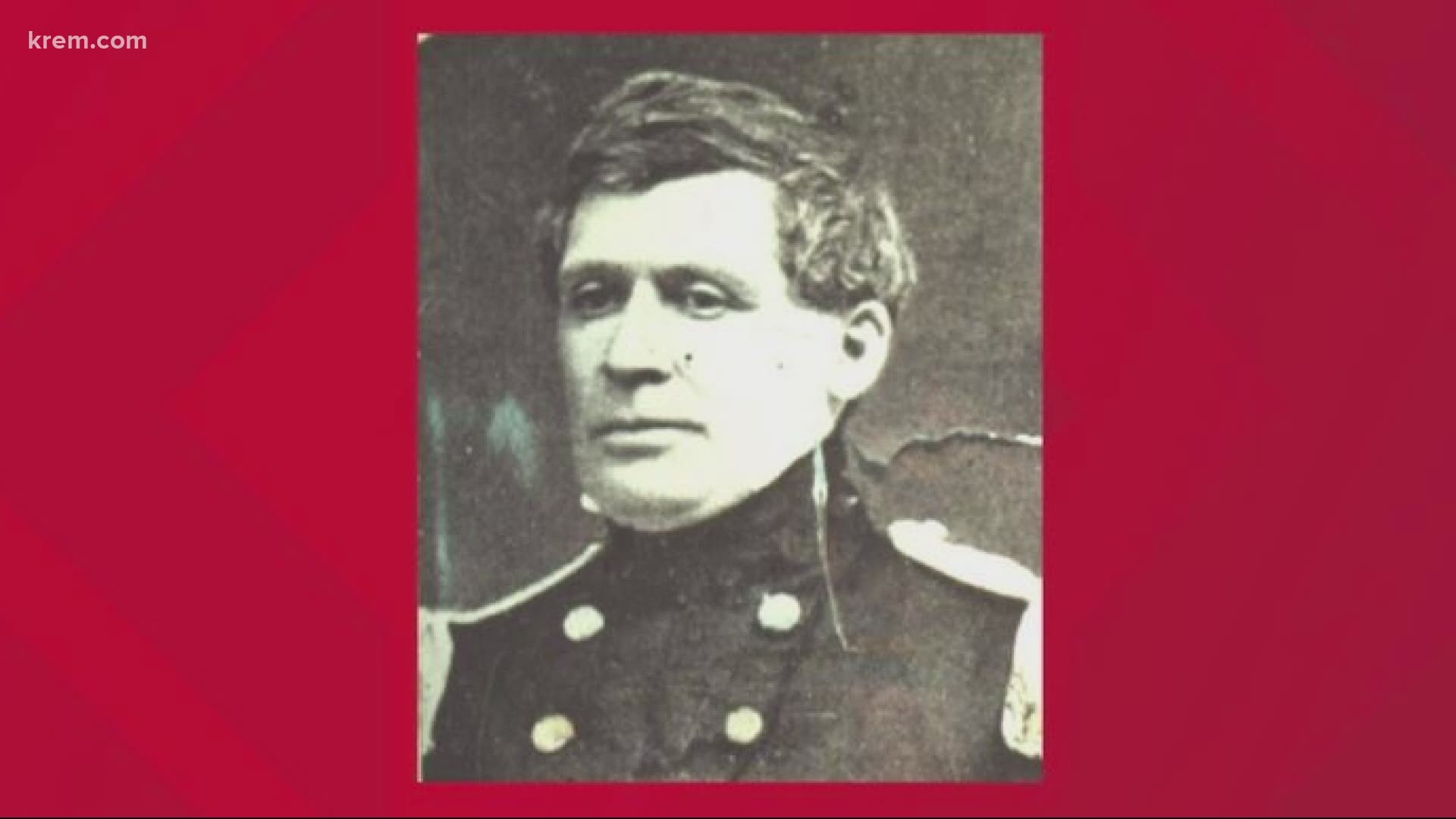 The history of the new potential name dates back to the 1800s. Whis-talks was a Spokane Indian and the wife of Qualchan, a Yakama sub-chief who was ultimately killed by Colonel George Wright.

Wright was a U.S. Army colonel who slaughtered indigenous people, hundreds of horses, livestock and crops in an effort to gain land.

Wright hanged any Native American he suspected of having fought against him following a mock “trial.” He had no authority to conduct a trial under military law, according to the Spokane Historical Society.

Some of Wright’s enemies were invited to a camp on Latah Creek to make peace. Instead, Wright arrested and executed at least 16 natives, according to the historical society. This area is known as Hangman’s Creek.

At a meeting on Wednesday, the Spokane Plan Commission voted on changing the name of Fort George Wright Drive and unanimously approved that it head to the Spokane City Council.

Several people who testified at the meeting were in favor of the change, specifically those from the Native American community in Spokane.

"As a Native American, and as a resident of Spokane, I think it's absolutely disgusting that there's this homage to genocide and a celebration of this awful person who did horrible war crimes," said Jacob Johns, a supporter of the change.

"There are 16,000 identified residents who are tribal members, also 325 tribes that have been counted for," said Angel Tomeo Sam, a Native American with lineage of Whistalks. "I want to assure this community, this is the right thing to do."

While the majority were in support of the name change, several were not.

"That's Fort George Wright and everybody knows it as such," said Spokane resident Thomas Cooney. "It was made in 1858."

All members of the Spokane Plan Commission voted to change the name and said they felt honored to do it.

"We've had this on our tentative workplan for years. I'm so glad we actually have the opportunity to recommend this change, I'm just glad I'm part of helping make that change occur," said Plan Commission Vice President Greg Francis.

The potential name change is now heading to the Spokane City Council for a public hearing. Plan Commission members say it will happen before the end of the year.

RELATED: Who was Col. George Wright and why Spokane groups are calling to rename street honoring him