Country Chevrolet Buick Owner Cory Fitzgerald said a log truck rolled while going through a roundabout in front of the dealership on South Main Street. 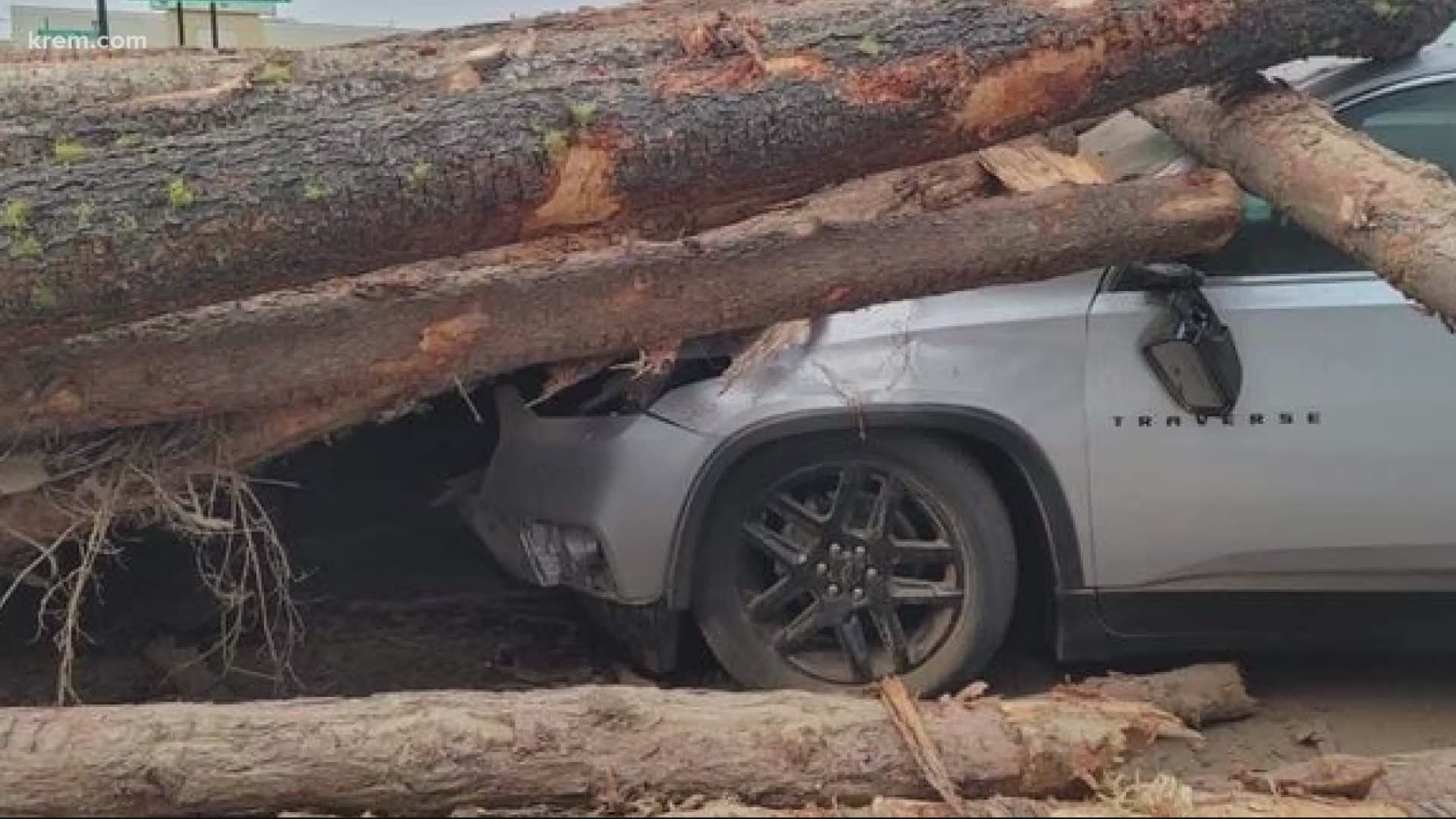 COLVILLE, Wash. — Four cars were damaged at a Colville car dealership on Thursday morning when a log truck rolled over, sending logs onto the vehicles and causing about $140,000 worth of damage, according to the owner.

Country Chevrolet Buick Owner Cory Fitzgerald said he got the call about the crash around 5:45 a.m. He said the log truck rolled while going through a roundabout in front of the dealership on South Main Street.

“The whole town has seen my misfortune,” Fitzgerald said with a laugh.

Fitzgerald was in great spirits when he spoke to KREM 2 over the phone on Thursday. He’s not letting the accident get him down.

In fact, he posted a picture of one of the damaged cars on Facebook and asked people to give their best captions. The winner will get $50.

“What better way than to make fun of ourselves,” he said.

He plans to pick a winner some time on Thursday afternoon. As of noon, there were over 350 comments and it had been shared 91 times.

One caption says, "This WOOD be a perfect family car!"

Another says, "Cars so Eco Friendly even the trees love 'em."

Caption Contest! Best Caption or Meme wins $50 cash! See our examples in the comments, and reply with your caption.

Fitzgerald said three of the four cars that were damaged are totaled and the other can be repaired. He said new cars are hard to find right now but this isn’t going to get him down.

“It’s definitely not the worst day of the year,” he said.

Fitzgerald said the logging company has been fantastic in helping with the clean-up.