After the employee asked to get out of the car, the suspect told him she would have a male riding in the car with them beat him up, documents say. 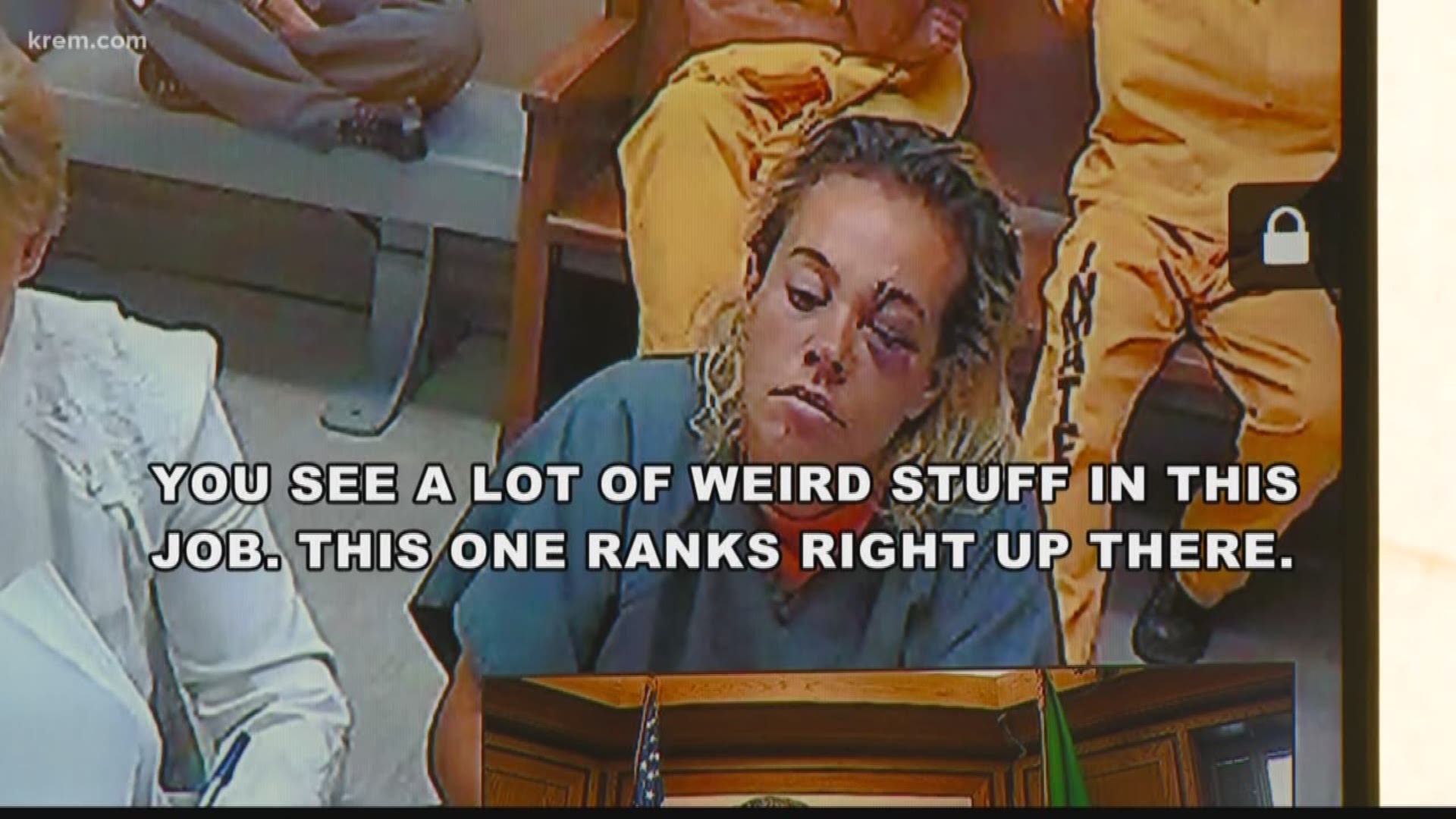 SPOKANE, Wash. — Court documents filed in Spokane County on Sunday say that the suspect in a kidnapping and pursuit during a test drive told the employee in the car that she hoped he was ready to die.

Kasandra Ayala, 32, started driving on Interstate 90 after dropping off an eight-year-old girl during during the test drive at about 2 p.m. on Saturday, documents say.

The Dave Smith Nissan employee told officers that he told her to head back to the dealership because the drive was over. After this, she told him "something to the effect of 'hope you're ready to die today'," according to the documents.

The employee told officers that she said she was going to Walla Walla, after which he called his boss and told him to call 911, documents say.

After the employee asked to get out, Ayala told him she would have a male riding in the car with them beat him up, according to the documents. The male told Ayala "something to the effect of 'Babe, I don't want any part of this, let me out,'" according to documents.

After letting the male out of the car in a parking lot on Second Avenue, she resumed driving, court documents say. The employee called 911 and spoke with dispatchers during the pursuit.

Credit: Spokane Police Department
A photo from the scene of the crash between suspect and officers

As the low-speed chase continued, Ayala pulled into a parking lot, giving officers the opportunity to block the vehicle. But she avoided the patrol cars and drove out of the lot, increasing her speed, police said.

When officers tried to block the vehicle in again at 14th Avenue and Latawa Street, Ayala then drove through the police cars, striking three of them.

Police said a patrol sergeant struck the vehicle with his own, ending the incident.

Ayala and the officer received minor injuries and were taken to the hospital for evaluations. Three Spokane Police Department cars and the sergeant’s vehicle were damaged during the incident.

The employee told officers he feared for his life during the pursuit.

During an interview after the pursuit, Ayala admitted to consuming methamphetamine and told officers "her occupation is to cleanse the world of demons by collecting them in her body," according to the documents.

She told officers during the interview that "she started 'seeing demons' and the 'world more clearly' when she began taking methamphetamine two years ago," documents say. She also told officers that "she was currently expelling demons from her body while they spoke."

Ayala is charged with kidnapping, taking a motor vehicle without permission, several counts of assault, driving with a suspended license and driving under the influence. Police say she is known to law enforcement.

The state Department of Corrections says Ayala is under supervision in Washington for a possession of controlled substance conviction out of Idaho.

RELATED: Suspect pulled from river was arrested in Spokane in June for stealing car