Bystanders save woman from burning car in Spokane

A fire official said if the passersby hadn’t stopped to help, the woman likely would have died. 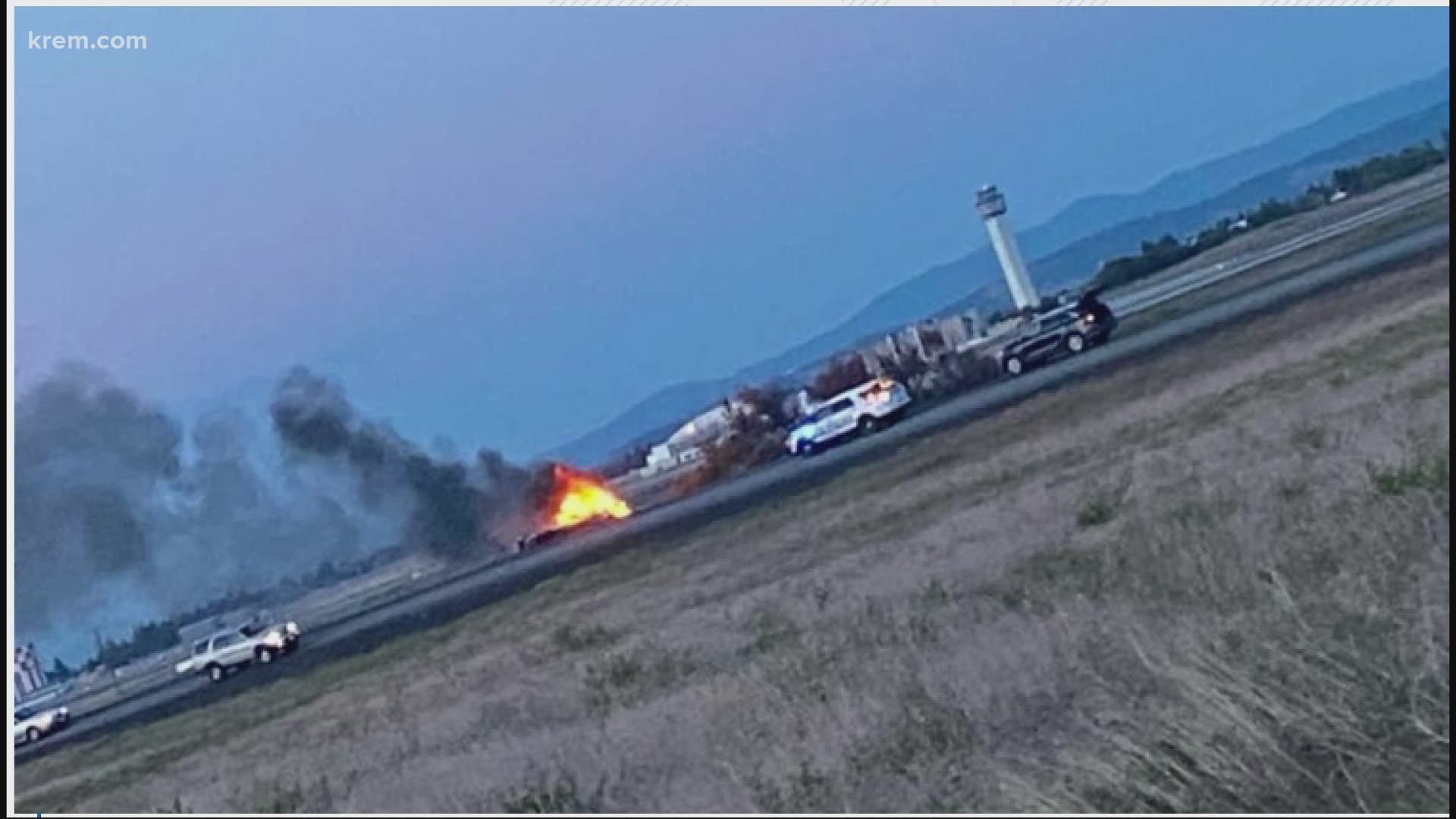 SPOKANE, Wash — Three bystanders helped pull a woman from a burning car in Spokane just after 9 p.m. on Thursday.

Spokane Fire Department responded to a call of a car fire at the intersection of Hayford and Thorpe Roads. and were told a driver was trapped in their car after a rollover crash.

In a press release from SFD, one of the bystanders gave SFD a recount of the incident.

SFD said the man told them he was driving behind the car when he rounded a corner and saw her car left the road and was upside down in an embankment. He then said he pulled over to help, along with two others. He said the three of them tried to pull the woman to safety while the engine was already on fire.

Another bystander who jumped into action told SFD the situation became even more intense when they saw a baby's car seat in the back of the car. Fortunately, there was no baby in the car at the time.

In the press release, SFD said they wanted to thank the citizens who jumped into action and risked their own safety to save the woman. A fire official said if the passersby hadn’t stopped to help, the woman would likely have died.

The Spokane Fire Department added to the statement saying they encourage the community to notify 911 and not put themselves in harm’s way during an emergency. In this instance, fire officials believe the community members’ actions did indeed save a life.