The Central Valley School District sent a message to families around 7:40 a.m. on Thursday to be aware while commuting to school. 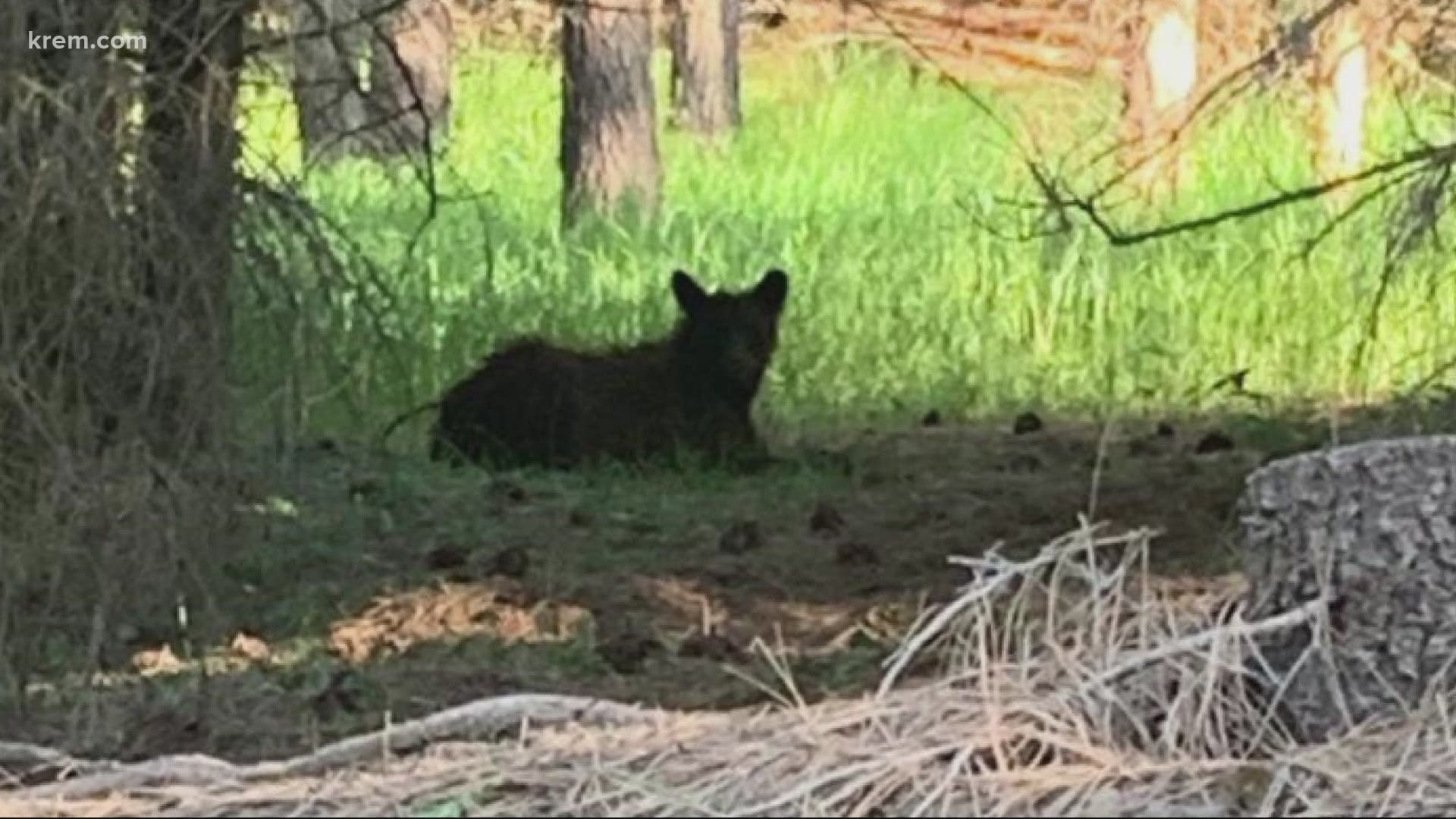 SPOKANE, Wash. — The Washington Department of Fish and Wildlife (WDFW) is still searching for a bear that was spotted on Mohawk Drive in Spokane Valley early Thursday morning.

According to WDFW spokesperson Staci Lehman, the bear was spotted again around 3 p.m. in the same general area. Wildlife officials say they expect there to be more reported sightings.

In a message to University High School, Horizon Middle School and Chester Elementary School families, the Central Valley School District told families to make sure students had a safe route to school.

The district contacted Washington State Patrol (WSP) and the WDFW. The departments responded to the area.

Here is the message sent to families:

"UHS, HMS, & Chester Families: A bear has been spotted at the bottom of Mohawk Drive, rummaging through garbage this morning. We have contacted State Patrol and Fish and Wildlife, who are on their way to the area. Please be aware to make sure your child is safe in route to school."

WDFW says people living in the area should secure their trash, keep pet food inside if possible and to take bird feeders down to help keep the bear away from humans. They also recommend that people not feed smaller wildlife because it could attract larger animals.

If you happen to encounter a bear, WDFW recommends you do the following:

WSP troopers recently responded to another animal sighting near Liberty Lake last Friday. Two moose led to the brief closure of Interstate 90 as troopers worked to move them away from an area near the Appleway interchange. Troopers performed a rolling slowdown to get the moose away from the road.

RELATED: 'Moose on the loose' forced closure of I-90 near Liberty Lake on Friday