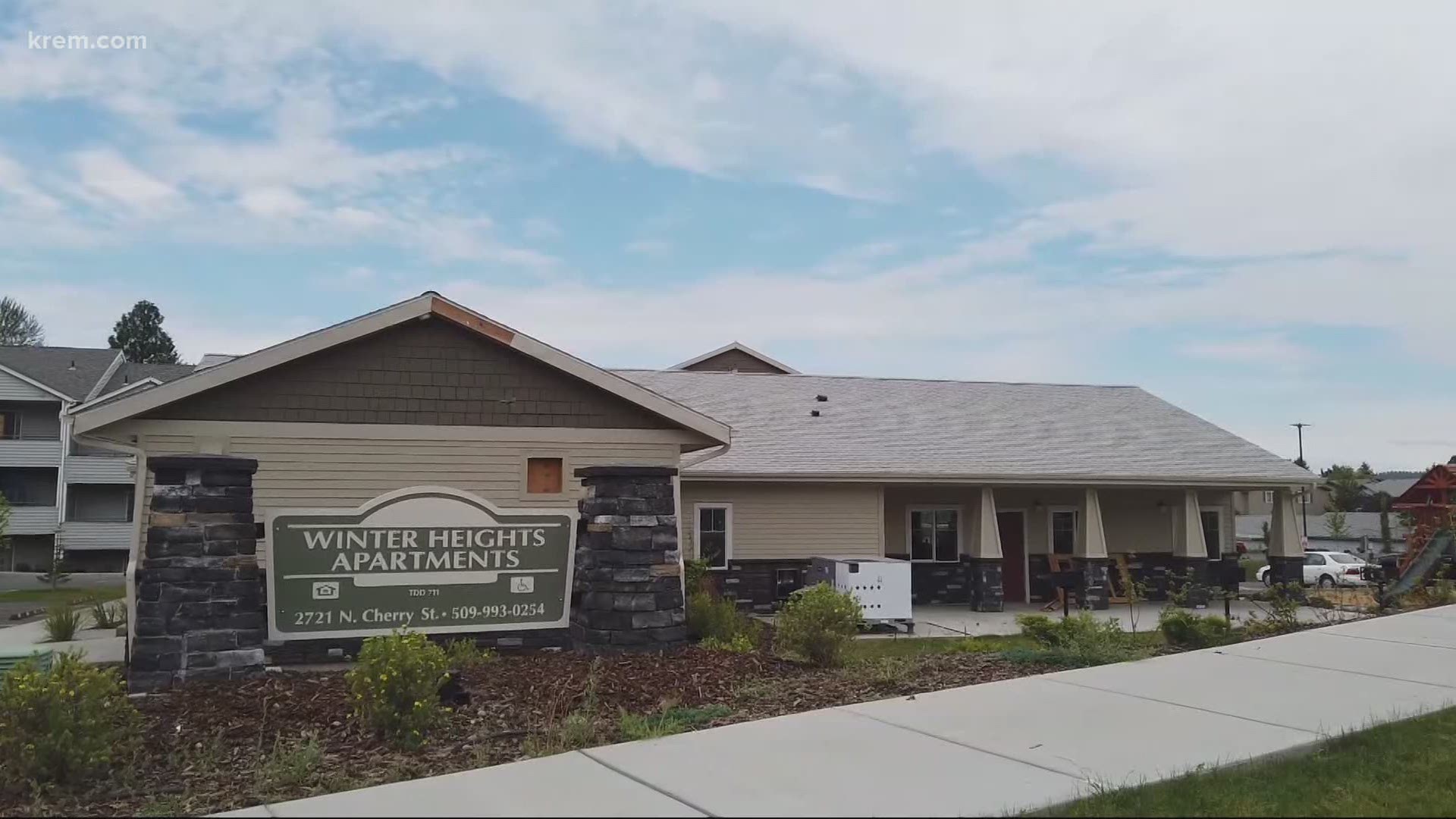 Inslee's extended proclamation established a temporary moratorium on evictions for the inability to pay rent as Washington residents deal with the COVID-19 pandemic. It specifically prohibits landlords from threatening to evict tenants for unpaid rent and specifics they have to enter into repayment plans with tenants.

Whitewater Creek Inc., a company based in Hayden, Idaho, owns and manages low-income housing units in eastern Washington and threatened residents with eviction for unpaid rent, Ferguson's office said in a release.

Emails obtained by the Attorney General's Office show a company owner pressured property managers to collect rent from resident who were struggling financially as a result of the pandemic.

An email sent on April 20 by Mary Prescott, one of the company’s owners, to a property manager asked to confirm that a resident “will be evicted for past due rent when courts reopen," according to Ferguson's office. On April 21, she sent another email noting a property manager needed “to hold these [residents] accountable” to pay rent.

RELATED: Can I be evicted in Idaho, Washington?

Whitewater Creek manages and owns low-income housing units across 12 housing complexes in eastern Washington. The property was developed with up to $26 million in a combination of low-income tax credits and tax-exempt financing authorized by the Washington State Housing Finance Commission.

Ferguson's office received complaints from multiple tenants at Whitewater Creek properties alleging various violations of Inslee's proclamations, including verbal threats of eviction for failing to pay rent or other fees.

In April, one tenant suspected that the threats were not being memorialized in writing to avoid evidence of violating the eviction proclamations, Ferguson's office said.

Another resident asked to make a partial payment or go on a repayment plan based on the federal stimulus payment she expected, according to Ferguson's office. Whitewater Creek informed the resident, who is a single mother of young children, she would be evicted the day courts reopened for eviction proceedings if she did not pay the full balance owed. When she attempted to contact Whitewater Creek’s corporate office to dispute the eviction threat and find out how much the legal fees would be, she was informed that she would be “charged with harassment” if she did not stop calling.

Ferguson's office said this resident expressed fear of retaliation for attempting to contest the eviction threat and also worried she would lose custody of her children if evicted.

Around the same time in April, Whitewater Creek personnel threatened another resident with eviction for being one month behind on the balance she owed, Ferguson's office said. After the resident, who is an unemployed single mother with two young children, informed Whitewater Creek staff that she had just been approved for unemployment and hoped to soon be caught up on payments by the end of the month, a property manager instructed her to pay whatever money she had at the time to avoid eviction.

Ferguson's office sent a letter in May requesting, among other things, that Whitewater Creek immediately notify all residents of Inslee's proclamation that prohibits threats of eviction and that the company would comply. Instead of issuing such notices and providing copies to Ferguson's office, Whitewater Creek has "consistently denied that it threatened to evict anyone, contrary to internal email communications confirming that it threatened residents with eviction at the Prescott’s direction."

This is the second lawsuit Ferguson has filed to enforce the eviction moratorium. The previous lawsuit against JRK Residential, a Nevada-based property management company with units in Tacoma, Silverdale and Marysville, resulted in payment of nearly $350,000 — including almost $300,000 directly to tenants in the form of refunds, payments and rent forgiveness.

Assistant Attorneys General Cindy Chang and Patricio Marquez will be the lead attorneys on the Whitewater Creek case.

Washington residents concerned about violations of the governor’s eviction moratorium can file a complaint online. Landlords who have questions about the eviction moratorium or their rights under the proclamation can contact the Attorney General’s Office.